The Queue: International Man of Mystery 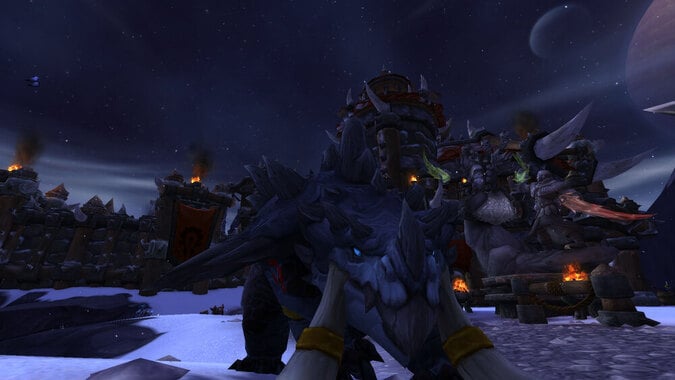 How about that secret Mystery writer™? Who do you guys think it is? I sure hope that we find out soon!

Well then Hi!  I’m sure that these next six months without Anne will just fly by — I’m going to be keeping her spot warm until she gets back. This is my very first Queue and I’m very excited to be here. Let’s just dive in and Queue!

ELIZABETH KIND OF ASKED THIS

What even is time?

Time is a flat circle.

Which is all to say, nobody really knows what time is. For something that is so accounted for with every moment of the day whether it’s on watches, calendars, or smartphones it’s really easy to lose time. The last week of the year is a good example with all of the different holidays and traveling and family showing up. But who hasn’t sat down at their computer just to check something really quickly, and then found that it’s three hours later because they fell down a Wikipedia hole. Blockbuster Videos (for those of us older than Mitch) were also notoriously good at making an hour pass by in the blink of an eye.

So is this going to be Mitch’s dream pet?

I’m not Mitch, but I have spent some time with him so I thiiiiink that I’ve got a pretty good handle on what he’s looking for in a pet. You’re really close, but we all know that Mitch’s one true love is Xal’atath. So If he was to get a dream (nightmare?) pet it would have to be Xal’atath floating at his side and whispering void secrets to him.

I’d really love to see all of the sentient Artifacts from Legion get that treatment actually. They had personalities! Why can’t my Mage keep Aluneth around to offer cutting remarks about the talents of other Mages?

FALRINN IS SPENDING TOO MUCH TIME ON ISLANDS

After doing a lot of island expeditions, I’m really starting to wonder if the “pull everything” method actually saves any amount of time on average, even if you have a tank in the group.

Sure you spend less time actually fighting mobs, but I don’t think it’s enough to make up for the fact you end up missing a whole bunch of azerite nodes and the heightened risk of a wipe.

I love the Island Expeditions. They’re great for turning off your brain and just shooting the breeze with friends, or listening to podcasts or watching tv. But if you’re looking to get as many done as quickly as possible the “Tank grabs everything that isn’t nailed down” method is great for that — with some planning. You’re right that there are some chances the tank will die, or that you’re leaving a trail of free Azerite for the enemy team to collect. Even with a 440 item level, my Guardian Druid will eventually fall over if I’ve pulled half of the Island and I’m by myself.

The best plan I’ve seen with a coordinated group is to have someone run with the tank. That way elites will die before the tank does, and you can start getting the Azerite orbs that heal you and give you a damage boost. Have your third member just click boxes and mining nodes in the trail behind the tank pile. Bonus points if that person is a Druid so they can open chests in Travel Form.

If I’m by myself I’ll just take it on a pack by pack basis. That way you can always gather Azerite after each group. Make sure to grab the extra action button items that have the red outlines, especially the Void Wand and Dragon’s Breath. They’ll help you solo faster and you’ll be done in no time!

Q4tQ: I didn’t realize how extensively the Wraithchill illusion modifies the weapon’s appearance. Do you think Blizzard will add other illusions that do so?

I hope so! Adding more unique enchants like that could be a really great source of new rewards and incentives. Anything that isn’t a new pet or mount is always welcome. Not that I don’t like getting pets or mounts, but I have so very many, and more customization is never a bad thing. Off the top of my head, there are easily a bunch more they could add. Rainbow textures from a hidden cow level, or a Void overhaul for your weapon that you get from defeating a powerful void lord while wearing the Gift of N’zoth.

MUSEDMOOSE WANTS TO GO BACK TO THE BEGINNING

Question for the Queue: what’s the oldest character you have in WoW? And are you still playing them?

The very first character I made in Warcraft was a Dwarf Hunter with a bear for a pet. I watched that first cinematic and just had to be that cool. But I didn’t end up liking the original Hunter playstyle that much, and Burning Crusade was coming out soon. So when I could make a Draenei Paladin I made the switch. She was my main for all of my time from Burning Crusade to Cataclysm. I switched to Enhancement Shaman during Mists of Pandaria — because more than half of my raid was using the same armor token — He was my main through to the end of Warlords of Draenor.

Now I’m a Guardian Druid. I saw the first teaser of the new Druid forms that were going to be available in Legion and knew that I had to get my paws on the Werebear form. I don’t see myself changing anytime soon. Bears are just too much fun.

Q4TQ: What shaman ability do you want Holinka the Upruner to bring back most that has not already been announced?

I want all of the extra support tricks that Shamans had brought back. Playing Enhancement during Mists of Pandaria was the best. If my group was in trouble I had all of my healing totems, fear breaking totems, and Elemental totems. I remember being able to drop a Primal Earth Elemental, then tether myself to the Earth Elemental for a damage reduction and healing boost, and then drop Healing Tide Totem for some truly impressive off-heals. Having those tools in the toolbox really helped make my Shaman feel like an asset outside of just the damage I could do or the Bloodlust I could cast.

Or the crazy lightning effect when Enhancement used Ascendance — It feels like you’re throwing farts right now. Which is pretty hard to compare to feeling like Emperor Palpatine yelling “Unlimited Power”!

Whew! That was fun!! You’ve been a great audience. I’ll see you all next week.

Make sure that you all toss some questions to your Anna. She’s up next for our very last Queue of the decade!!