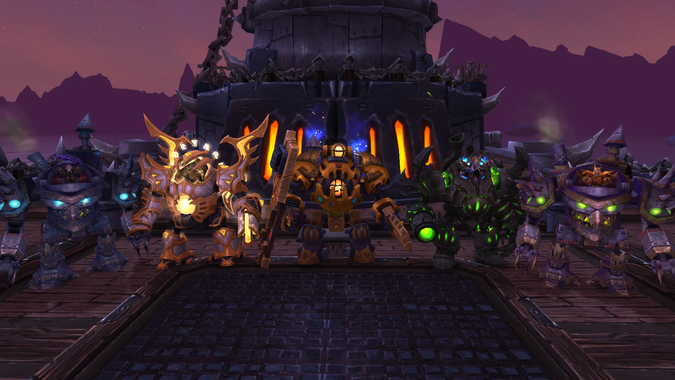 There are a lot of mounts in World of Warcraft — big ones, small ones, some made out of heads. With over 500 mounts to choose from, picking just one to be your favorite can be daunting. Let alone which do you ride on a quest by quest basis. But between all the dragons and winged horses and “Guaranteed Not to Explode™” Goblin Rockets there is one that stands out to me. That’s the G.M.O.D. that I got out of the Battle of Dazar’alor.

I love the ostentation on it. It’s covered in gold and gems and a big picture of Gallywix’s face, and there’s the giant lightning claw on one arm. It’s got a great strut when you’re walking around on the ground, and I love the barrel rolls that it’ll do in flight. It makes it seem a little less boring than just the standard wing flaps on Hippogryphs or Phoenixes, and it feels like I reach my destinations a little quicker.

Choosing what to ride is harder though. My main character is a Druid, I have all these mounts but none of them are instant cast like Travel Form is. When you’ve just finished killing that Faceless Minion of N’zoth and see the patrol of Fleshbeasts coming around the corner, you don’t have a second to spare if you want to avoid being stuck in more combat. So the Flight Form is a go-to on him. 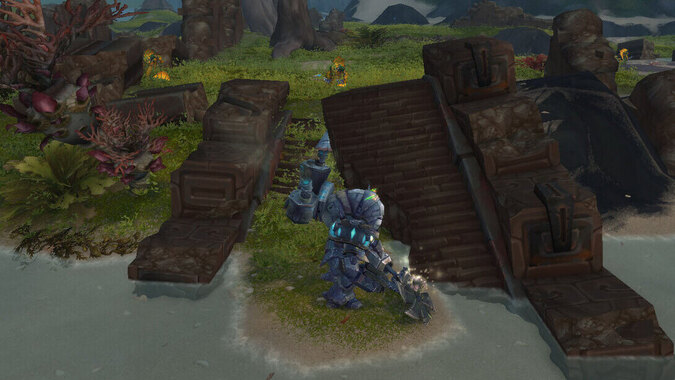 Even when I play my Demon Hunter I find myself limited in what I can choose. She’s a Herbalist so if I’m not riding in the Sky Golem for its ability to pick herbs while staying mounted — I’m missing out. I know that there are items out there like the Monel-Hardened Stirrups that would let me ride anything and still pick flowers. But have you seen their prices? I’m not made of gold, despite how blinged out my G.M.O.D. is.

Outside of Warcraft, there’s only one mount even worth mentioning in my eyes. That’s, of course, the Fatter Cat mount from Final Fantasy 14. Would it work as a mount in Warcraft? Maybe, maybe not — but I love it anyway.

What are your favorite mounts? How do you manage to choose between the hundreds available? Do you go for class fantasy and only put your Death Knight on undead mounts, or your Warlock on demonic mounts? Do you hit the Summon Random Favorite button and just go with whatever you get? Or is there a special mount that you worked really hard to earn that is the only mount you’ll ride?

Blizzard Watch is made possible by people like you.
Please consider supporting our Patreon!
Filed Under: Druids Are Cheating, Fat Cat, GMOD, Mounts, Sky Golem, So Many Mounts, Travel Form
Advertisement