Why is Baldur’s Gate 3 so important? 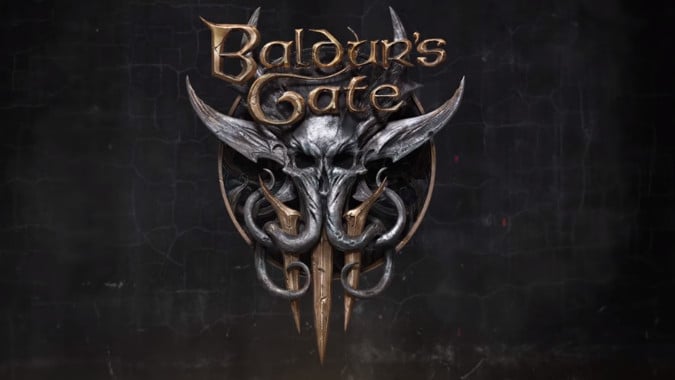 If you don’t know the Baldur’s Gate series, you may be wondering why Baldur’s Gate 3 has generated so much buzz online. As a game series, Baldur’s Gate has basically been the standard bearer for a certain kind of Role Playing Game for over 20 years now. If we think of the Ultima series as sort of the grandfather of all western CRPG’s, and the old D&D Gold Box games as the wellspring from which they all descend, then two series created the modern landscape of role playing games as video games — Blizzard’s Diablo series, and Bioware’s Baldur’s Gate.

Nowadays, with Bioware busy doing Anthem and maybe Dragon Age 4 — we can hope, anyway — the license to make games based on Dungeons and Dragons has long since been passed on to other game studios. Unlike Diablo, which Blizzard owns, Baldur’s Gate is part of the world of Faerun, the campaign setting for the Forgotten Realms created by Ed Greenwood and used as part of D&D since the late 1980’s. As such, when Wizards of the Coast were looking for a new studio to carry on the legacy of the Baldur’s Gate games, they quite naturally turned to Larian Studios, a company that has been carrying on the tradition started by the Baldur’s Gate games for years with Divinity: Original Sin.


Baldur’s Gate is in the bones of modern gaming

I view modern computer RPGs as descending from a series of primordial games. The Gold Box D&D games tried to replicate the experience of playing a tabletop RPG, with mixed success. The Ultima games took heavy inspiration from those games, but also mixed in idiosyncratic elements like spaceships and computer punch cards before evolving into extremely complex and philosophical games — and then descending into mediocrity. The influence of RPGs from Japan like the Final Fantasy and Chrono series is still with us, too.

Western RPGs since 1990 seem to spring from two divergent paths of reaction to the impact of JRPGs. One path was born with Diablo — a fast and frenetic action RPG which made smashing monsters for loot a core part of its gameplay and identity, and which birthed games like Path of Exile as well as Destiny — and yes, Destiny, with its emphasis on loot based gameplay, is a descendant of Diablo. On the other path lies Baldur’s Gate.

The Baldur’s Gate series is an indirect parent to the other main strain of western RPGs, and it’s one that has cross-bred back into the Diablo side of the family numerous times. Many game series that came out before either of these games like the Elder Scrolls series have been directly influenced by one or both of them — even games like Fallout aren’t free from this. In a very real way, without Baldur’s Gate, we wouldn’t have Mass Effect and we almost certainly wouldn’t have games like The Witcher, because the original version of that game series was made using the Neverwinter Nights engine. That game was a direct descendant of Baldur’s Gate.

So what makes Baldur’s Gate distinct? Well, it’s all in what elements of gameplay in emphasizes. Diablo is, as we pointed out before, all about grinding monsters into the ground and getting loot, it’s a single player experience that makes button mashing, monster smashing its core identity. Baldur’s Gate is a more tactical affair, where you manage a party and use their individual strengths to accomplish your goals. It made your party a part of the gameplay, having them bring individual personalities and stories to the game. If you loved Garrus in Mass Effect, you loved a mechanic that was born in the Baldur’s Gate series.

You may be wondering if it matters — if, so many years after Baldur’s Gate 2 came out, there’s room for a new game, and why would you ask Larian Studios to make it? Well, many games that have made a splash in the past few years — Pillars of Eternity, Pathfinder Kingmaker, Tyranny — have been heavily derived from the Baldur’s Gate formula. Remastered editions of games like Planescape Torment, Icewind Dale, and Neverwinter Nights prove that there’s still a market for these games. But Larian Studios have proved that they can bring a modern sensibility to a game that’s very much in the tradition of Baldur’s Gate with their Divinity: Original Sin series, which earned over 2 million dollars on Kickstarter for the sequel.

So far the reviews of Baldur’s Gate 3 are glowing. I’m not surprised. I am a little surprised that they’ve chosen to go with pure turn-based gameplay for BG3 when both BG and BG2 used a real time system with pause functionality for commands. But as the folks at Larian pointed out, when the series started, they were using the AD&D rules — that’s three editions of D&D ago, and the 5e rules that Larian is using for BG3 are even more solidly turn based. And it’s not like this is the first time a game has come out and gone turn based. When Troika Games put out Temple of Elemental Evil back in 2003, adapting the 3.5 ruleset, it used turn based combat as well.

So many modern games are inspired by or fusions of Baldur’s Gate and its rival/cousin Diablo. But Baldur’s Gate 3 is important because, if Larian pulls this off, it will not only return a beloved series to glory it’ll prove that you can update and improve on it while preserving what makes it great. That’s a pretty huge deal, and I for one am extremely hopeful. A high quality game that uses the 5th Edition D&D rules and manages to live up to the story and impact of the Baldur’s Gate series is definitely something I’d love to see right about now.