What do you think about the first day of Shadowlands datamining? 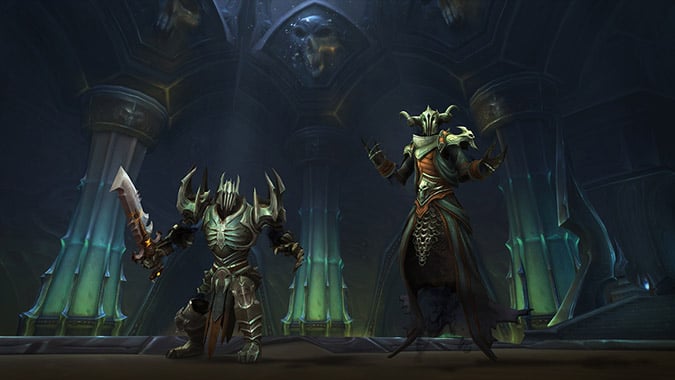 So, what do y’all think of the first day of datamining with the public Shadowlands alpha for World of Warcraft?

Please note, “Nothing, because I’m deliberately avoiding Shadowlands datamining and any and all spoilers” is still an answer to the question. And because I know there are a lot of people out there doing just that, I’m not even going to mention how amazing that character’s model is, or how blown away I was with the reveal that other character is going to be coming back, or that we’ll finally get some answers as to where that one boss from an infamous raid instance has been and why they weren’t seen in Battle for Azeroth.

I know it’s a touch maddening, but if I can help you avoid spoilers, I see no reason not to try.

But for those of us who did pour through every single moment of datamining like a starving animal denied food too long, what did you think? What are your overall impressions of what we’ve seen so far about Shadowlands? Did any particular reveal surprise or amaze you? Did you say, “I totally called it” or “Whaaat, that’s crazy!“? Is there any character that hasn’t shown up yet in the files that you were expecting? Any reveals you were hoping for and are disappointed you didn’t get them?

For me it’s that one character. You know the one I mean.

So please share with us what you think, feel, or speculate about the public Shadowlands alpha test now that we’ve had folks descend upon its digital flesh like ravenous beasts, hurling all of its previous encrypted secrets out onto the interwebs for us all to scrutinize like ancient prophecies, looking for that one loophole that’ll allow us to get Anduin Lothar back in the main game. I mean, at least that’s what I’ve been doing.

Blizzard Watch is made possible by people like you.
Please consider supporting our Patreon!
Filed Under: Datamining, Shadowlands, Shadowlands Alpha
Advertisement