How I made Kassandra from Assassin’s Creed Odyssey in D&D 5e, and how you can do the same for your favorite characters 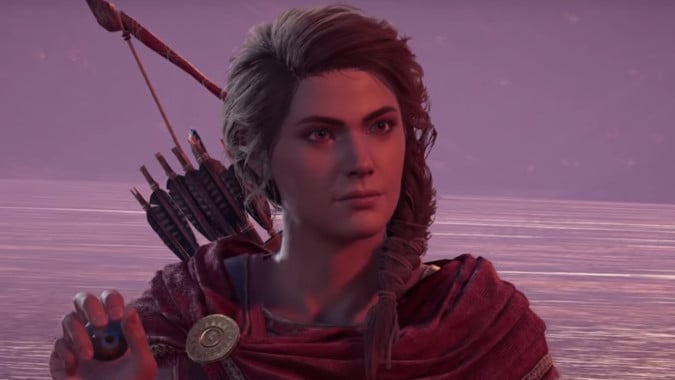 Before I even get started on this, let’s be clear — while I love Dungeons and Dragons, there are things it does not do as well as other game systems. I think Pathfinder 2 is a lot more flexible in terms of character creation options than D&D 5e, and I think games like Mutants and Masterminds do certain things a lot better than D&D does. But I know that the vast majority of players aren’t interested in learning the Cypher System no matter how much I think it does high fantasy weirdness of the Gene Wolfe style better than D&D does.

Also, I really like seeing people take the system about as far as they can. One of my interests is looking at how people model characters from various other media, from superheroes to video game characters or other options. I pour over the Tulok the Barbarian Youtube channel pretty much every time he uploads a new video. I don’t always agree with how he builds characters, but quite frankly he’s a lot better at it than I could ever be.

However, D&D is a game. That means we’re allowed to not be great at it. And while I’m not super skilled at character creation, it is still fun to try and build a character to be like one we’ve played in a video game or watched in a movie. For example, I just sat down and bashed out a quick and dirty Kassandra of Sparta from Assassin’s Creed Odyssey. She’s built around my preferred playstyle, using the point buy system from D&D Beyond’s character creation options. 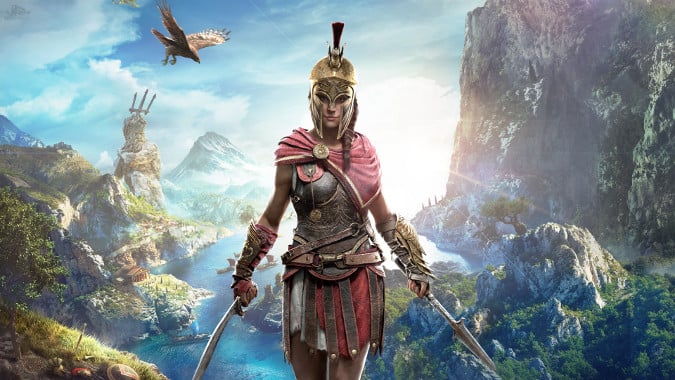 When doing this kind of character build, you should start off with what you absolutely want the character to be able to do. I went with the Eldritch Knight Fighter subclass because it gives access to spells that suit the way Kassandra plays in my games — Feather Fall so she can jump from any height, Find Familiar so she can have Ikaros the Eagle (using the Hawk option), Thunderwave to model the Ring of Chaos ability I use a lot. I went Rogue to pick up the Assassin subclass because Kassandra assassinates people a lot, and between the 4d6 Sneak Attack bonus and spells like True Strike or the Assassinate class feature, she can set up a heck of an opening round on a target. You can’t always get everything you want — I would have liked to go 9 level in Rogue, but that extra Feat for Defensive Duelist really models Kassandra’s ability to parry attacks in the game and I wanted that more.

When doing this kind of thing, you’ll always have to keep in mind that you’re bringing a character into a game system that might not perfectly reflect them. Kassandra in ACO is both smarter and more perceptive than the version of her I had to make here — using Point Buy meant I had to skimp a bit on Intelligence and Wisdom, they aren’t as useful for her compared to the stats she needed to multiclass and do great assasination damage.

Modeling a character like this works best if you’re either willing to go all the way to level 20, or if you’re okay with even less fidelity to the source material. I could do a Kassandra at lower levels, but at level 2 she would not be very distinct from a typical Rogue and she absolutely wouldn’t have the Broken Spear weapon which I made special as a homebrew item to model her in-game weapon more accurately. But if you’re comfortable with using all 20 levels, you can often get a lot closer than you expect — I was pleasantly surprised that my Kassandra has pretty much everything I wanted. I used Scourge Aasimar to approximate her Isu bloodline and it gave Healing Hands, which is close to the self-heal Kassandra has in the actual game. All in all, I was pretty happy with it.

Go ahead and check out Tulok’s channel if you want to see a real master at work, though. I’m sure he’d do it a lot better than I did — he actually came up with a model for Superman, which I didn’t think was possible. Then get out there and try and make Spike from Cowboy Bebop as a Monk/Rogue combo, or whatever strikes your fancy.

Blizzard Watch is made possible by people like you.
Please consider supporting our Patreon!
Filed Under: Character Modeling, Dungeons And Dragons 5e
Advertisement