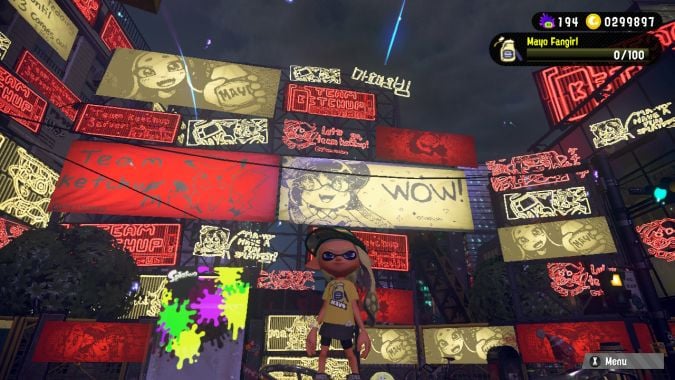 MISTAH JAY STARTS US OFF WITH A QUESTION ABOUT OUR BODIES:

Q4tQ: if Rexxar is an Orc/Ogre hybrid, does that mean there could be Human/Vrykul hybrids out there as well?

I guess the Alliance players who played a lot during Wrath can help with this one, heyoooooo!

Anyhow, I don’t see why not. But it wouldn’t be something I’d expect to see a lot of. After all, Humans were basically cast-out Vrykul — it wouldn’t make a ton of sense for the two to have been on, ahem, common ground at any point. And if some Humans did actually become friendly with a Vrykul behind the scenes in Wrath, it’s not like that person would be all that grown up yet. So yeah, if any do exist, I expect they’re in a similar boat to Rexxar in being pretty unique.

Q4tQ: should my worgen druid use the heritage armor tmog or can I do better?

What I’m saying is, mix and match and see what you can come up with. Some of my favorite looks are amalgams of tier sets and rando pieces.

SPENCER MORGAN ASKS ABOUT MY DREAMS:

Q4tQ: In the city of darkness and ashes, dead Mitch lies dreaming, but what does he dream of?

My dreams tend to be just plain weird (or kind of dark), but I’d say the location that appears most often in my dreams is the mall. Usually it’s the mall I went to most as a kid, but sometimes it’s a mash-up of that one and other malls I’ve been to. Dunno what it is with malls but there ya have it.

MISTAH JAY SPELLED COLOR WITH A U:

Q4NonColourBlindPeople: have you ever played with colourblind settings on, whether it’s on one character, or in general?

I did it very briefly back in Warlords, which I’m also pretty sure is when they updated the colorblind options. I was mostly just curious to see what the game would look like through that lens, so to speak. The one for Tritanopia stuck out to me most. Then again, it also adds what seems to be a purple-ish filter over top everything, so it’s hard to not take notice. It’s actually pretty interesting to play the game with that one on for a bit.

Q4tQ: In the mountains somewhere between Blackrock and Elwynn Forest, there is a mob named “Rogue Black Dragon”. I always see him when I’m on a taxi between IF and SW. He seems to be fighting dwarves. From what I can tell on Wowhead, he’s just there for flavor.

But given that during this particular time frame (pre-Wrathion), all black dragons were corrupted, what do you think could make this particular one stand out as a rogue black dragon? Maybe he was actually an uncorrupted black dragon just trying to live life peacefully until dwarves came and invaded his home.

Honestly, my take was that that one was a Drake who flew away from its buddies and decided to attack anything in its way. Your version is way better, though, so let’s just make that the poor thing’s story.

Question for the Queue
We can set transmog to be spec specific so a character can have three transmogs. Do you think we should also be able to have same option for appearance?

While I think that would be nice, I’m honestly curious how often you guys all change your appearances. Is it something players do often enough to warrant that sort of thing?

What I do think would be nice is if the Barber Shop did what the character screen does (and will do even better soon) and add numbers to your options. That way, you could at least write down something like 8/6/7/5/3/(1)0/9 and easily select your preferred look. But hey, with the changes coming up, maybe it’s a good time to see if Blizz will revisit.

KALCHEUS THE FLUFFY WANTS TO KNOW ABOUT THE FUTURE:

Q4tQ: Do you think any future Allied/Standard Races will automatically get the Death Knight option?

If we get them during Shadowlands — which I highly doubt we will, to be clear — then yeah, I think that would be on the table. But after Shadowlands, if we even do get more races, I think it will depend on how the story plays out. If you’re Blizzard, you’ve already gone ahead and said, “Okay, let’s end Shadowlands in a way that allows Death Knights to be raised whenever”… or you’ve gone ahead and decided there won’t be new races for a long time.

My money’s on both!

If Sargeras screams hard enough in space, would anybody hear him?

There are two conflicting lines of logic here. We’ve seen him scream while plunging his sword into Silithus, which would seem to imply the answer is yes. But we also know that sound doesn’t travel through space… in our reality!

So the logical conclusion is that space just works different in Warcraft and you could, in fact, hear screaming Sargy.

That’s all for today! Sorry if it felt a bit shorter than usual — there weren’t a ton of questions to pick from. Make sure to rectify that for Liz… and have a great Thursday!

Blizzard Watch is made possible by people like you.
Please consider supporting our Patreon!
Filed Under: Splatfest, Splatoon 2
Advertisement