Who do you “ship” in the Blizzard universe? 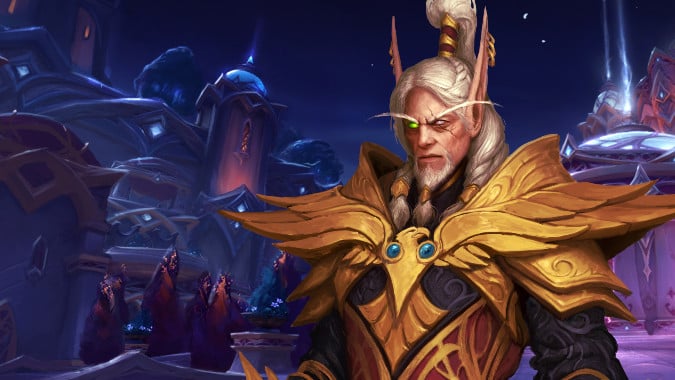 Ahhh, love. What is it, really? Can we ever really understand it? Love is illogical; it can manifest itself even toward people who don’t even exist, such as fictional characters in a video game. Nearly every major franchise has “shippers” — people who really want to see certain characters end up as romantic pairings with one another.

And the shipping flares have been lit up again with the recently released World of Warcraft comic, A Moment in Verse. The writers had already been teasing that there were feelings between Lor’themar Theron and Thalyssra for some time, and they have decided to dedicate this short story to further develop that relationship in a very — quite literally — poetic way.

But there are many other characters that often fall under the scrutiny of the community when it comes to their potential love partners. King Anduin Wrynn is the hottest bachelor in Stormwind City, with good reason. And while there are those who would love to see him take the hand of Taelia, the daughter of Bolvar — the man who was a father figure to him during his formative years — there are others who would rather see a turn for the fantastical, pointing Wrathion as the ideal partner for the young lion. (Maybe a punch to the face is another way of spelling out “love” — who knows?)

Overwatch is another Blizzard franchise that is no stranger to ships. Who should Mercy end up with: Genji or Pharah? Would the hot-headed Junkrat be the perfect fit for Mei? Maybe time will tell; maybe it won’t! The truth is that companies rarely decide to turn fan pairings into canon. They usually don’t let those particular Goblins escape from the realm of bemusing fan speculation.

What about you? Do you have your own One True Pairing™ in the Blizzard universe — whether it’s one of the common ones, like those listed above, or a more obscure match? Or do you simply not care about shipping? (That’s okay too!)

Blizzard Watch is made possible by people like you.
Please consider supporting our Patreon!
Filed Under: Otp, Ship, Shipping
Advertisement