What do you think about Heritage Armor? 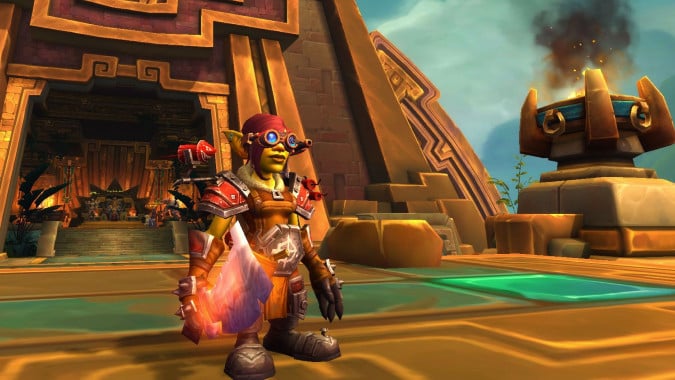 Recently, I took a break from World of Warcraft. I was feeling kind of “done” with the current expansion, and my mind had already moved on to Shadowlands. But over this weekend, I realized that I still have a few goals I can work on that are “expansion agnostic,” so to speak. Chief among them is leveling characters in order to get Heritage Armor sets. And that got me thinking.

I’ve already obtained a few of them, and on those characters, I usually display it proudly. But not all of them. The Blood Elf Heritage Armor is gorgeous beyond measure, but at the same time… my Blood Elves have so many good transmog options available for them that it’s almost a crime to keep them locked to a single set.

On the opposite side of the spectrum, I’ve got my Tauren and my Vulpera. Those races don’t have the strongest transmog game in the world, in my opinion. The back slots of their Heritage Armor sets — a huge totem for Tauren, a neat little bag for Vulpera — are so awesome, however, that I keep using them regardless of what the rest of my transmog even is.

There’s also the matter of obtaining said Heritage Armor sets. For old-school races, like the aforementioned Blood Elves and Tauren, as well as Dwarves, Gnomes, Goblins, and Worgen, it’s simply a matter of completing a short questline at max level (assuming you’re Exalted) — so it’s safe to assume that a high percentage of players who have characters of those races at max level have already obtained those sets. For Allied Races, though, it’s an entirely different matter. Leveling a brand-new character from 20 to 110 can be a daunting task, and not all players feel extremely motivated to do it.

What about you? Have you obtained many (or any) Heritage Armor sets? Do you use them all the time, or are you satisfied with keeping them as a side option? Have you bothered to level any Allied Races to max level because of their sets? Do you see yourself doing that in the future? Do you like this system, or would you prefer something different?