How do you feel about non-character gameplay like pet battles and the Mission Table in World of Warcraft? 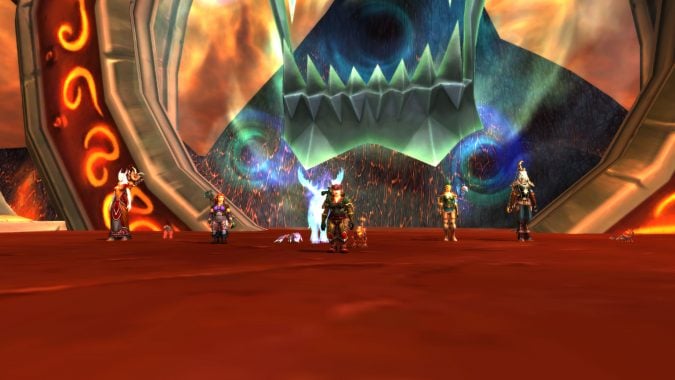 One of my favorite pieces of game design in World of Warcraft is pet battles. That’s entirely because of two reasons. The first is that pet battles are utterly optional — while you can level a character doing them, there’s absolutely no aspect of the system that makes a character stronger or makes me feel obliged to play them. The second is that your character and their stats have nothing to do with the system. You can play a character in greens, a naked character, a character who never cares if they make max level or not and it won’t matter — as long as you level and understand how to play your pets, you can progress in pet battles. There are elements of the system that interact with your character, but not in a way that force you to participate in the system.

I have always loved this about pet battles. It’s completely character-agnostic gameplay — your max-level Druid with super awesome gear and your barely-max-level Paladin with greens can pursue pet battles and it doesn’t matter. And if I’m not interested in participating? I don’t have to.

Similarly, while I have no interest in the idea myself, watching players who enjoy the pursuit of gold-making in World of Warcraft use the Auction House as a game within a game and literally gamifying the economy from their level 3 Goblin alt in Orgrimmar is utterly amazing to me. Some players pursue this goal with a great deal more fervor and panache than anything I will ever do in my entire life and it’s inspiring. There are players who’ve generated enough wealth this expansion to buy multiple Brutosaur mounts. As little interest as I have in this, I still find it inspiring.

So what about you all? Do you love transmog and the wardrobe? Do you find the Mission Table compelling, or disturbing? What gameplay systems in WoW do you love because — or distrust due to — their divorce from character power?

Blizzard Watch is made possible by people like you.
Please consider supporting our Patreon!
Filed Under: Mission Table, Pet-battles, Transmog, Wardrobe
Advertisement