Hearthstone is just about to release their second expansion of 2020 with Scholomance Academy, which brings the trappings of higher learning — or at least the North American, pop-culture version of higher learning — into the silly card-based take on the Warcraft universe. However, the history of Scholomance in World of Warcraft is quite the dramatic contrast with the bubbly, fight-song spirit showcased in the trailer.

Originally the estate of the Barov family, the manor situated atop Caer Darrow provided a commanding view of Darrowmere Lake. Some time after the Second War, the power-hungry Barovs made a deal with the renegade archmage Kel’Thuzad to let him use the manor as a training facility for his nascent Cult of the Damned. The Barovs believed that by embracing undeath, they would be able to hold onto their family fortunes forever, and Kel’Thuzad was happy to indulge their fantasy.

It would be accurate to say that the Plague of Undeath that set off the Third War and created the Scourge was hatched within this school of necromancy, which came to be known as Scholomance. How much of that was original research and how much of it came from the Lich King (and/or the Shadowlands) isn’t made clear. However, a number of the original quests that led into Scholomance during vanilla WoW stated that the first victims of the Cult and their plague were the household servants of the Barov family. The populace of Caer Darrow soon followed.

In WoW, there have been two iterations of the story taking place within the ruined school. The original iteration from the launch of the game involved all manner of different quests from outside the dungeon, directing players into Scholomance to exact vengeance on the monsters inside, or acquire some items of importance, or earn a shiny horse, with little to tie all of the narratives together into a cohesive whole. The dungeon itself, like many of the launch dungeons, had a convoluted layout and a large cast of optional bosses, which often confounded players who just wanted to race through the critical path to get to Darkmaster Gandling (the final boss) and clear the place.

The update in Mists of Pandaria closed off some of the optional areas and completely redecorated some others, leaving a more clear critical path through the dungeon. While many of the original bosses and mini-bosses had been removed, those that remained had their encounters updated to match the more complex fights that had become the standard over the course of several expansions. Moreover, the story was brand-new: Many of the vanilla-era quests that led into Scholomance had been dropped (or shifted inside with Cataclysm‘s LFG updates), and in its place was a more focused narrative about a contrite Alexei Barov seeking vengeance on Gandling. In addition, the Mists updates made everyone’s second-favorite undead stabby girl, Lilian Voss, a centerpiece of the dungeon, which acted as a sequel to her appearances in the updated Scarlet Monastery dungeons. 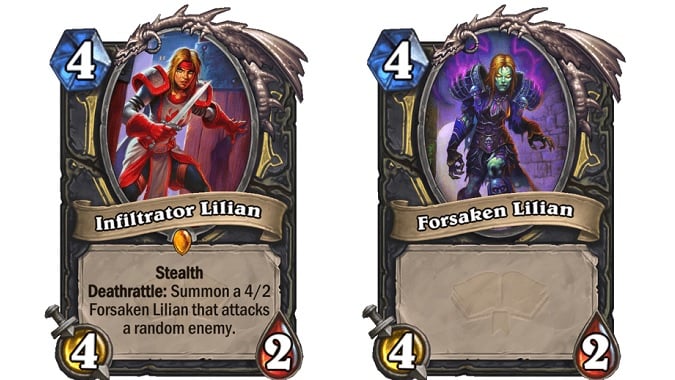 History 301: Topics in Necromancy and Brutality in the Third War Era

Suffice it to say that Scholomance as a setting was a dark and bloody place, inasmuch as World of Warcraft can do dark and bloody and still be rated T. Torture, fleshcraft, blood-drenched floors, and the constant looming presence of the undead in a claustrophobic crypt of a school all reinforced this. Also, keep in mind that the minds behind the Cult of the Damned weren’t folks who were coerced or bent to the service of the Lich King: Kel’Thuzad and the Barovs chose the mass murder of innocents in their pursuit of power, and they’re just another facet of the “downfall of humanity” theme of the Alliance campaign in Warcraft III: Reign of Chaos. Many of the other Scourge-themed dungeons and zone narratives elsewhere in the game echo the plight of the undead as thralls to the Lich King’s control, but with the cultists, it’s just fanaticism that drives them.

Even with the glow-up it received in MOP, Scholomance was a dreary and gruesome place, but that’s likely the reason for playing the lighthearted parody card with Scholomance Academy. Taking the opportunity to recast the place as a diverse center of magical learning — that coincidentally has a cult of necromancers nestled in the center of it — is a great way to merge the familiar with the whimsical. It’s also a way to differentiate the setting from Dalaran, which got a lot of attention in Hearthstone last year, by emphasizing it as a place of magical innovation and experimentation rather than a city that runs on magic. And there are only so many places on Azeroth that lend themselves to the part-Hogwarts, part-Animal House mélange that’s clearly part of the alchemy here. 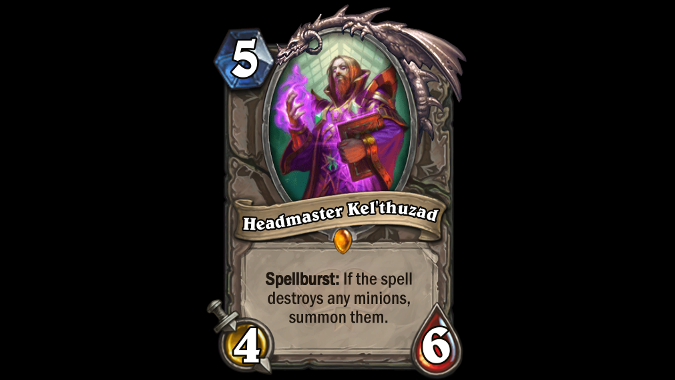 Much like One Night in Karazhan took the dark story of Medivh’s tower and reinvented it as a wild and zany social event, Scholomance Academy is meant to be a fun take on a well-known locale in World of Warcraft. There’s still value in recalling that the locale was one of the most evil places in the game, and going into Shadowlands it’ll be interesting to see if the new expansion drops any callbacks to Scholomance and the terrestrial creation of the Scourge. Of course, it’ll likely turn out that Kel’Thuzad was just copying his homework from some Maldraxxus dropout, so all told, maybe a story about college life is apropos.