Afterlives: Revendreth showcases a realm of darkness and secrets being forced into the light 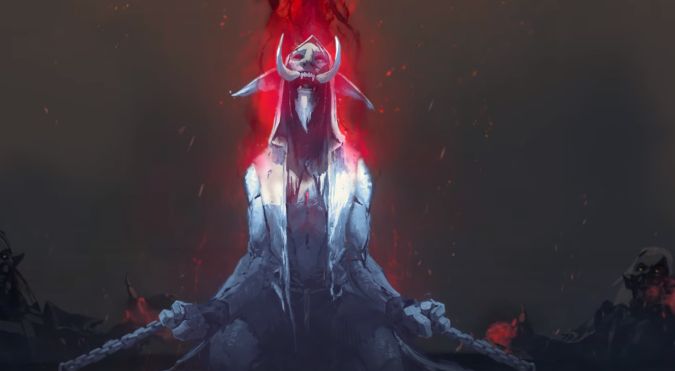 By now we’ve all watched the new Afterlives: Revendreth animated short and we’ve all seen a certain Warchief return (if in slightly diminished circumstances) and we’ve also all gotten to listen to Sire Denathrius’ best PR spin on the Anima drought in the form of an open letter to the Venthyr of Revendreth. We also now know that souls like Garrosh’s are considered old reliables, seemingly inexhaustible sources of pride to be drained by the vampiric Venthyr for the precious Anima that’s the lifeblood (ahem) of the entire Shadowlands.

Haven’t watched it yet? You should watch it before you keep reading.


Now, Denathrius couldn’t be delivering his words to his scribe with more of a… let’s just say sinister vibe… but there’s a lot to consider in the Revendreth short. Garrosh is apparently prideful enough that even several expansions in another plane of existence hasn’t dimmed his ardor for himself. And there are other souls just as bad, and that’s fascinating to me. While we know Prince Kael’thas Sunstrider shows up in Revendreth, who else could be there, being tortured endlessly for the Anima their arrogance can be turned into? I vote for Garithos, the racist jackhat that ruined the Blood Elves’ relationship with the Alliance, and while we’re speculating, there’s always Zalazane the Troll who tried to steal the Echo Isles from his own people. It even kind of looked like Zalazane in that fountain of souls at the opening of the short, although it could also be Zul.

I’m definitely curious to see more of these old reliables show up in the expansion. And if Garrosh comes back with us from the Shadowlands, I would not be upset. I don’t know how that could possibly happen, but I don’t know if it couldn’t, either, and I’d love to see him return. 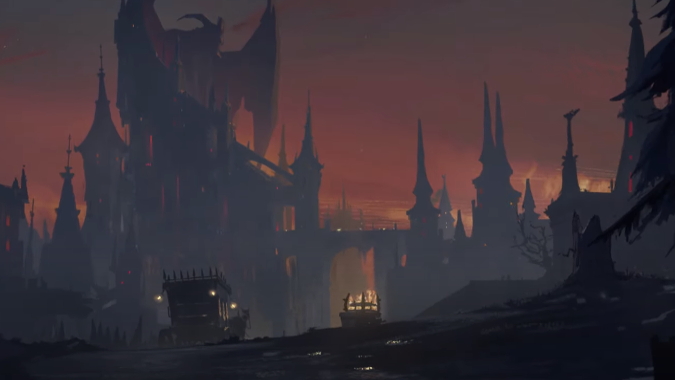 Do the Shadowlands touch all realities?

Some have noted that Garrosh died on alternate Draenor during Warlords, and that’s a fair point. We still don’t know how the Shadowlands work — are they like the Nether, and exist across all alternate worlds? Garrosh was from our Draenor, but he died on a different one — clearly it seems that the Shadowlands can reach a great many disparate corners of existence, which is something we’ve seen mentioned on the Shadowlands beta in zones like Bastion and Ardenweald. There are a lot more worlds than Azeroth in the cosmos and beings from those worlds, be they Draenor or some other world entirely, can end up there. But this does of course force us to ask the following: what about alternate versions of beings from such realms? Are there two Gul’dan’s in the Shadowlands? If Overlord Geya’rah, who was born to the Durotan and Draka of that alternate Draenor but now lives on Azeroth, were to die while on Azeroth would she go to the Shadowlands?

This is something of great interest to me. There’s also the lore implication that the entire plan of the Jailer and those that work for him (I’m not saying Sire Denathrius does, I’m just saying the guy is shifty) is not to make the Jailer stronger by flooding the Maw with souls. Instead, perhaps, it’s to make every other realm in the Shadowlands weaker by cutting off their access to souls and Anima. Perhaps the Shadowlands themselves are somehow an obstacle to the Jailer’s overarching plan. Watching as Maldraxxus falls into conflict, Ardenweald threatens to collapse, and the citizens of Revendreth are forced to march into the light and be destroyed for the crime of trying to share Anima with others, the idea of the Shadowlands themselves as the target for the Jailer’s plan seems worth considering. We know from the PTR that the “Banished One” seeks to “break his chains” and it’s worth considering if the various Shadowlands themselves are part of that process.

Revendreth is a land on the verge of revolution, where Denathrius’ oldest servant has taken up arms against him, and all the trickle down Anima drained from Garrosh and others like him won’t stop what’s coming once we step out of the Maw. But it’s worth wondering how what we’re seeing in Afterlives: Revendreth will showcase that conflict, how it fits into what we’ve already seen and done over the years, and what possible fates might have been met by those we’ve interacted with over the years. Do the Shadowlands defy what we think of as reason? Just how infinite is the flow of souls into and out of these planes of existence? What kind of sense of self does it take to be an “old reliable” and how many can Revendreth possibly have? I’m deeply curious.