Why I’m sad to see Stan, the famous T-Rex specimen, sell to a private collector for $31.8 million 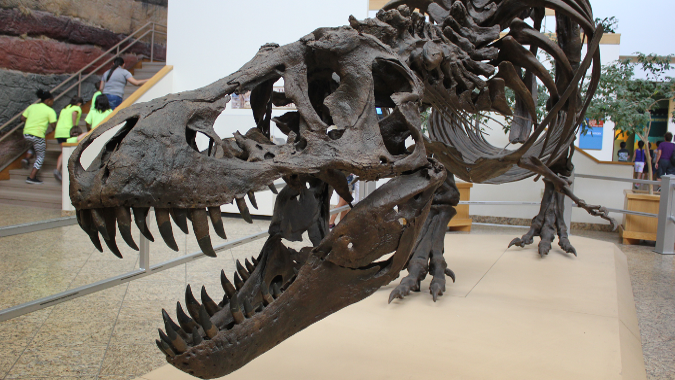 Okay, if you’re into paleontology at all, even just as a nerdy layman like myself, seeing the news that “Stan,” one of the most famous Tyrannosaurus specimens in the world, has been sold to a private collector for a big ol’ pile of money — $31.8 million USD to be exact — will likely cause you to have opinions. I know it did for me.

Now, I am not qualified to discuss the complexities of the ownership debate on Stan or other Tyrannosaurus rex fossils like Sue, but I will say that with Stan having quite possibly the best preserved T-Rex skull in the world, the idea that he’s going to vanish into a private collection rather than being available not only for public viewing but for continuing research into the species is disheartening at best. Stan is a scientifically valuable specimen, 70% complete, and many museums around the world are displaying casts of the animal right now. This means that we’ll have a solid idea of what the skeleton has to say about the animal, but there’s no substitute for the actual specimen.

This is a loss for us all. This is a loss for the science of paleontology. It’s a loss for the public, for the research into Tyrannosaurus development and evolution, and for the idea that certain things are more valuable for what they can teach us than as relics to be hoarded by the wealthy. This sale pushes the idea that these fossils are trinkets to be sold to the highest bidder rather than valuable remains that can teach us about the world and our place in it, making the natural history of our world and our place for it hostages to the rich.

Unlike Sue, which was also the subject of a ownership dispute but who ultimately ended up at the Field Museum of Natural History, we have no idea who purchased Stan as it was an anonymous purchase at auction. We can take some solace from the fact that Stan has been heavily cast and there are a great variety of Stan casts on display, so while we don’t know where he’ll end up, we can at least still see reproductions of the specimen. 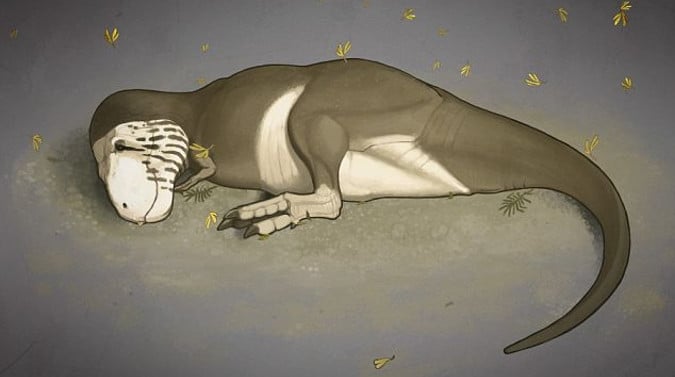 I admit, I find some kind of grim sardonic humor in the idea of a wealthy anonymous person purchasing the most duplicated Tyrannosaurus rex specimen in the world. It’s the kind of humor you only laugh at because it hurts and you can’t figure out a better response, but it’s there. I’ve seen Stan — there’s a cast of him at the National Museum of Natural History in Washington DC, and his remains have been used in studies of T-Rex weight distribution and bite force that challenge the ideas we previously held about the bulk of the species, arguing that they were larger and more robust than we previously believed. Stan has signs of bite marks and even a broken neck that he survived, injuries that may even have been caused by his mate — turns out Tyrannosaurus‘ not only probably lived in family groups, but that their love lives were rougher than we may have understood.

We have learned a lot from Stan and other specimens like him, and it’s a real shame to see him disappear into some private collection, if that’s even what’s happening here. We don’t know yet, of course, because the buyer was anonymous. My hope is he ends up in a museum, because that’s where he belongs. But if not, well, he did a lot for us before this, and I thank him. Goodbye, BHI 3033.

Blizzard Watch is made possible by people like you.
Please consider supporting our Patreon!
Filed Under: ‘Stan’, BHI 3033, Dinosaurs, Tyrannosaurus, Tyrannosaurus Rex
Advertisement