Castle Nathria and the big-bad boss behind it 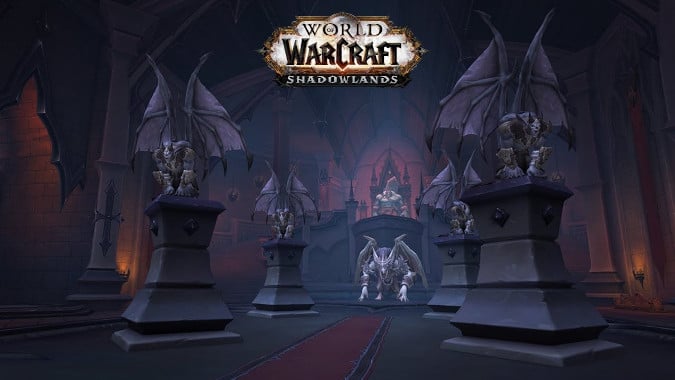 The real story behind why Castle Nathria was, “Build Dracula’s Castle, make it a raid. It kind of writes itself.” This was Ion’s explanation of it at BlizzCon 2019. Whether the lore required it or it was the vision that inspired the lore doesn’t matter — they are compatible. What is Castle Nathria? Why are players storming the castle? Let’s delve in a bit deeper. 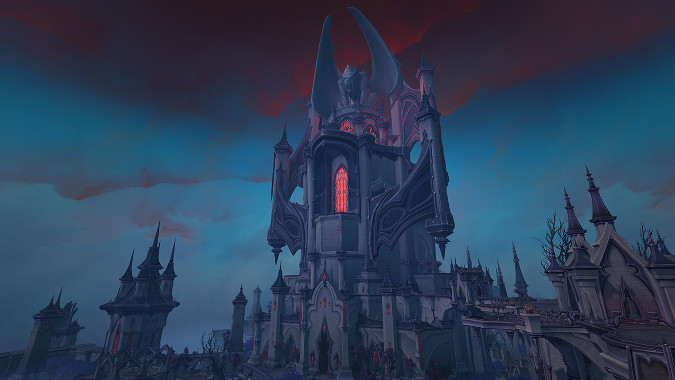 Why are we attacking Sire Denathrius in Castle Nathria

Castle Nathria is the home of Sire Denathrius. From this central point in Revendreth, Sire Denathrius created and leads the Venthyr people. Or, at least he did at the start of Shadowlands. When the player first begins their trek along the four realms in the leveling quests, the fourth realm they reach is Revendreth. The Maw Walker meets Sire Denathrius. He greets the player, is there to help them, and sends them on a little quest — defeat the Accuser. However, it turns out that Sire Denathrius, a guy who intentionally looks a lot like a Dreadlord, isn’t such a good guy.

Like so much of the Shadowlands, Revendreth is suffering an anima drought. But there is an obvious reason why this realm is short on supply — Sire Denathrius is siphoning it off to the Jailer. He has made a deal with with him. There should be plenty here, as they can drain anima from sinners who have been sent to attone. But they suffer in starvation, rationing what little they have, as their leader is pouring it into the Maw. Some are rebelling against Denathrius, like Prince Renathal, a Venthyr that is like a son to Denathrius. A son that wouldn’t stand for his father to treat people that way, and will stand up to him. The player understands what is right, joins Renathal, and wages an attack on Sire Denathrius. Cornered, he turns on Revendreth and sends a huge amount of anima to the Jailer.

This pushes Sire Denathrius into his fortress, Castle Nathria. He surrounds himself with those he can trust, strong defenses, and others who haven’t abandoned him. 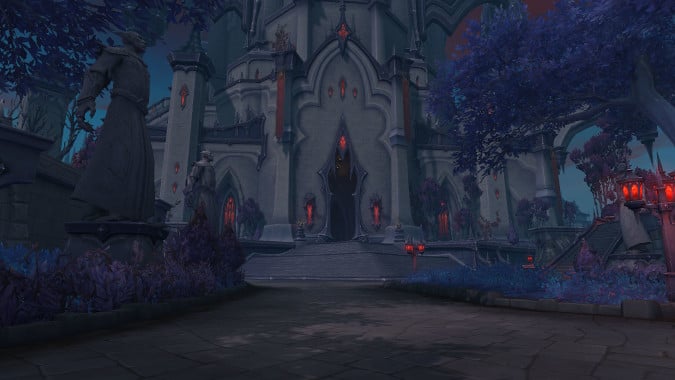 Who else is in Castle Nathria?

The raid journal entries for Castle Nathria set up who Sire Denathrius is, and what his castle is like. He prefers fine things, protects himself with strong creatures and people, and is surrounded by those who serve him. Or at the very least, people who use him to serve themselves. These make good use of the castle, giving it life and danger. The castle is used politically, to meet with others of importance. This is a place of gathering, as social events are extremely important to the Venthyr — that is what the Ember Court Covenant activity is all about. This aspect is so important, one encounter, The Council of Blood, focuses on dancing, of ordering around the wait staff, and demanding the respect of the court. These are the people that reside in the castle.

Castle Nathria was also the place where Denathrius stored the anima reserves before they were given to the Jailer. Sometimes, prisoners were kept who excreted so much anima, they were a never-ending battery. This was seen in Shadowlands Afterlives: Revendreth, with a shot of Garrosh being tortured for anima. Another source for anima is Kael’thas. The way some of these people are tortured, and Kael’thas is one, they must suffer not only their sins, but have other sins on top of theirs. They are unable to distinguish between them, and will never be able to cleanse themselves of sin, as more and more is piled on. Players are able to free Kael’thas, and he will have his role to play after the raid. No word on Garrosh yet, he’s still in the castle suffering, somewhere.

Sire Denathrius uses the denizens of the castle to try to stop the invading raiders. From the point of entry, when a gargoyle attacks the group, to fighting the Generals of Denathrius’ Stoneborn military, until the very fall of Sire Denathrius himself. Along the way, the group is treated to a tour of the place, with gorgeous architecture, servants who continue their work, and views that are grand and intimidating. While perhaps not the depth and mystery that Karazhan had, Castle Nathria is a place in the world of the dead that is lively.

Does it matter that Denathrius fell so early?

Sire Denathrius is a powerful character, one that sees his demise early in the expansion. He is part of the Pantheon of Death, alongside the Archon, The Winter Queen, and The Primus, who is missing and presumed dead. This Pantheon is on the same power level as a Titan, and yet Denathrius is taken down by a raid. Sire Denathrius created a realm of the Shadowlands, the race of the Venthyr. A place of redemption where those who have sinned have a chance to redeem themselves, a last chance before going to the Maw. While he turned to the Jailer, the original purpose was noble. There are strong implications that he created the Nathrezim, the Dreadlords in service to him. He was was a big-bad endangering the universe long before he was mentioned in lore, and he was put down just like that.

However, as important as he was, he wasn’t that important. Everything that was going on is still happening. His dying doesn’t end the Covenant Campaigns of Maldraxxus and Venthyr, they continue on, someone else appearing to take his place, someone else pulling the strings. The Dreadlords that were in service to him look to be setting up a greater story, and don’t need him to continue their machinations. And the majority of Denathrius’ recent plot was feeding anima to the Jailer, but that was not the Jailer’s only source of anima. That is the bigger issue at hand, and Ion Hazzikostas described the Jailer as a Titian Plus Plus. It is probably good that the citizens of Azeroth can take down someone of a Titan-level, in his own home, so well. They have a much bigger challenge to prepare for.