Environmental effects in World of Warcraft need to be more interesting 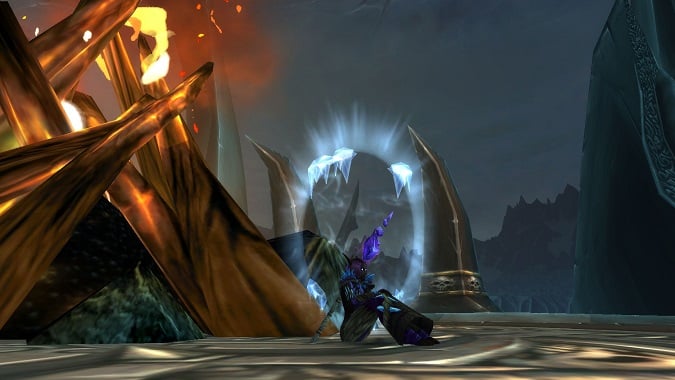 If you’ve been lingering in Icecrown camping rares and grinding scourgestones the last couple days, you may have occasionally noticed a debuff called Chilling Winds and its recommendation to seek comfort at one of the two bonfires back at the Argent Tournament Grounds to counter it. No one is doing so, of course, because no rares spawn by the bonfires — but if you do fly over there you can get the Lingering Warmth buff which is actually quite desirable at 5 stacks.

Despite the benefits of the buff, the Chilling Winds is poorly implemented. Already mentioned is the inconvenience of the counter, but it’s also a little weird that outside a couple exceptions, indoor locations such as caves and buildings don’t remove the debuff — not to mention the fact that there are bonfires scattered all over Icecrown that don’t provide the buff or remove the debuff. Throw in the fact that the debuff itself is largely a non-factor (the 10-second interval is long enough that it won’t prevent you from hearthing, and passive healing effects more than easily remove the minor damage), and you wonder why Blizzard would even bother. 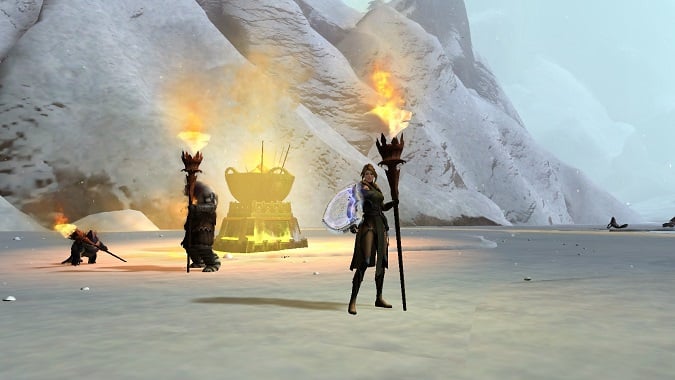 This just in: Fire still hot!

That said, I think there’s a lot of potential to vary gameplay by using environmental effects. Guild Wars 2 has a zone called the Bitterfrost Frontier that largely mimics what Blizzard is attempting here. There are braziers located throughout that provide protection against hazards while also giving you the ability to unlock treasures otherwise not accessible. Those braziers are actually a major component of the story and questing of the zone, and it provides an immersive experience for the players.

What I most like about the use of environment here is that it doesn’t negatively impact the player experience, it only adds to it. There’s no debuff, only buffs, which I think is the proper way to handle something like this. While it could be interesting to decrease mount speed by 10% when it’s raining in a zone, the player base would generally react better if instead there is a 10% mount speed buff when it’s sunny instead.

That’s not to say there can’t be negative environmental experiences, they just need to be persistent and countered in a normal, understood manner. Going back to Guild Wars 2 for a moment, there’s a section of Bitterfrost Frontier known as the Bitter Cold, where there is a fatal debuff applied to anyone who steps into it at any time. During the quest chain of the zone you learn how to craft a Thaw Elixir that allows you to survive, and while it’s a consumable, it’s something you can make and use any time you wish to venture back into the Bitter Cold. There’s no skill, no randomness, just an extra step required to access additional rewards. 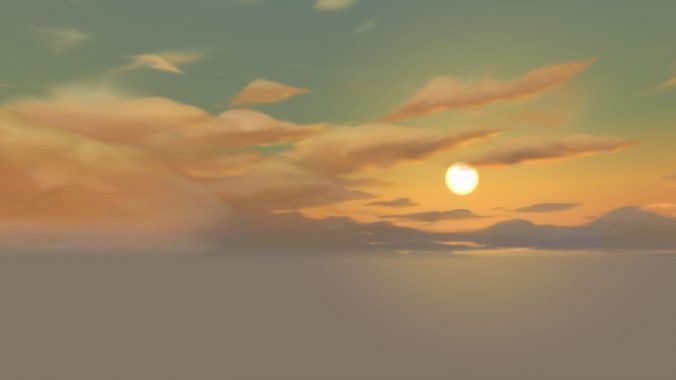 It’s coarse and rough and irritating and it gets everywhere

This sort of environmental gameplay isn’t restricted just to arctic conditions, of course. One easily imagines a zone like Tanaris where a section afflicted by a permanent sandstorm is only accessible if you’re wearing consumable goggles purchased from a nearby vendor; you could even make professions more worthwhile by allowing Engineers to craft a permanent set of goggles. The rest of the zone could have a nighttime Desert Chill effect that when countered by consuming a Cup of Kafa allows you to move faster when dismounted and increases your haste by 5%.

In the end, I feel that while the attempted environmental challenge of Icecrown during the pre-patch event is misguided, there’s room within the world of Warcraft for this style of gameplay. Blizzard just needs to make sure that it’s a challenge that rewards characters that participate rather than a detriment to those with other goals.

Blizzard Watch is made possible by people like you.
Please consider supporting our Patreon!
Filed Under: Bonfire, Death Rising, Icecrown
Advertisement