World of Warcraft patch 9.0.1 — the fabled “pre-expansion patch” — is now live on the PTR, bringing with it many Shadowlands features, including the Scourge-packed pre-expansion event, which we now know is going live November 10th. Anyone can log on to the PTR to test out most of the class changes and new character customizations coming with the expansion, much earlier than anticipated by most.

But perhaps more importantly: The PTR is the only place where you can test the pre-expansion event. If it wasn’t obvious, spoilers for the pre-patch event below.

The Shadowlands pre-expansion event is a massive Scourge invasion. New quests take you to Icecrown to investigate some strange events, including:

Yes, the zombies are back, and they’re out of control — arguably more than ever before.

But what can we expect from this event when it goes live? Based on the PTR right now, the event is an exercise in patience. 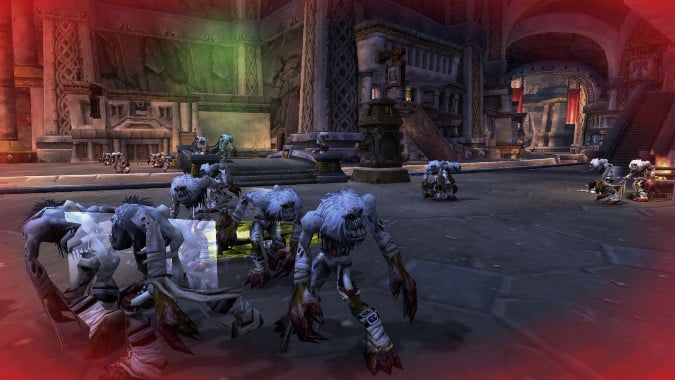 Getting to Icecrown was, frankly, the most miserable experience I’ve had with WoW in years. The last zombie invasion event — way back just before Wrath of the Lich King — was super cool the first time. I was one of the players who enjoyed it a lot back then. This time, it was just annoying.

Maybe it’s overtuned — and I’m quite positive it was. Maybe I’m older and grumpier — also probably true. But the novelty just wasn’t there anymore, so most of the “cool” factor wasn’t there either. Only annoyance remained.

Trying to complete the quests in Stormwind, Elwynn, Redridge, and Darkshore in order to finally get the quest that sent me to Icecrown took multiple attempts over the span of three nights. I would get to the quest givers and get turned into a zombie before I had a chance to turn in the quest and get the next step.

Blizzard might have nerfed the zombies on the following days, because at some point, it actually became doable. On my fourth attempt of turning in all of these quests, I finally managed it. Let’s hope that the experience won’t be so overtuned in favor of the zombies when the event is on the live servers. I would have literally written this article at least a full day earlier if I could have managed to turn in these quests and get the ability to start the actual event in Icecrown on the night the PTR went live.

On a positive note: The brand-new quest marker is super cool. It works better than the arrows you get from popular addons such as TomTom, because it actually takes three dimensions into account, rather then just two. You can use it to give you a good notion of where your target is even when you’re flying there. 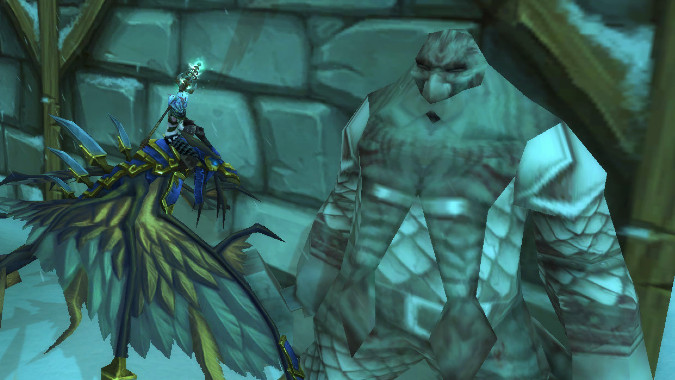 Returning to Icecrown and the Argent Tournament Grounds was surprisingly fun, with some exceptions

These quests felt old school, in a good way. It felt like I was back in Wrath, when endgame content in Icecrown was brand new. That said, the Argent Tournament badly needs a visual update — as perfectly illustrated by the dwarf statue in the picture above.

I kept hearing zone-wide shouts by famous Scourge-related NPCs such as Prince Taldaram and Noth the Plaguebringer, but I didn’t actually run into any of them. I can only assume they’re part of the daily process that comes later.

At some point, a blizzard started, and there was a zone-wide call about it. We got a debuff called Chilling Winds, which constantly dealt ice damage, and were warned to seek refuge at bonfires. When you did get to a bonfire, the Chilling Winds debuff was temporally disabled. I thought this was an awesome idea, but with a very lackluster execution. It gave a lot of immersion — when it started, it actually felt like Northrend was a menacing place of ruthless winter, and the idea of having to seek respite from the icy chill felt awesome.

However… the damage was negligible, so you could simply completely ignore the debuff — and the bonfires. That was a major letdown. I was excited about this environmental event, yet it turned out to be a thing that players will simply overlook, most likely. To make this into something really interesting, I would have greatly increased both the damage from Chilling Winds and the number of bonfires out in the world. That way, players would actually need to seek shelter from the cold every once in a while during their questing. This would certainly make the idea of questing in Icecrown much more unique and memorable.

After doing the quests centered around the Argent Tournament, you are sent to a forward camp near Icecrown Citadel. And once you fly there, you get to see it… 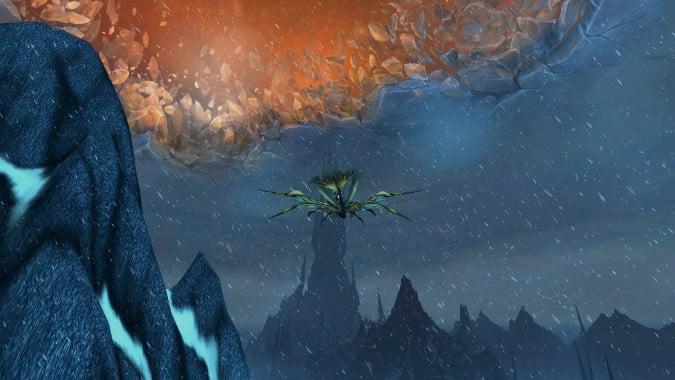 Taking the fight to Icecrown Citadel

…the new skybox. Seeing it for the first time took me by surprise, and it was, frankly, incredible. It reminded me of the feeling of taking the boat to Howling Fjord all those years ago, and getting to experience Northrend for the first time. It felt like I was braving a new place: a mysterious, dangerous, compelling new place. Getting to see the actual sky shattered like ice to reveal a strange glow underneath it is very immersive, and really takes you in.

The worst part is that those weren’t shared tags, so I had to compete with friendly players for tags. Which is always super fun. You pull two Scourge mobs to save a guy, some other player swoops in and clicks the guy you were after. Fun, fun, fun. 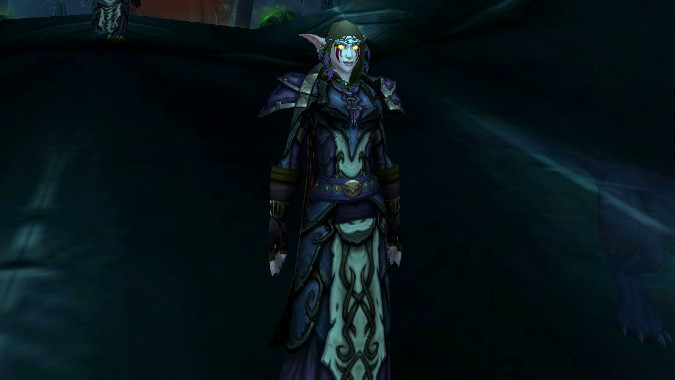 After that was a series of quests where I disguised myself as a cultist. Doing so flagged me, which was weird; but it made sense once I returned to the Argent Crusade camp, and found all the other players and NPCs were hostile to me — they would think that I was an actual member of the Cult of the Damned, of course. I had to manually click off the disguise buff to remove the disguise, and make myself friendly again, so that I could turn in the quest. There was no other way to do it, apparently, which doesn’t seem very intuitive.

For the final quest, I was sent to fight a boss. The quest giver had some spoken dialogue telling me to send a signal once I got there, so they the Argent Crusade would come to my aid. But I found no way to summon them — there was no extra action button, no quest item, nothing. Thankfully, there were a lot of other players doing that same quest at the time, so we were able to join forces and take the boss down. But I don’t know if that was the “intended” way to do it.

Turning in these quests unlocked dailies, as well as a final quest, to open a portal back to Stormwind and report to Genn Greymane. Big shame that, in doing so, my Silver Covenant ally ported me right in the middle of the Trade District — which was, of course, completely overrun by zombies, so I got instantly infected. I had to use a workaround to prevent the infection from turning me into a zombie — logging out, and then logging back in cleanses the infection. Which doesn’t seem intended or obvious.

All in all, the experience was short, but fun enough — even with overpowered zombies, which hopefully Blizzard will fix. It’s good that there will be dailies too, so that, in the time between 9.0 and the expansion release, players are occupied with more than just the zombie event, which has strong potential to get old fast for many players. We’ll see you November 10th!