The Queue: The Holidaze 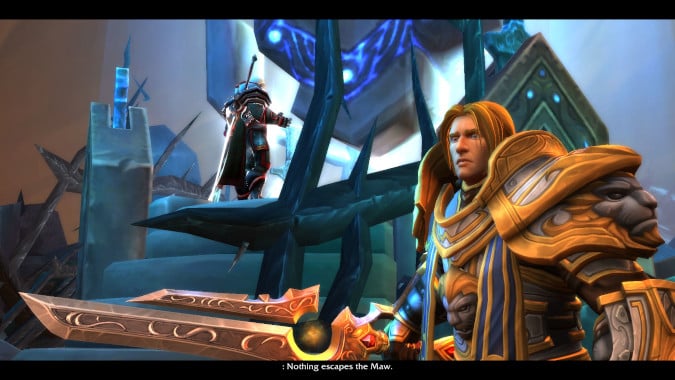 I will be writing the Queue for the next three days. Letting the American writers have the holiday.

Honestly, even when I was living in the US, I never much cared for Thanksgiving. My mom died when I was 19, and I haven’t really seen any of my family on either side since 2000, and the last conversation I had with my father was back in 2006. I’m sure they’re all fine, and even if they aren’t, the decision was made that I wasn’t really a necessary part of their lives a long time ago. So the idea of travelling all that way to spend a day of thanks with them… not really my thing.

So if you’re an American who doesn’t really have a family for the holiday, I get it. I’m very grateful for my wife and the family she’s made for me up here in Canada, but either way, the last Thursday in November is always just a day for me. But on the plus side, I get to spend it with you all.

QftQ: How was it for you?
(the launch. Get your minds out of the gutter)

I’m asking because this is the first time since Cata that I had a perfectly smooth launch. Some lag, sure, but I didn’t d/c and got to Icecrown at midnight, saw all the cutscenes and then levelled through the Maw and Bastion until about 3:30 am (I’m a slow quester) when I was about halfway through 52.

Slept until 10 and then went back online at around 11am, no issues. In the afternoon, lag got worse, then d/c and since then I haven’t been able to get back in (login issues as confirmed by Blizzard CS, on my high-pop realm). So this sucks of course, but I’m 55 now and have to say, it’s been amazing so far.

My wife and I had a nice, chill evening of running the Maw and Bastion content, and hopefully we’ll get back to it tonight. Work interrupted me yesterday.

Has anyone seen any cool cameos yet? I’ve only seen Helya so far, which I’m sure everyone noticed. But my friend saw a Highmountain Tauren spirit named Oro in Bastion, which we’re thinking was Warbrave Oro. I love those little details!

For your first question, Decimator Olgra comes to mind.

For your second question, Odyn made a deal with a Shadowlands spirit (that seems to have been Mueh’zala working on behalf of the Jailer) and traded his eye away from the ability to see into the Shadowlands, where he learned how to create the Val’kyr to ferry the souls of worthy Vrykul heroes to his Halls of Valor, where they were recreated as Stormforged.

Meanwhile, Helheim was created after Odyn killed Helya and raised her as the first of the Val’kyr, and then Loken freed Helya from her bonds of loyalty to Odyn and she imprisoned the Halls of Valor using her mastery of creating demiplanes. She then created Helheim. Neither are strictly speaking part of the Shadowlands, but it’s clear Helya has been working with the Jailer for a while and now has command of his Mawsworn Kyrian followers.

Is it just me, or does levelling this time around feel… so quiet? Either there’s less people playing on day 1, or they did a *lot* of work to shard the levelling experience even more than usual. Or maybe it’s just my server being overwhelmingly alliance and I’m horde (and it’s worse than in the past). Anyone else experiencing this?

We saw a few people online during the whole Bastion run, but not too many that we felt crowded on quests. Based on my astonishingly full friend’s list, that’s definitely due to sharding.

Q4tQ: Do you have a weapon preference for your characters? Do you like to wield a staff or would you rather have a 1H & off hand combo? How frustrated do you get when you have a great 1H but your off hand is weak-sauce or when you get a staff that’s such an improvement you have to use it even though it’s not your preference?

I mean, I don’t play casters, so none of the stuff you’re saying happens to me.

But I do prefer specific weapons for specific characters. I like both TG and SMF for my Night Elf Warrior, but I prefer 2h Swords and Fist Weapons for her, while I generally only want to play as Arms on my Dwarf. Preferably an axe.

I’m not sure if I should work on another character for when my wife and I aren’t playing together or not. But for now, I’m working on one character first, and exclusively with her. So I won’t be 60 for a while yet, and that doesn’t really bother me. I feel like we’re going to have this expansion for at least a year, and there’s no hurry.