Box art, representation, and why I’m so bored of grim-faced dudes as the face of my games 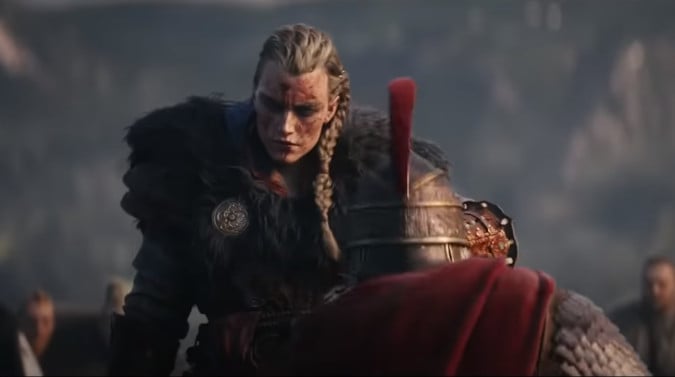 Do a google search of Assassin’s Creed Valhalla and look at the images. Of the two Eivor possibilities, the one I’m playing, lady Eivor, doesn’t pop up until the third image, the Art Book cover. I find that really strange, because of the two possibilities, playing Eivor as a woman feels a lot more interesting and I feel like she’s a much cooler protagonist. It’s a situation much like the one with predecessor game, Assassin’s Creed Odyssey, where Kassandra was cooler than Alexios, and yet barely got to feature on the game’s promotional materials at all.

Both Odyssey and Valhalla use the default male protagonist on the game cover, even though in both cases, the official tie in material has chosen the woman as the canon protagonist. This reminds me of how it took Mass Effect three games to put fan-favorite FemShep (the portmanteau of Female Shepard, denoting Jennifer Hale’s fan favorite performance as the Commander) on the box of a Mass Effect game, and even then, it was after the male version.

Now, I’m not blind to steps forward — the fact that there are cinematics for both now is pretty great, and I’m certainly happier with Ubisoft now than I was six years back when they said that animating a woman is too hard. But I definitely feel strange when I go to buy a game and find myself staring at the same screechy bearded guy I know I’m never going to see once I start playing it. In a weird way, I feel like I did when the Birka skeleton was discovered to be a woman. Women were literally leading the charge in battle back then. Why not put them on the box now? 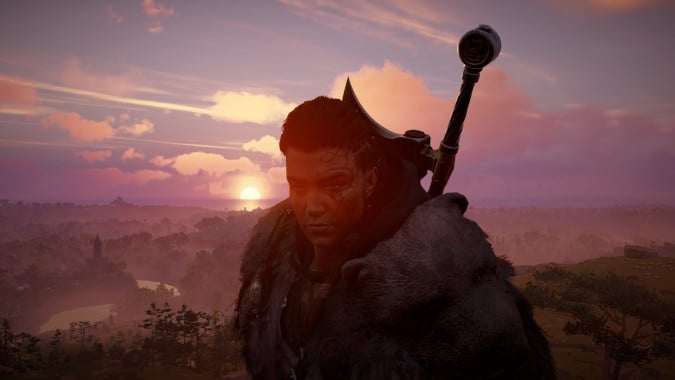 None of this is to say the performances of the male voice actors in these games weren’t good, or even great — I think Mark Meer is amazing, and I’ve loved all the voice actors for the past two AC games — but I feel like, when Ubisoft has literally spent years putting male protagonist after male protagonist on the box art for their games, and has even gone so far as to reject the idea of solely a female lead for an AC game, it’s worth discussing. And it’s not just Ubisoft — not even close — but since I’m using the AC games to discuss this trend they’re going to get the lion’s share of the discussion. Sorry, guys, but when Bioware is still being super quiet about its RPG franchises and Cyberpunk 2077 is only slightly better about putting the lady version of its protagonist V on the box or in any marketing, you’re the go-to face for RPGs right now.

And that face is overwhelmingly male, even on games where you have the choice to play either.

I’m not saying ban all growly bearded screamy men from game art, but especially at a time when I know the art is there — clearly it is, I can find pictures of Kassandra or lady Eivor on art books, on alternate posters for the games — why is it so hard to let the characters you’re letting helm these games showcase them? It’s gotten to the point where there’s internal pressure on the development team to force a game to include a male protagonist in a narrative that clearly makes more sense if you play as a woman. 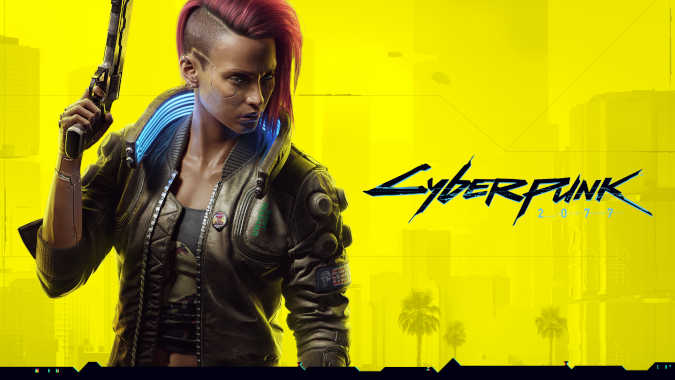 The idea that female protagonists won’t sell seems to me a self-created problem. If you won’t feature them, won’t put them front and center on the box art, won’t be unabashed and unapologetic about them, people will notice. And it feels extremely out of touch with what’s happening with the franchise — Odyssey sold over ten million units, and Valhalla is on track to do even better. If you’re making them the official or semi-official protagonists anyway, clearly that’s not hurting sales. Would putting lady Eivor on the cover of the game really hurt its sales that much? To me it’s like suggesting that Katheryn Winnick‘s Lagertha hurt the show Vikings, instead of doing what it did and brought more people in to watch it. Although to be fair, Travis Fimmel was an equal draw.

And that’s the thing — I definitely think in a game like Valhalla where you can play as a male or female protagonist (sorry, no nonbinary options as yet) that you could afford to have both on the box art — maybe just put them both on there, maybe do a 50/50 split on covers, there are a variety of ways you could do it. Again, Cyberpunk 2077 is just barely better and it manages to have female V on some of the promo art at least. But as long as companies keep trotting out women don’t sell as an excuse after making very little effort to promote them, we’re going to be doomed to a game landscape dominated by bellowing screamy faced guys.

I’m just saying let the women scream their heads off while burying axes in people’s necks too. Lady Eivor rips people in half. I don’t see a reason she can’t do it on the box. There shouldn’t still be a debate about whether or not women in video games can do what women in real life lived and died doing.