Blizzard needs to show guilds some love, but Shadowlands hasn’t convinced me they will 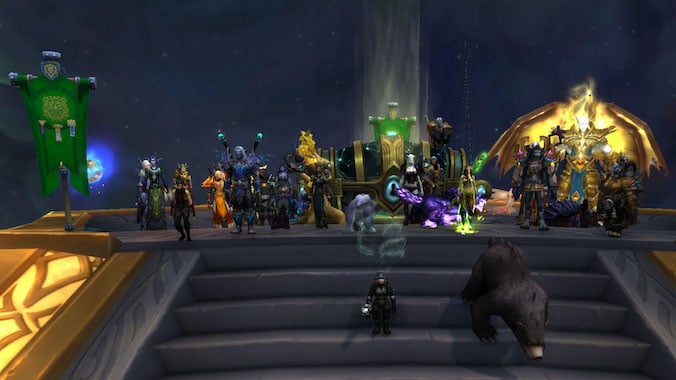 Behold the Shadowlands — four zones full of interesting and compelling content. The journey to 60 is reasonably quick or you can meander and still feel you are making progress. For the player, there is much to see and do. But for a guild, it’s same ol’ same ol’.

As a guild leader — going on 13 years in December — I am heartened to see the return of people who have taken years off. I log in and there are, easily, upwards of 20 people on every night. They’re off running content, heading into the vastness of the world and leveling at their own pace. The recent emphasis on player agency makes our characters look extra cool as we quest. But this emphasis has come at the expense of the guild community.

The state of guilds is not good

Blizzard has, in not in so many words, said that they don’t know what to do with guilds at the moment. It clearly shows. Open the “Guilds” panel in achievements and, for the third expansion in a row, the only new achievements come in the form of “Finish x dungeon or raid on Mythic difficulty.” That’s it. We did get an expansion of characters in the “Guild Message of the Day” and that seems to linger, maybe for five more seconds when you first log in before add-ons scream at you they need to be updated. That’s it.

Back in Vanilla WoW, guilds were the main way you saw endgame content. I knew a handful of people who considered themselves mercenaries. They were available, for a price, to unlock UBRS or fill a slot in your dungeon/raid team. You didn’t always need them because you had a player base to run content.

Now, you don’t need to be in a guild to see end-game content. With “Communities” and “Looking for Raid/Group,” you can wander the world and always have the ability to see the final boss. You can play World of Warcraft as a single-player game and still come away with top-of-the-line loot. I’m not decrying the solo experience. The beauty of this game is the ability to play how you want to play.

I know I’m biased because I run a very active guild. I like to think the best way to experience the game is through the guild community. That’s not true for everyone but the guild experience has always formed the backbone of the game experience. You have to be in the guild to participate in the Mythic first runs. They know their raiders have to have run the content together to gel as a group. It’s knowing your fellow guild members — their playstyles and personalities — that makes endgame content so much fun. 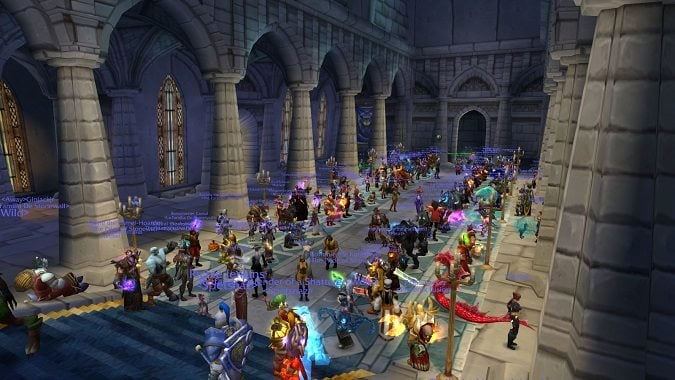 What could be done to strengthen guilds?

Everything I say here and the more which won’t fit into this article, won’t detract from the solo player’s experience. These are a few of the things I want as a guild leader.

Better guild interface tools. Right now, I use the old roster which you can still access by typing /groster. (Be prepared for the occasional lua error.) In the new roster, I can’t right click a name to invite someone — normally a godsend when the name contains special characters. I can do that in the old roster. I need more sort categories. I need more ranks and more bank tabs. I have long, long advocated for a guild bulletin board where the message of the day is more than 280 characters.

Guild housing. I get the reluctance to add this. As we saw with our Garrisons, some people simply hunkered down and didn’t go anywhere. I don’t see where this is any different than hunkering down in Oribos or Stormwind and never leaving the town, though. Give us guild vendors who have reasonably priced items which are unavailable anywhere else. The shirts at the current vendors are NOT reasonably priced. More guild achievable pets and mounts. Give us experience and reputation bonuses for running content in a guild group.

Guild housing would give us a chance to show off what we’ve accomplished. Onyxia’s head, Argus’ spear, N’Zoth’s eye. In the Class Halls, as you accumulated armor sets, they showed up on the dummies around the hall. Recognizable Hunter weapons adorned the walls of the Hunter Class Hall. We should have the Legendaries along our walls. We should have dummies with the armor sets. I’d like a guild historian — someone you could click on who would show the guild’s achievements. Give us banners and standards. And give us the opportunity to hold an open house for others to see our hall.

Give us more achievements. If we had to accomplish something to get the next bank tabs, we’d be all over it. My guild has had the idea for guild blimps since Cataclysm and we devised guild achievements to go with building a blimp with your crest on the balloon. With sharding, you could have a plethora of blimps plying the skies. 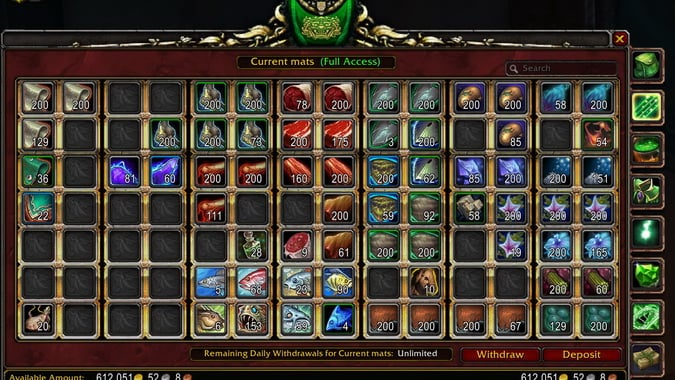 Other achievements we’ve talked about include “Hoarders Extreme” where, assuming the bank tabs, you have one of every crafting material; “We Have to Hire a Banker” where you reach one million gold in your bank; and “That’s the Point” where you impale at least 10 people on the points of a list of eight buildings. (We may have experience in doing this one.)

The “point,” if you will, is that we need way more than “Go kill x boss on Mythic difficulty.” We need things which foster a sense of community. We guild leaders have been yelling for years about the need for more for our guilds. They will fill up the comments here with fantastic ideas. Come on, Blizzard. Meet me in Kharanos. I’ll buy the Rhapsody ale. Let’s talk.