How do you feel about the World Bosses in Shadowlands? 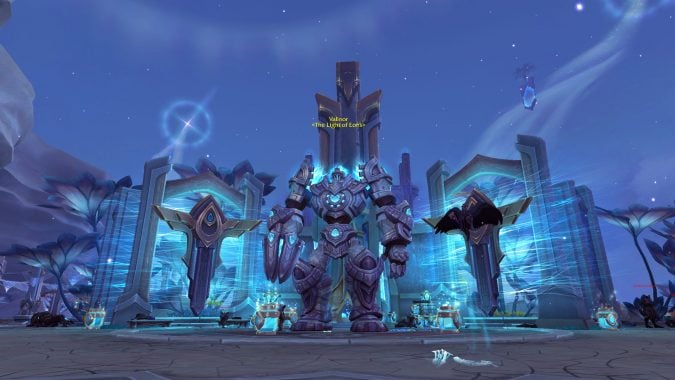 I really don’t like waiting three weeks to get to the World Boss I actually want to do. That’s just me — whenever World of Warcraft has rotated between World Bosses (like when they did it in Legion on the Broken Shore) I don’t like it. I find myself on the fence about how World Bosses are working in Shadowlands, because I end up killing them all every week for the 250 Anima — so it’s not skippable to me, and thus, technically I’m not waiting until the boss I want shows up. But I’m not there because I’m excited to kill the boss, unless it’s the one that drops the Legendary Memory I need for my class.

I’m not sure what I would prefer — all four bosses up at once seems excessive, and having the Memories all drop from each boss so that everyone has a chance every week might also be too much for the system. Honestly I don’t have an answer to how to make me like this system better, although I suspect I’d like it if they rotated them a bit so that two were up every week, making it take less than a month for the one I’m interested in to show up.

But that’s just me and as always I’m curious what you guys think. I mean, going all the way back to vanilla WoW, we had random spawns on World Bosses like Azuregos, Kazzak, and the Dragons of Nightmare — it’s not like they were all always up at once, but it was possible to kill several of them in a week. Should we go back to a system like that? Or are we better off with one boss every week and that being the end of it? What do you think about the Shadowlands World Bosses and how they spawn?

Blizzard Watch is made possible by people like you.
Please consider supporting our Patreon!
Filed Under: Shadowlands, World Bosses
Advertisement