Valor Points make their return in patch 9.0.5, expected to release in March 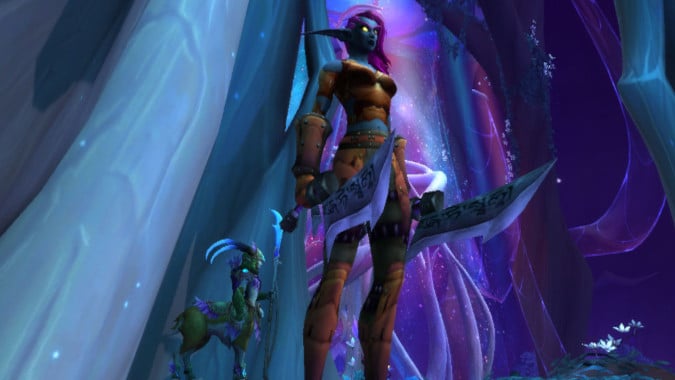 The patch 9.0.5 PTR is now live, and it’s a system focused affair, with bug fixes for issues that couldn’t be hotfixed and a whole new system for upgrading items that drop in Mythic+ dungeons. That’s right: Valor Points are making a comeback. In patch 9.0.5, Valor will allow you to upgrade items to ilevel 200 initially and 220 if you have the achievement for clearing all Mythic+ dungeons at +15. You’ll collect Valor by running Mythic+ and doing Callings.

No, I’m not joking. Valor Points are back, this time specifically as a currency for upgrading gear from Mythic+ dungeons. CM Kaivax lays it out in the most recent blog post.

We’ve seen a lot of feedback about the pros and cons of the various sources of gear in the Shadowlands endgame. After a rewarding first few weeks, we know that many dungeon-focused players reached a point where the only relevant rewards from the system come from the Great Vault. While the Vault should represent a major goal and the source of the best rewards the endgame has to offer, we want to find a way for the loot from the chest at the end of a challenging Mythic Keystone run to feel relevant, without bringing back random upgrade systems such as Warforging, which partially solved this problem in the past. We also want to provide a more consistent reward for the effort for players who do not receive an item at all.

This should make Mythic+ gear stay relevant longer and provide an alternate way to get higher level gear if luck simply isn’t with you. The Great Vault has some significant limitations, after all — on your third week of resentfully picking Stygia because it offered you three items you already have instead of an upgrade to the slots where you’re still struggling to find anything, you’ll definitely start longing for a new way to get better gear. While I have some issues with this system — for example, another currency system in a game where we’re keeping track of a lot of currency systems doesn’t exactly excite me — I do think making it so you get some kind of useful reward at the end of a Mythic+ is a sight better than the big fat nothing that often results.

Still, this doesn’t actually let you acquire more gear: it just means if you have gear from Mythic +, you can keep using it longer. If you’re stuck using a trinket from a World Quest because neither dungeon runs nor the Great Vault have provided you anything, this system won’t help you. It’s only for gear from Mythic Keystone Dungeons — and it’s only new gear from these dungeons, as Kaivax has clarified that only gear from patch 9.0.5 will be eligible for upgrades. Frankly, I don’t see why we can’t upgrade all gear with Valor Points, including raid gear and World Quest gear, much as we can Honor and Conquest gear right now.

The patch will also include tweaks and changes to Legendary item powers and Covenant abilities to improve some of the least popular options, but Blizzard hasn’t given us any real information on what those will be as yet. However, Kaivax does mention that the patch is expected to launch in March — not exactly when in March, of course, but “within a month” is more than we knew before — which means we’ll likely see a serious testing pass fairly soon, because February is a short month.

The PTR is live now, so you can fire up your Battle.net app and download it for testing if you’re so inclined.