WoW Classic entered Phase 6 in December, which brought the long lost original form of Naxxramas and the original Scourge Invasion to the game. That was a hefty dose of content for the WoW Classic community, but it’s also the end of original World of Warcraft content — everything that can be released for the game that we had from 2004 to 2006 will be released, and nothing else is going to come along from Vanilla WoW days, because there’s nothing left. And that means that all the players who have finished Naxxramas have nothing else to do.

Well, for one thing, we kind of already have. Blizzard has not so subtly been testing the waters with surveys to determine what player interest would be for a WoW Classic version of The Burning Crusade. There was even some speculation back in October that Blizzard is preparing to release a new WoW Classic beta to test exactly that. But there’s the question of resources — The Burning Crusade is a pretty big expansion, and you’d need a reasonable team to get it ready for its return.

Secondly, how do you even do this? Do you just update WoW Classic to The Burning Crusade, which would mean new talents, new items, and a loss of that nostalgic 1-to-60 feeling? Or do you open up specific servers that are TBC equipped and let people decide if they want to move there or stay in their 1 to 60 version of the game? It’s important to get a handle on what people really want WoW Classic to be — if you start patching and updating every Classic server to some version of TBC, you’ve effectively just made a new World of Warcraft that’s fourteen years behind the retail version, updating to new versions as time goes on.

And that’s another matter — WoW Classic has officially run out of content. With Naxxramas releasing, all the original raids will have released. Barring suddenly deciding to create Classic-only content, Blizzard is basically going to have to give players some of that TBC-era content to run sooner or later. After Naxx, there’s simply nothing left to release for WoW Classic and no matter how much you love going back and doing the old stuff, are you really willing to just farm Naxxramas forever? 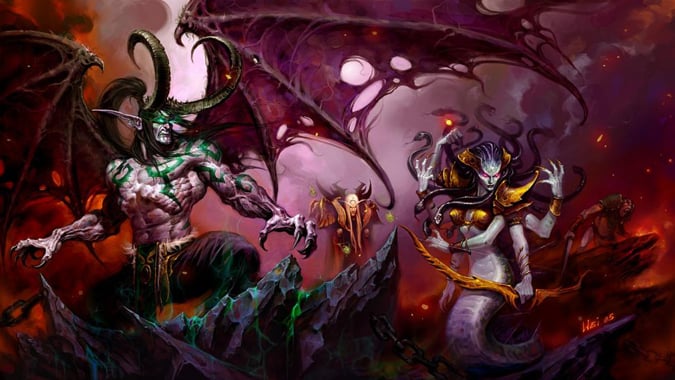 If I had to speculate based on the phases of content roll out, I’d say that we’d get a WoW Classic: The Burning Crusade announcement sometime this year, possibly aiming at Q1 of next year for its release. I would bet a year’s subscription that they won’t just update WoW Classic to patch 2.x — there are a lot of players of Classic who want exactly what they have now and aren’t going to want to deal with new talents or abilities, much less the sudden surge of tank viability from Paladins and Druids, or suddenly getting Alliance Shaman and Horde Paladins. And new races are also not something everyone signed up for — we all remember how Blood Elves changed the population balance of the Horde forever, right?

But no matter what, I believe we’re going to see The Burning Crusade in WoW Classic, and likely Wrath of the Lich King after it. Possibly a lot sooner than we might have expected. With BlizzConline coming soon, I feel like a WoW Classic announcement like The Burning Crusade Classic would be pretty big news and it would generate a big pop for a lot of players. And if the beta is already in the works, they could well have a similar test to the way they let people at home test WoW Classic during BlizzCon 2018.

It feels inevitable, honestly. There’s really nothing else to do in WoW Classic, and the expansion that helped change the game forever feels like a done deal. One way or another, we’ll find out soon.