Diablo 2: Resurrected will offer quality of life improvements such as fewer cheats and tweaked player trading 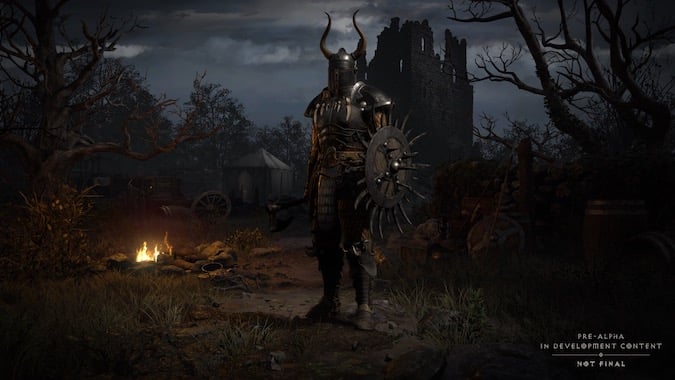 The announcement of a Diablo 2 remaster was one of the high points of this year’s BlizzConline, and eager fans have had lots of questions. Three leaders of the franchise fielded some of those queries during the Diablo Q&A panel, with Rob Gallerani, principal designer, representing Diablo 2: Resurrected. Although he’s brand new to Blizzard, Gallerani has been working at Vicarious Visions for two decades. Suffice to say, the guy knows his way around a remaster.

Many of the questions about Diablo 2: Remastered understandably wanted more detail about how the project would cultivate the intangible things that made them fans in the first place. Gallerani was clear that preserving an authentic experience of the original was a top goal for the team. But he addressed a few areas where there will be quality of life improvements. These are adjustments that reflect what game developers can do with contemporary tools while still keeping the heart of what players loved in the original Diablo 2. And that’s exactly the kind of balanced attitude many staff and readers here at Blizzard Watch have been hoping for in a remaster.

One of the questions during the panel explicitly addressed one of the big modernizations, which was how Blizzard will cut down on bots and cheats in the game. They’ll have the game running on Battle.net, which already means D2R is is leaps and bounds ahead of the infrastructure for the original Diablo 2. Gallerani explained that while there’s no way to ensure a perfectly secure game — in his words, “I would never challenge the internet” by throwing down that gauntlet — the D2R team will be able to prevent a lot more of the questionable behavior that was a part of the original. That includes item duping, bots, and even toxic in-game behavior.

Later on in their discussion, Gallerani also explained a few tweaks that will be coming to player trading. D2R players will be able to link items to other people in the chat, making it easier and smoother to actually get your gear out on the market. And there will even be a way to compare items available for trade with what you currently have equipped. What an idea!

It’s still early days with news about Diablo 2: Resurrected, so expect to hear lots more in the coming months about additional quality of life improvements and tweaks. The combination of the BlizzConline panels and Vicarious Visions’ impressive pedigree of remastered titles should reassure Diablo fans that the game’s modernization is in good hands and will have the dark, bloody heart that you know and love.

Blizzard Watch is made possible by people like you.
Please consider supporting our Patreon!
Filed Under: Blizzconline, Diablo 2 Resurrected
Advertisement