How can Tazavesh both feel like a heist and be a satisfying dungeon? We have some ideas. 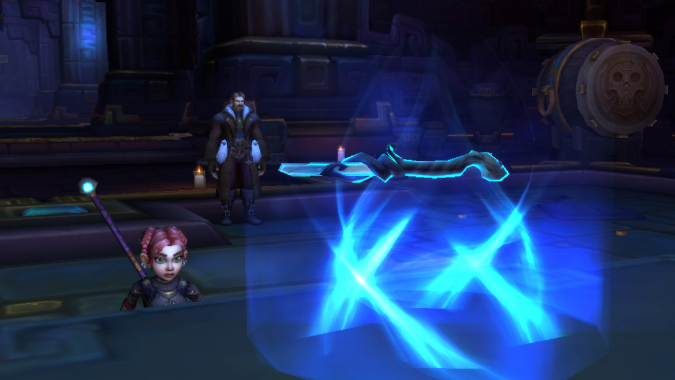 Tazavesh the Veiled Market is Shadowlands‘ version of the mega-dungeon concept, following Operation: Mechagon in Battle of Azeroth and the Return to Karazhan in Legion. Like those dungeons, Tazavesh will have eight bosses instead of the standard three-to-five, and when released in patch 9.1 will only be available on Mythic difficulty. Unlike those dungeons, though, the second half of Tazavesh is slated to be a world-spanning chase scene, with game director Ion Hazzikostas likening it to a “Gringotts heist inspired dungeon”.

For those unfamiliar with Harry Potter, Gringotts is the central bank, with a ton of traps and tricks and of course the occasional dragon to help fight off would be trespassers and thieves. While Harry Potter and the Deathly Hallows doesn’t fully lean into the possibilities (for those who prefer the cinematic version, it’s in Part II), we get a taste of what Blizzard has in mind with the Treasury Heist questline in patch 8.1 of Battle for Azeroth, although unfortunately only Alliance characters get to enjoy it.

The question becomes how do you capture the frenzied pace of a heist sequence while still making the dungeon fun for players? Not everyone enjoys added stress of content with a countdown, and there’s no chance they reset your progress if you fail on the third boss. At a minimum, the players will get a breather after each boss, so it’ll come down to the intervals between bosses that set the tone. Finally, a dungeon that’s 50% cutscene will get very taxing very fast (even if Harrison Jones isn’t involved this time) so Blizzard can’t simply rely on the cinema team to provide that heist feeling — it has to come from playing the game. 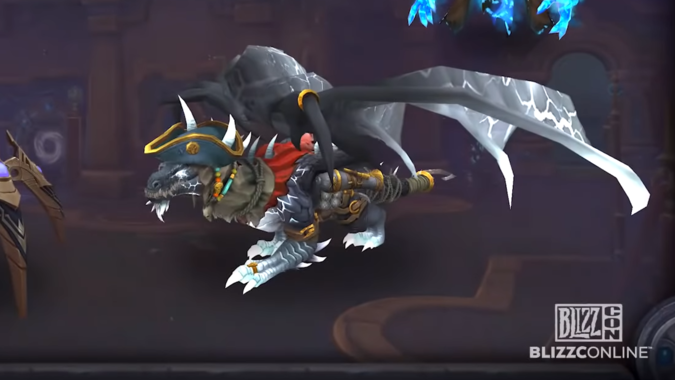 Heist-style mechanics in past dungeons have us optimistic

There are really two components to a chase sequence that Blizzard needs to provide in order to best simulate one. The first is linearity — namely, we have to be constantly moving forward towards our objective. An open world or multi-path setting isn’t going to work here. We do know that there will be portals between locales, which’ll help a little with this aspect (as you can’t move backwards) but there needs to be more than that. The second is speed and the sensation that if we don’t keep moving we’ll lose our target, but in such a way that it doesn’t frustrate the players unnecessarily or lead to constant wipes and groups disbanding.

The antagonist of the aforementioned questline, Opulence, provides a possibility for how Blizzard could set up the linearity — namely the Phase One portion of the fight in the Battle of Dazar’alor. For those who don’t remember, each time the path guardian took enough damage, it would set the square on fire as it moved on to the next one (the MOTHER fight in Uldir had a similar mechanic). Something like that — wherein you can’t go back after a certain objective is met, and not just limited to going through portals — would enforce the idea of pushing forward towards your goal without penalizing you for lack of speed.

The speed aspect should still be there, though, and that’s going to be tough to do in a way that’s palatable to all players. One possibility is to simulate motion like in the Grimrail Depot dungeon back in Warlords of Draenor, where the environment is what’s moving fast, not you. The technology behind it could be leveraged in different ways — riding a mine cart, sledding down a mountain, you name it — but like the cutscene idea it probably needs to be limited to only a couple uses, otherwise it’ll becoming tiring fast.

The most likely answer is one that Blizzard has used before: a timer. I know, I’ve already stated that not everyone enjoys a countdown, but if it’s a countdown that provides a bonus when met instead of a penalty when not met, it could provide enough motivation for the players to speed up a little. Previous dungeons where Blizzard has done this include the Culling of Stratholme, Zul’Aman, and Return to Karazhan — that’s right, if you do it fast enough a mount drops. While there’s no guarantee that this is the plan, or if so, the mount that drops, I can’t think of anything that would make me go faster than the hope of getting my own Infinite pirate dragon mount.

Blizzard Watch is made possible by people like you.
Please consider supporting our Patreon!
Filed Under: Mega-dungeon, Patch 9.1, Tazavesh, Tazavesh The Veiled Market
Advertisement