What’s the most annoying trash mob in WoW? 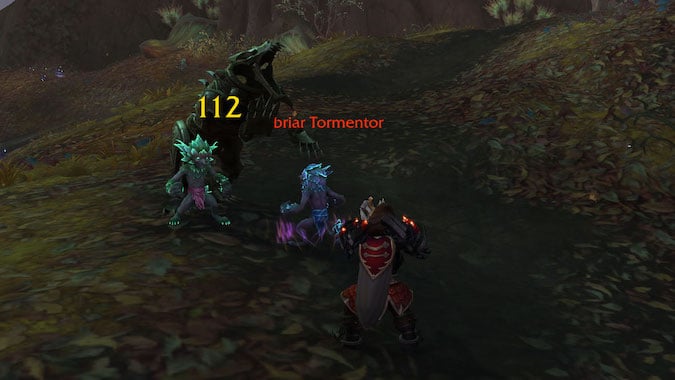 Every expansion has that one mob which is just plain annoying. We all know Murlocs have taken the crown in many cases, but lately, they haven’t been around. There’s not a clear reason for them to be in Shadowlands, so they aren’t. They didn’t exist on Draenor, either, and were limited to very specific places in Battle for Azeroth. They just aren’t the pervasive pests they started out to be.

Even with the availability of water, their preferred habitat isn’t available. I sound like a scientist. (Would I be a Herpetologist, if I studied murlocs?) When it wasn’t thematically conducive to have murlocs, the game has turned to other mobs. They fill that void for fast respawning mobs which annoy the heck out of you because you can’t get out of combat without dragging two or three of them along. I have a short list of such mobs which have, over the years, annoyed the heck out of me.

As I’ve quested through Shadowlands I’m finding I dislike Spriggen to the point of “Oh that World Quest is up. Nope, not going to do that.” Gorm were a very close second, with Mawrats coming in third. The things which annoys me the most about Spriggen is the sound they make and the movement. Gorm pretty much stick to where you shoot them. Mawrats take off but they aren’t as populous as the other two, although there’s no denying they are obnoxious. Spriggen are just all over the place. Yeah. Yeah. That’s how they are designed but man is it annoying when you have to kill them.

Now, your mileage will definitely vary. There are a number of other creatures which can fill the “Worst Trash Mob” requirement. We have to kill these things and, usually, there are several quests which take you into combat with them. For some of you, any kind of spider is going to fit this bill. You may have a mob you loathe which I didn’t find annoying. Here’s your chance to vent. The qualifications for this category are: high respawn rate to the point that you have to run away with several of them either attached to you or targeting you, and high concentrations of the pest to begin with.

And then answer this question, which trash mob is your absolutely most hated. I think I have to go with Spriggen here, too. Come on Night Fae. Exterminate them already.

Blizzard Watch is made possible by people like you.
Please consider supporting our Patreon!
Filed Under: Discussion, Murlocs, Trash Mobs, World Of Warcraft
Advertisement