The secret Slime Serpent mount has been found in Plaguefall! Here’s how to get it for yourself 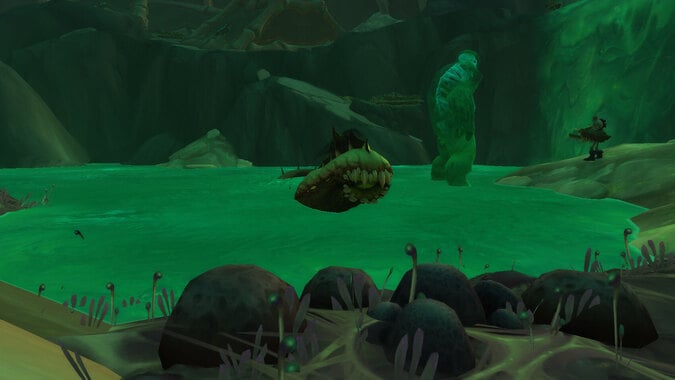 Another of Shadowlands‘ secrets has fallen to the dedicated folks over on the Secret Finding Discord — this time it’s the secret of obtaining your very own Slime Serpent mount from Plaguefall. This ooey-gooey mount has been at the top of their list for the entirety of Shadowlands up until now, but over the weekend they finally cracked the case.

The first person to get the Slime Serpent was Durendil — a hunter known for soloing things that shouldn’t be able to be done by yourself. They got the Slime Serpent completely by accident while getting footage for a Mythic Plaguefall soloing video. From there the Secret Finders confirmed the steps necessary to replicate it and players were off to the ooze-covered races!

In order to get the Slime Serpent all you have to do is go into Plaguefall on Heroic or Mythic difficulty and solo the last two bosses. Once you’ve dealt with Margrave Stradama, just take a trip back up to the surface where you fought Domina Venomblade and pet the Curious Slime Serpent that’s off to the side. Easy right?

Well, yes and no. It’s definitely more straightforward than secrets have been in the past. You don’t have to solve any wild puzzles like when players figured out how to get Jenafur by creating a sheet of music out of the Karazhan Opera room or traveled the world obtaining different colored monocles for the Hivemind — but you do have to be a player who can go toe to toe with dungeon bosses all by yourself. 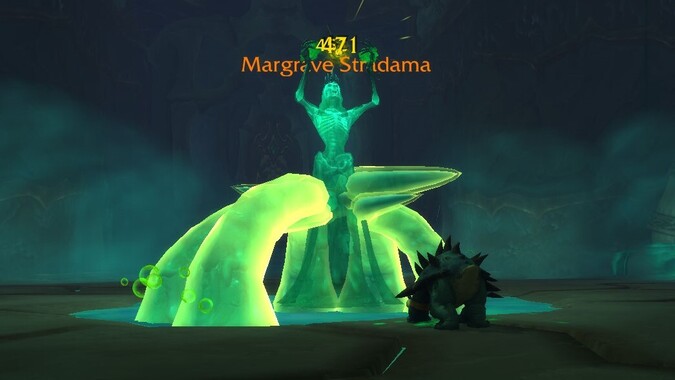 I had no problems getting my big bear hands on this mount, but I am a very geared tank. Right now tanks of all flavors and Hunters are having the easiest time with soloing these bosses. It’s not impossible that other classes and specs can get it done. I watched a streamer friend of mine named Touchpadwarrior beat Margrave Stradama as an Arms Warrior, but it took a few tries. He did have to swap to Protection in order to reach the final boss. Domina Venomblade and her assassins just did too much damage to an Arms Warrior to succeed.

And that’s if you can even reach the bosses. There’s lots of trash that you’ll still have to contend with as you make your way through Plaguefall. Invisibility potions, stealth, and feign death will definitely be your friend as you sneak around groups of enemies that want nothing more than to infect you with all of the fun diseases that the House of Plagues has been working on. Remember that if you do get into combat you can use the plague barrels scattered around the instance to help kill the enemies you’re fighting. Just be careful to not stand in the plague explosion too, or you’ll be taking way more damage than you wanted to.

Over the rest of the expansion and beyond, this should get easier to do. Each patch will see us getting higher and higher gear levels — and more power progression that isn’t tied to gear. Conduit ranks will be going up, there are fancy new gems and weapons coming out the 9.1 raid Sanctum of Domination, and even new legendary powers that could alter the way your Covenant Power interacts with your spells.

Patch 9.1 is coming soon, and with it, those masterminds at Blizzard are sure to have snuck in some new secrets. I can’t wait to see what turns up next!