What should Blizzard do to replace Borrowed Power in future WoW expansions? 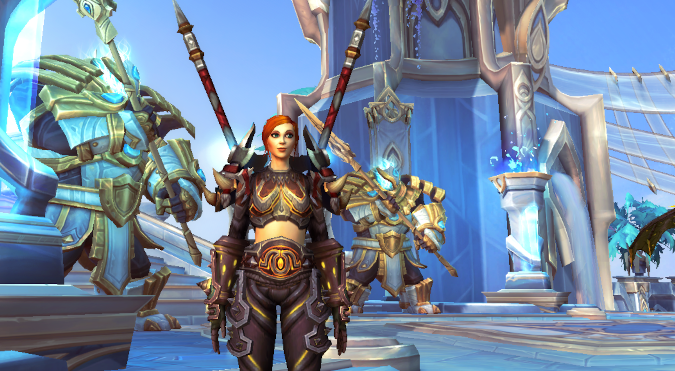 In a recent interview with Preach, Ion Hazzikostas, the Game Director on World of Warcraft, talked about Borrowed Power systems like Azerite Armor, Covenant Powers, and Artifacts that have been a big part of World of Warcraft‘s last three expansions. One of the reasons they became so prevalent was due to the nature of leveling in an MMO — eventually, as new abilities are added to the game, it can become unwieldy as each new expansion brings new abilities that are added to an already overstuffed character roster of spells and attacks and talents. But while the goal for these systems was to let players have a sense of progression without cluttering up the overall game, the consensus seems to be that getting a cool new power and then losing it doesn’t feel great, and they’re looking for ways to replace that gameplay loop going forward.

And that has me wondering — what should they do to replace it? Should we go back to the previous systems that tended to stay around, like new talents, new spells and powers? Should we revisit concepts like Tier sets, and have the borrowed power be things that you can gain and lose within a raid tier, so that it doesn’t have time to feel so central to your character? Perhaps entirely new systems that persist, the way the mission table has endured since Warlords of Draenor — imagine if we’d never given up our Artifacts after Legion, but had instead held on to them and just kept getting new relics to slot in and new appearances?

I’m curious if there’s really a way to satisfy the player urge for progression and advancement and yet also keep the game from mushrooming into full bloat, with so many powers and abilities that it feels cumbersome and unwieldy to play the game. Can this be handled? Is it as simple as not making the borrowed powers so central to the gameplay experience, the way Tier sets often became obsolete within a single expansion? What would your solution to borrowed power be?