How do you know when you love a game? 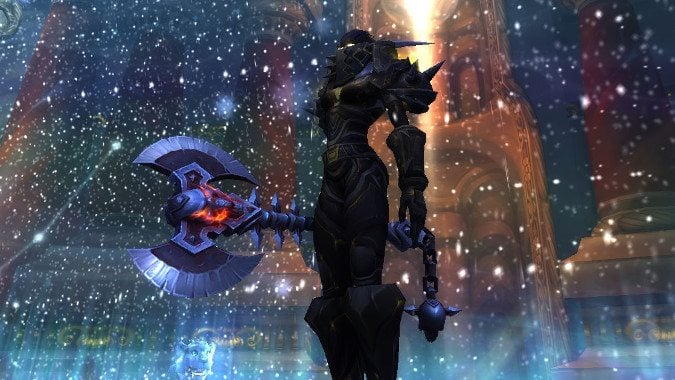 The central question of this post may seem on the surface to be kind of silly, but it isn’t — because every game is different, and so is every person who plays games. For me, using World of Warcraft as my example, I knew I loved it when I first got Charge. It was a revelation that transformed the game from I guess it’s kinda fun to me running around Durotar launching my green Orc butt at every scorpid, every Kul Tiran sailor, every dinosaur and Quillboar I could find. It’s hard for me even today, all these years later, to really understand how to explain the sensation of that one moment and how it transformed my feelings about the game, feelings I’ve managed to maintain all these years later.

Other things cemented my feeling — the addition of Titan’s Grip, transmog, and character customization have all helped to keep me here. But it’s always going to be Charge that got me hooked.

Of course, other games have different answers. For Diablo it’s been the Barbarian class, and specifically in Diablo 3 it was Whirlwind. For Overwatch it’s been the lore, and that’s also what I love most about StarCraft — the engaging, constant story that’s gotten me to pay attention to those games even when I can’t play them very well. Overwatch I actually own despite getting very motion sick trying to play it just because I love the story, but as much as WoW lore has been a focus of my life, it was Charge that won my heart there.

But what about y’all? How did you first realize you’d be more invested in that particular game? Was it on your third Mass Effect 2 playthrough? Was it the first time you saw Kassandra stick an obsidian eye in a delicate place on a goat? Was it the first time you realized the quest you were on referenced another quest from ten levels ago? How did you first realize you loved a game?

Blizzard Watch is made possible by people like you.
Please consider supporting our Patreon!
Filed Under: Games, Love
Advertisement