What would you think of reputation becoming account-wide in WoW? 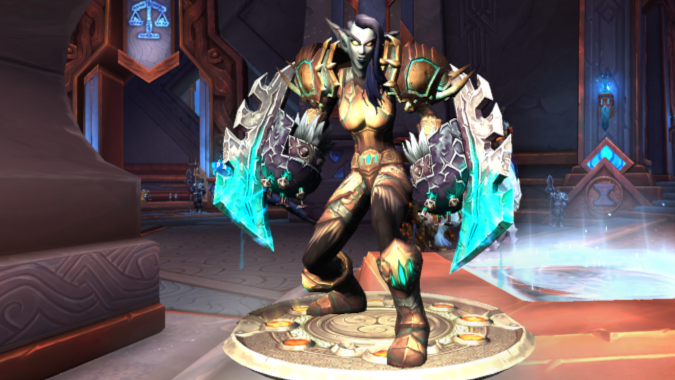 I think that Shadowlands, with its focus on the Renown system and Covenants, really made me aware of reputation in World of Warcraft and how stifling it can be. Having to get it to max level on one character is bad enough, but having to do it over and over again on each new alt? It doesn’t feel really great. It’s something that’s been in WoW so long that I sometimes even forget about how strange it feels, and the old saw about how the higher a player’s reputation with a faction is, the more they hate that faction for all the repeated grinding they had to do to achieve it really rings true to me. I remember by the time Naxxramas came out in vanilla, I was done with the Argent Dawn. I hated scourgestones, I hated Light’s Hope Chapel, I was completely and utterly tired of each and every one of those guys.

So the repeated suggestions I’ve seen this week saying that reputation should be account wide took me completely by surprise, because I’ve honestly stopped thinking about how weird and annoying rep grinds are, and so I had to be reminded by someone else — it’s so totally a part of my WoW experience that I honestly don’t really ever stop and think about it. But now that I have, really, why are we forced to grind the same rep multiple times on our alts? If it’s to keep your alt from getting the good rep gear, why is that a good thing? Very often, by the time my Warrior is exalted and can get the decent gear on a rep vendor, she’s got better anyway. Why make her grind utterly pointless?

As far as I’m concerned, rep should absolutely be account wide. There should be a real, tangible benefit for having done this already. We’re already letting rep give us achievements that unlock things like flying for our alts, why not just divest ourselves of the feeling of ugh, not again with these guys that comes from doing the same rep grind six times?

Blizzard Watch is made possible by people like you.
Please consider supporting our Patreon!
Filed Under: Account Wide, Alts, Grinding, Leveling, Reputation
Advertisement