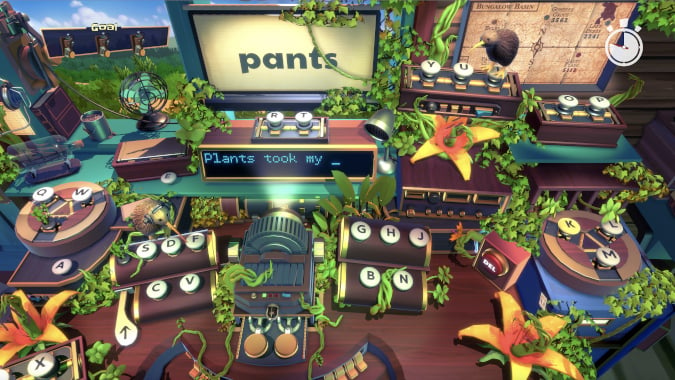 Between Day of the Devs, Wholesome Games, Future Games, and the Indie Games features at E3 and Summer Games Fest, and now the Steam Next Fest, my Steam wishlist has swollen from just under 200 games to well over 300 in the space of a week. In reviewing the list, I noticed that only one of the new titles was an offering from a company that would typically have a stand-alone panel during these big, show-stopping events. The rest are indies.

In chatting amongst the staff and comparing notes, this seemed to be similar across the board, though the games we’re digging vary pretty wildly. So what was it about the indies that caught our attention, and why? 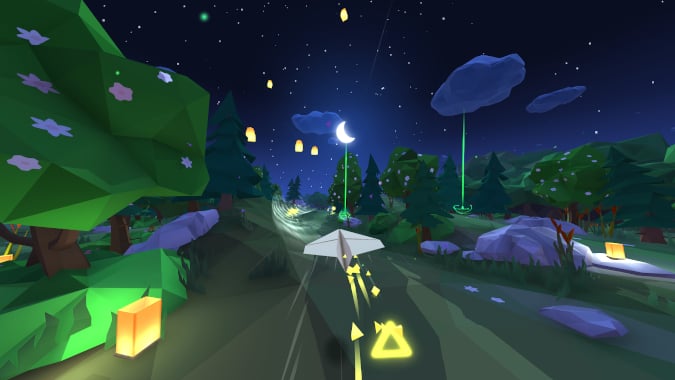 To be fair, what exactly is or isn’t a AAA title or indie is up for debate — there’s no one clear definition, either of studios as a whole or games per se. AAA tends to denote a big-budget game, while indie is, well, just about everything else, making it hard to label. Sure, we can definitely peg Activision-Blizzard or Bethesda as AAA, and a game like Fossil Corner with literally one dev and a couple composers as indie, but what about a studio like Techland? They unveiled the sequel to Dying Light — the first of which had over a million players in the first week — as a title under the indie umbrella.

There are also notable publishing studios like Devolver Digital and Annapurna Interactive in the mix. The games they produce are undeniably indie, but both have published many titles, and consistently good ones. Both also have their own specific brands, with Devolver being known for their utterly bonkers presentations, and Annapurna being known for having heartrending, deep narratives. While it doesn’t lessen the emotional or critical impact of a game like What Remains of Edith Finch to be published by a studio well-known enough to lend them some amount of credibility before the game even sees the light of day, it does make you wonder whether the “indie” label tracks.

These types of titles have increasingly been labelled “Triple I” titles to differentiate them slightly from the scrappy startups, but even this label is murky. There are also studios and developers which are still tiny teams, but have the name recognition to mean something. The critical acclaim of Sam Barlow’s very small but very decorated previous games like the stellar Telling Lies means his new upcoming game caught my eye immediately — the hyper-realistic flames didn’t hurt in terms of grabbing my attention, either. 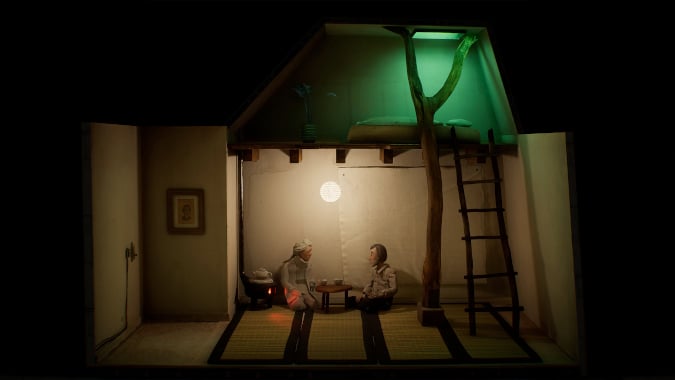 Variety in all aspects of gaming

The indies we saw ran the gamut in terms of everything, from the almost aggressively wholesome puzzler KeyWe to the adult-in-every-sense Lust from Beyond, from the intense mystery thriller Twelve Minutes to the chill mail delivery simulator Lake, from Terra Nil where you try to erase all traces of humanity to Harold Halibut where you try to save the last vestiges of it.

Speaking of Harold Halibut, the art style element alone was enough to make many of these indies stand out. Harold Halibut was made by creating sets in the real world, then scanning them in order to animate them, making it feel very reminiscent of Wallace and Gromit. For the gritty and gory but 16-bit styled Death Trash there’s also Behind the Frame, which looks like a hand-drawn anime. We even saw some mechanics that were unique and fun, like Schim, where you need to hop from shadow to shadow in a fairly standard park — you could describe it as a puzzler, maybe, but defying a classification with something completely new is where indies really shine. 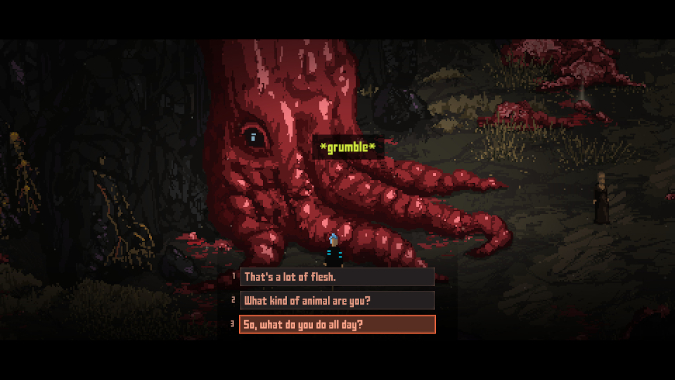 Indies have room to fail, which means room to innovate

Most people aren’t going to be all that bought in to, say, a director’s cut or the fourth title in a series or the new version of Skyrim specifically designed to be played on the Xbox fridge unless they were already a fan of the original, and many of the offerings we saw from the big guys were along these lines. For most of the titles we saw from AAA, even the new announcements tended to call back to previous IP and branded art like Tiny Tina’s Wonderlands or Elden Ring by George R. R. Martin, who definitely doesn’t have any other big projects he should totally be working on right now. Ironically, many of the indie sequels we saw worked backwards instead — a couple of our staffers bought Slime Rancher because they thought Slime Rancher 2 looked so delightful.

The amount of time spent developing these games — and the pressure on these studios to deliver another next big thing — also lends to very lengthy pipelines and marketing timelines. Though we haven’t been able to get our grimy mitts on Bethesda’s upcoming new IP Starfield, we already had several looks at it in previous conventions, so it didn’t help to swell my wishlist because it was already there from the last time we were given a fleeting glimpse of it.

To some extent, taking the safe route is understandable — AAA developers don’t make “small” games as a rule. Even remasters of quirky throwbacks have staffs over a dozen deep and a whole support arm of PR and marketing behind them. If a AAA game is a failure, it means huge financial consequences, both behind that game and in terms of stockholders, so making the safest choice possible is only natural. Unfortunately, what’s “safe” lends their offerings a general sense of sameness which begins to get boring and tedious at an event like E3, where we’re shown game after game and panel after panel until it’s one big blur — was it that fantasy fiction game or that other fantasy fiction game?

The games that stand out tend to be ones with very simple, but very specific points of view or goals, like PowerWash Simulator. Whether you find the idea of that fun, it’s undeniably pretty memorable. 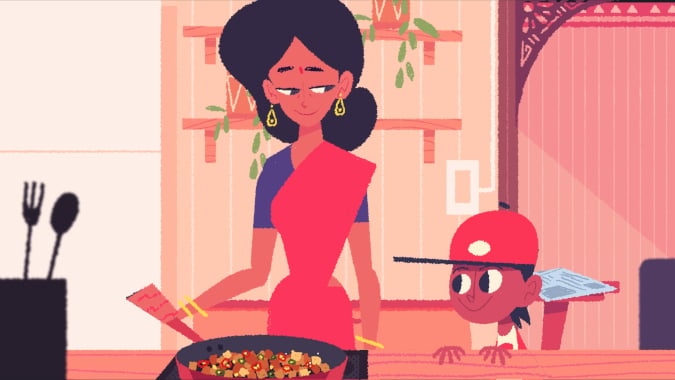 Even if they don’t innovate, indies can provide more varied experiences

Though people tend to have some degree of empathy based on our identities, preferences, and experiences, titles are just going to hit different from person to person. One person’s heartwrenching and poignant story can read to another as overwrought or maudlin, and one person’s idle challenge is another’s controller-flinging frustratingly hard. Because indies tend to be developed by a small handful of people, they can hit those unique, somewhat unexplored perspectives that might resonate with you if your particular identity isn’t served by the big guys. Also, because there are so many active game developers and indie games, if a title’s themes don’t hit for you, the one that will rip your heart out is waiting just around the corner.

For instance, the current trend of what’s been branded “dad games” like The Last of Us are frequently a subgenre I avoid. These games tend to put either kids or moms in peril, with your job being to rescue them. It makes me too deeply anxious to even think about a kid put into that type of danger for me to enjoy the game — but if I don’t buy into that narrative, well, that’s the only narrative arc Naughty Dog has put out since 2017 so I’m on my own. Indies can fill that gap, and more.

With AAA titles, the narrative design teams are so massive that, while unique perspectives may be represented in the writer’s room, by necessity the games tend to tell stories that try to be grandiose and mass-marketable, and don’t necessarily hit those more nuanced story beats or writing. AAA titles tend to avoid allegory, because allegory tends to involve some stripe of social commentary, which the stockholders might not take kindly to — take the cute Donut County, which is a barely-veiled indictment of gentrification, particularly the type occurring as a result of tech giants on the west coast. Even if not, unpacking the introspective questions raised by titles like Kentucky Route Zero — what is trash, exactly? — doesn’t really play to a mass market audience. Even when AAAs do engage in some degree of lukewarm morality, the design teams of later incarnations can flip even that on its head, making the former statement ring hollow.

In the end, the reason we’re gravitating toward indies this year is because these games represent experiences as varied as we are. We’re so glad that these games are being given more and more of a spotlight as these platforms evolve, because it gives us more chances to find that one game that truly clicks with our personalities and playstyles, while also showcasing the evolving medium for what it can do.

Blizzard Watch is made possible by people like you.
Please consider supporting our Patreon!
Filed Under: E3, Indie Games, Next Fest, Steam, Summer Game Fest
Advertisement