Our deaths have made Rendle the richest dredger in history 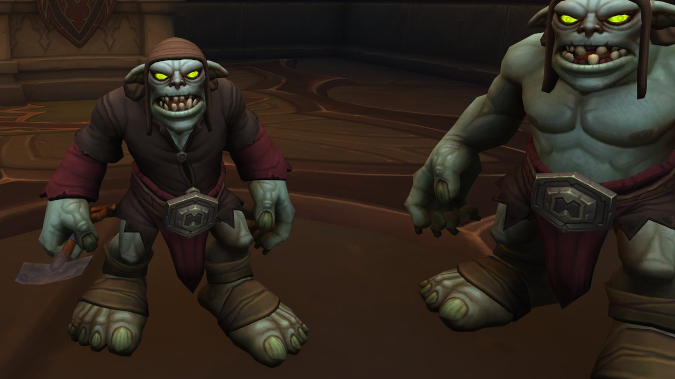 If you’ve done any raiding in Castle Nathria, you probably know who Rendle is, and there’s such a thing as rubbing it in, Blizzard.

Rendle is that little Dredger hanging out in the area before the area where you fight Shriekwing. You know, the guy you run past, stop, and repair your gear after you wipe on Stone Generals or Denathrius. That guy. The guy who has all of your gold, basically. I mean, it’s great that there’s a repair NPC in the raid, I’m not denying that, but at the same time there’s something just a little bit irritating about it, too. Just a little bit, right? Nobody wants to wipe, and watching your gold funnel away into the pockets of a Dredger — a being of the Shadowlands, who really has no need for money in the first place because he’s a weird little thing made out of Anima who dwells in a land of the dead for eternity — it can get a bit irksome.

But in patch 9.1, Rendle has graduated from guy who takes your gold to fix your stuff, to the guy who piled said gold on the floor in patch 9.0.5, to guy who spends your gold on quests. And I’m sorry, but that’s the kind of flex I can’t ignore. Rendle, you’ve changed, man. You’ve let all that gold that everyone in every raid has been spending fixing up their stuff go to your head, man.

In patch 9.1, Rendle shows up in Korthia, in the Keeper’s Respite quest hub that’s the main center of the action as we take the fight to the Jailer’s forces. He’s gotten all glam, wearing Rhinestone Sunglasses because of course he is — I’ve spent possibly tens of thousands of gold on him by now and I’m just one person, he could be wearing a solid gold tuxedo by this point. Anyway, Rendle has a quest for you — he wants to use all that money you’ve spent fixing your gear to hire you to hunt down shiny critters so he can use their skin to make equally shiny clothes to help hide from the various bosses of Revendreth.

It makes absolutely no sense, but that’s fine, because once you’ve staggeringly wealthy you stop having to make sense. You just show up and wave your mountain of gold at a problem. Or in this case, a wheelbarrow of it. Yes, he pays you for your work with a literal wheelbarrow of gold. I just… you used to be about the work, Rendle. I don’t even know you anymore.

Blizzard Watch is made possible by people like you.
Please consider supporting our Patreon!
Filed Under: Castle Nathria, Korthia, Patch 9.1, Rendle
Advertisement