Sanctum of Domination Race to World First: Soulrender Dormazain has been defeated! 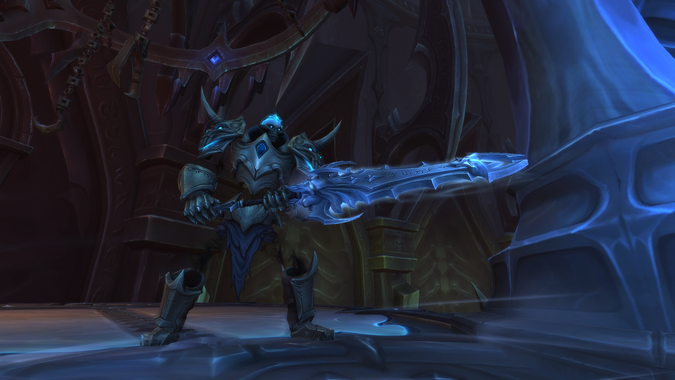 The fourth boss on our Race to World First journey is Soulrender Dormazain. He’s a towering Mawsworn torturer who’s just itching to show off his work to the raid. He’s been working on a very special project: Garrosh Hellscream. That’s right, during the fight players will be working to bring down the Soulrender while dodging his minions and interrupting the tortured Hellscreams emanating from Garrosh himself. Failing to interrupt one of those Hellscreams will almost certainly be a wipe as the entire raid will take a large amount of damage and be feared.

Lok’tar ogar! Complexity-Limit managed to take down Soulrender at the end of their first day of World First progression, making them the only guild at 5/10 as of this writing. It was the toughest fight so far, and Limit took a break after a few pulls to collect more gear before taking another try. In that time Soulrender got a significant nerf — just in time for newly geared-up Limit to close in on the kill. European guild Echo, which started a day later, snagged world second on the boss. Pieces chose to start with Soulrender Dormazain instead of the Remnant of Ner’zhul and got the world third kill of Dormazain, but still has to go kill the Remnant before they’ve caught up with Echo and Complexity-Limit.

The big Mythic change for this fight is the inclusion of a new member of the Mawsworn forces that are assisting Soulrender Dormazain — the Mawsworn Overlord. These Overlords will buff other Mawsworn with a huge damage increase, while also making them immune to important things like interrupts and crowd control. This is the fight where we’re likely to see Death Knights brought the most as they’ll be able to grip the lesser Mawsworn away from the Overlord. Monks with Ring of Peace and Druids with Typhoon will also be able to help control those Mawsworn, but Death Knights will be the favorite for how much control they have over the repositioning.

This fight will hinge on how well the Overlords are controlled, and how good players are at keeping damage on Soulrender Dormazain with all of the chaos happening. It looks like it could be fairly easy to get overwhelmed with Mawsworn and have very little chance to actually get damage in on the Soulrender.

Previous fight: The Nine — Sanctum of Domination Hub — Next fight: Remnant of Ner’zhul

The Race to World First is now live, and many guilds from around the world are streaming their attempts to be the first in the world to defeat Sylvanas on Mythic difficulty. Will Limit reign supreme for the third raid in a row, or will they be dethroned by Echo? We have more information about who is streaming, how you can watch them, and how far into the raid they are here on Blizzard Watch.