How to get the new Covenant-exclusive mounts in patch 9.1 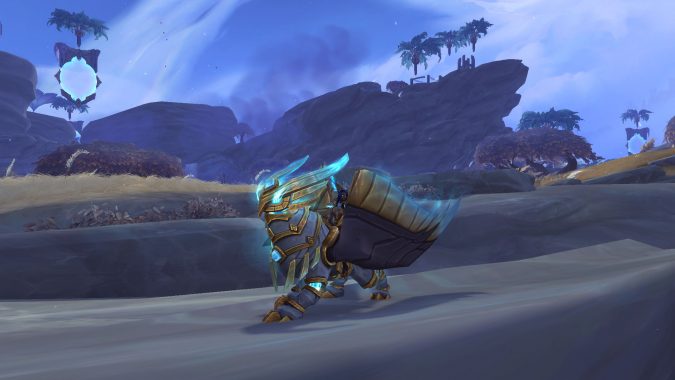 The latest Shadowlands patch continues the Covenant campaign and rewards flying upon the completion of the Chapter 4 quest line which unlocks at Renown 47. To celebrate defying gravity (yet again), your character is rewarded a bit earlier at Renown 45 with a new flying mount, with a model exclusive to your Covenant.

Additionally, these models are each available in three more colors that can be unlocked through a variety of activities in Korthia. 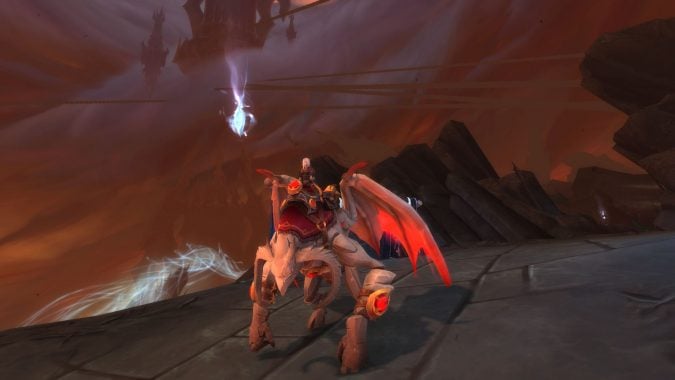 Keep on campaigning to get your second color

The most straightforward acquisition comes at Renown 70, which unfortunately won’t be available for a couple more months as Renown progress unlocks slowly. Unlike the Renown 45 mounts, you will not receive these mounts for free, but they will instead cost you 7500 Anima. Fortunately, Anima is a lot easier to acquire in 9.1, so this shouldn’t be a significant impediment to purchase. 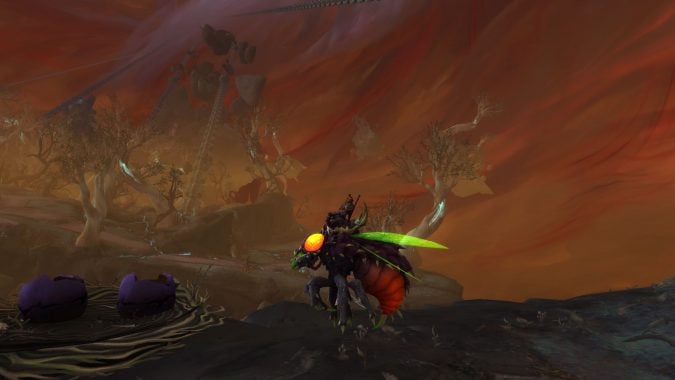 Korthia has the third version of the Covenant mounts, but they’ll be harder to acquire

If you’ve spent any time in Korthia looking for the puzzle mounts you’ve seen many NPC /yells that announce the start of a rare event. Each Covenant has an associated event that can be completed daily and may reward a mount to Covenant members that complete it. These require a member of the Covenant to start, and while they’re not exactly straightforward they’re not particularly complicated either.

Just southwest of the sanctuary Popo waits for you to escort him to fellow Kyrian members who require his potions. Unlike most other escort quests there aren’t many mobs you need to worry about although Popo does like attacking neutral gromits for some reason. At the end of the escort the Wild Worldcracker spawns. This rare has a chance to drop the foresworn aquilon which will match up nicely with any foresworn transmog your Kyrian characters wear.

South of the sanctuary there’s a pile of corpses to be burned. After enough corpses are piled up to be set alight, the rare Fleshwing is summoned. When killed it has a small chance to drop a small corpsefly egg which hatches in 3 days to become the purple Lord of the Corpseflies (conch not included).

To the far west of Korthia there’s a drum circle which you can join to summon the escaped wilderling. After beating it down to 20% health, the wilderling becomes rideable. This is a simple vehicle event, with only one button to push and a giant announcement as to when to push it. Once the bar is filled, the summer green wilderling is tamed and if you’re lucky you’ll get to keep it — note that the mount drop is rewarded alongside the chest for completing the event, not in the chest itself.

At the very south of the map in the vault of secrets Drippy waits for your help to defend him while he repairs a Broken Gatecrasher. Waves of adds spawn, although fun fact — you don’t have to kill them! If you’re out of aggro range when they arrive, they despawn after a few seconds, making this event a lot easier when you’re by yourself. After the adds are dealt with, the Stygian Stonecrusher rare arrives and you have to kill him for a chance to loot a quest item that ultimately rewards the dark brown Mastercraft Gravewing. Note: the Mastercraft Gravewing is inexplicably missing from the collections tab for now, so in order to use you’ll need to macro or type “/use Mastercraft Gravewing” to summon. 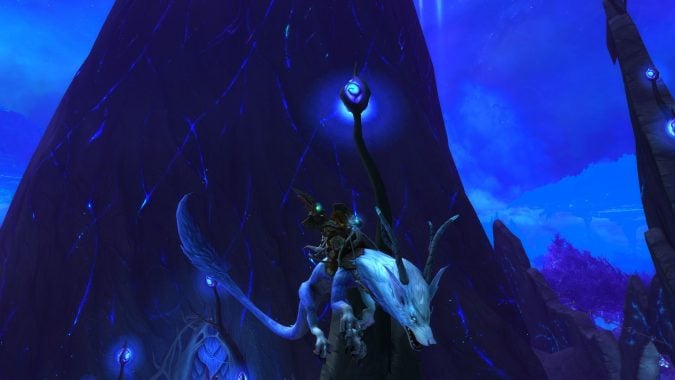 The final recolor requires you to go On the Offensive

There is one last recolor of the Covenant mount available, but this one is probably the most complicated as it requires reaching exalted with the Death’s Advance faction while also completing the Covenant assault meta-achievement On the Offensive. The related achievements have some quirks, so if be sure to read up on them for tips.

While the cost of these recolored mounts is only 1000 stygia, the achievements seems not to unlock them account wide. As a result, it may require four toons in different Covenants to reach exalted and complete On the Offensive in order to unlock these color variants. Or you could have a character Covenant switch multiple times to pick them up. We’ll know for sure once players begin to earn the meta-achievement.