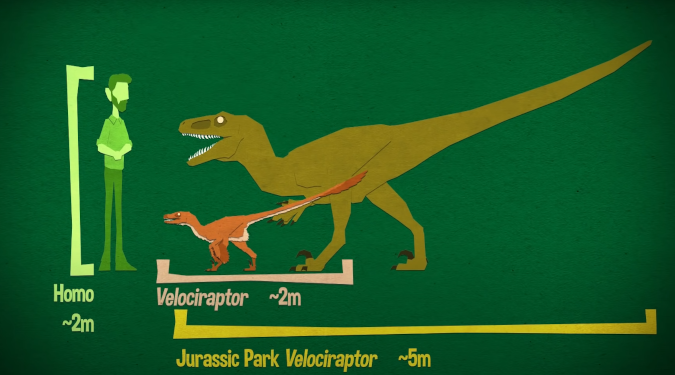 Many of the creatures we think of as “dinosaurs” are wrong. The toys you played with as a kid? Wrong. Jurassic Park? Wrong. Many of the things pop culture teaches us about dinosaurs is wrong, and the show Your Dinosaurs Are Wrong, which talks in-depth about what dinosaurs were really like, is the kind of series I would expect to just be aware of. Like Spider-Man senses danger or Batman senses an opportunity to be just the biggest jerk possible, I usually sense anything even dinosaur adjacent. I’m that guy who immediately searches for anything dinosaur the second I get onto any new media source, be it YouTube, Disney+, the local library, even your house. Seriously, would it kill you to pick up a few books about the Aphanosaurs? It’s like you don’t even care about the Avemetatarsalia. Inexcusable.

So when I discovered that not only does Your Dinosaurs Are Wrong exist, but it has existed since 2013 and I missed it, I was, as the kids say, “shook.” Do the kids still say that? Whatever, the kids don’t know everything. They probably don’t even know how many toes Scelidosaurus had.

One of the reasons you may not have heard much about this web series is that it was originally part of The Geek Group, which later rebranded itself as the National Science Institute. The NSI was a non-profit organization which tried to spread accurate scientific information — but which also had a bit of a hard time with funding. It was dissolved after a raid by the US Federal Government on December 31, 2018.


However, Steve and Liz — the people behind Your Dinosaurs Are Wrong — had nothing to do with any of that. They wisely decided to keep the series going on YouTube as their own thing, using Patreon to replace the funding from the NSI. And it’s really great that they did, because the formula for YDAW videos is sheer genius. Use toys and other pop art dinosaur images to educate people on what the current science is and what those dinosaurs would have looked like, as best we can from the most current research. Steve Bellettini isn’t a paleontologist, but he is the kind of nerd who just loves dinosaurs. He even knows way more about them than I do.

Yes, it pained me to admit that, but it’s true, and you should definitely watch the show. You will learn things, and it’s freaking awesome to learn things. I recommend you start with this excellent video about Velociraptor, then go back and watch the older videos. Sadly, YouTube got rid of their annotations system so the notes updating some of these older videos are gone, and the nature of scientific progression means that some of the older videos are now wrong themselves. There is a silver lining, though — it means they can always cover those same dinosaurs again.

So if you love videos where our misconceptions of dinosaurs are corrected — where you can get a 25 minute discussion of Styracosaurus frills or how Carnotaurus wasn’t just another theropod — this is absolutely the series for you. It’s great.

Blizzard Watch is made possible by people like you.
Please consider supporting our Patreon!
Filed Under: Dinosaurs, Science, Your Dinosaurs Are Wrong
Advertisement