The Queue: Titanfall 2 was amazing and I’m sad now 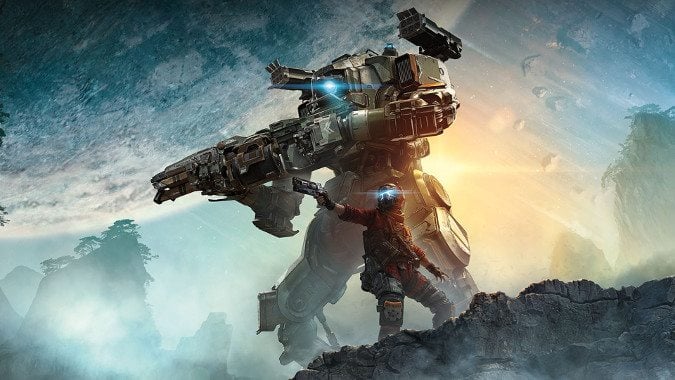 Look, I get that I’m probably the only person who loved Titanfall 2 for its story, but it was also a really great game about a young mech named BT-7274 who loses one friend, makes another, and gives his life to save his new friend the way he couldn’t save the one he lost. It is a touching story about a robot with a heart of gold who loves his little buddy, and I desperately want a sequel so I can find out if BT managed to get his AI into said little buddy’s helmet or not.

So yeah, this whole thing bums me out. Nothing against Apex Legends or Jedi Fallen Order, but man, I legit got teary eyed when BT sacrificed himself and when I saw the helmet flashing at the end of the game and realized BT was trying to say help, I’m stuck in a helmet and Jack does not wash his hair enough, it really stinks in here I was so excited at the idea that we’d get a Titanfall 3 that would explore this, oh, and yeah people who love the multiplayer would be happy too and I guess that’s important.

But mostly I wanted more BT. Anyway, looks like that’s not happening for a while. And I am sad about it. Let’s all pile into the Queue.

JEKKJEKK
On that note of Naaru, do we have an in-game reason for why A’dal didn’t help us out in Legion? Or why they and Xe’ra seemed to be working cross-purpose in respect to Illidan? Do we know how Naaru work? Are they a hivemind working towards “the one true path”? Or are they nominally a race of beings suffused with enough light that they view their actions as righteous and the true path?

A’dal is a member of the Army of the Light who volunteered, along with M’uru and O’ros, to come to Draenor (at that time, recently shattered into Outland) and aid the Draenei and others struggling against both the Legion and Illidan there.

Note that X’era was acknowledged as the leader of the Army of the Light at this time, and O’ros, one of the ones who came to Outland, was her direct descendant — as far as we know A’dal is not her descendant but we don’t know if A’dal is a Naaru Prime as X’era was. Since Naaru Primes were the ‘first Naaru forged at the creation of the universe’ if A’dal is one, that would be a big deal and you’d expect to hear more about it.

We do know that A’dal seemed interested in stopping Illidan and the Illidari from running roughshod over their charges — the Draenei, Broken and others on Outland who didn’t want to serve the Demon Hunter, such as the Scryers who converted to the Sha’tar.

But it should be pointed out that when Maiev arrived in Outland and ‘asked’ for help attacking Illidan, A’dal told her that since Illidan was attacking the Legion, he wasn’t considered an enemy by the Sha’tar — they felt the Legion was more important. So it may be that A’dal was simply trying to achieve his mission to protect the various peoples of Outland, and not antagonize Illidan if it could be avoided, possibly on X’era’s orders as his superior in the Army of the Light.

As for why A’dal didn’t help us in Legion, well, he sent his forces to aid Jaina Proudmoore at Theramore and General Tiras’alan and all those troops died when Garrosh Hellscream blew the place up with a mana bomb. So maybe he didn’t have anyone to send. Or maybe he just didn’t see the point in sending more people to get blown up on Azeroth, I don’t know.

Could you theoretically/practically crush a Naaru down into something small enough to be placed in a ring setting? Could we make a Naaru diamond ring?

I don’t know if crushing would work, but clearly pieces of a Naaru have been used in various items, from the Ashbringer itself to the Netherlight Crucible which we infuse with chunks of X’era. The Ata’mai Crystal also may have been a piece of a Naaru. 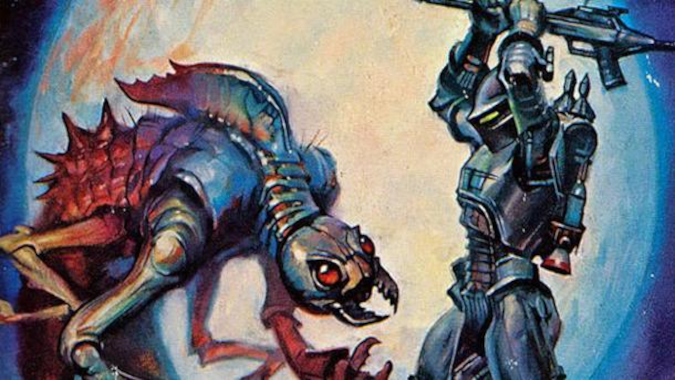 Y’all talked about Starship Troopers. While I think Heinlein a more nuanced author than you’re mostly giving him credit for — he was aware of the negative aspects of the society he was creating in the book and didn’t think they were all great, but I do agree that the book does come off as fascist apologia at times — I also think Armor, by John Steakley, is in every way superior to Starship Troopers and I wanted to say that.

If you want a book about people in power armor fighting bug monsters, read the one that has messages like war is so much worse than you’re told and the psychological horrors of war scar you for life if you even manage to survive instead of the one that says only people who kill for the state should get to vote.

Also, Steakley wrote Vampire$, and the movie is a travesty that takes a big dump all over the really interesting complexities of the book’s narrative. You can find out more about Steakley as an author here — he only wrote two books and neither was The Sun Also Rises or The Color Purple, but they’re still engaging, complicated, messy and interesting books that look at genres that we know well already and mix them up.

Question for the Queue:
What is everyone’s least favorite mob type to fight? For me it is devourers, the gorilla shaped ones kill one of my characters too often. I forget they have strong heals and just get obliterated.

I am programmed to immediately freak out when I hear Murlocs. I can’t stop it. That first time I ran across them is seared into my brain, the endless running away to aggro more, as my health slowly whittled away and I couldn’t stop them because Warriors couldn’t charge in combat and I didn’t have Intercept yet because I was level 10 so I’d literally just gotten Charge because you didn’t get Charge until level 10 back then and again, it didn’t work in combat at the time.

So I basically had to spam Hamstring and pray they’d die before other Murlocs heard them, but of course I was wearing utter tripe for gear and I had the DPS of a sea sponge because I was using a sword and shield because I’d put my first point into Prot like an idiot, so yeah. Constant waves of Murlocs, me doing anything I could to stay alive, but always in vain.

I still hate the very sound of a Murloc, and it’s been sixteen years.

Was listening to the podcast and now I have this stuck in my head. Why is Morrissey such a terrible person?

If you’re asking what it is he says and does that makes him a terrible person — essentially, why do people say he’s a terrible person — one need to look no further than the time he deliberately wore the badge of a Far Right party so toxic that Nigel Farrage declared it full of ‘Nazis and racists’ which is just… I mean, how bad do you have to be if Nigel Farrage thinks you’re going overboard?

If you’re asking why he’s doing that sort of thing now, aging people who were once popular and important and who fear irrelevance can often decide to cling to public attention by any means necessary, but I don’t know the man. I mean, even Johnny Marr doesn’t want to talk about him.

Asking ‘why is this older white man suddenly a racist’ always feels like the answer is ‘it wasn’t sudden, he was just smart enough to keep his mouth shut before and now he’s too old and too self-important to realize he should keep doing that’ and I’m just very tired of the whole thing, no matter if it’s a singer or an author or a game developer or anyone.

Nowadays I listen to the Love Spit Love cover just so I don’t have to hear Morrisey’s voice. I mean, you know this, you posted my tweet to the Queue, but I really wanted to make that point extra clear.

Was looking at the Pathfinder: Wrath of the Righteous patch notes and this one was amusing as heck but also welcome as I’ve been having this issue a lot! *amused Druid*

I hadn’t noticed the cloak thing, but I’m still happy they’re putting out more bug fixes. Owlcat’s a smaller company, so I don’t expect AAA levels of perfection, and I have really enjoyed the game but man I’ve had some bad bugs pop up in Alushinyrra that were really game breaking. Most of those seem to be fixed.

Okay, that’s the Queue for today. Liz is on deck, I’ll see you all next week.

Blizzard Watch is made possible by people like you.
Please consider supporting our Patreon!
Filed Under: Apex Legends, Morrisey Is A Pirate Ghosting Pirate Ghost, Respawn, Titanfall, Titanfall 2, Titanfall 3
Advertisement