Which World of Warcraft races would you like to see in D&D? 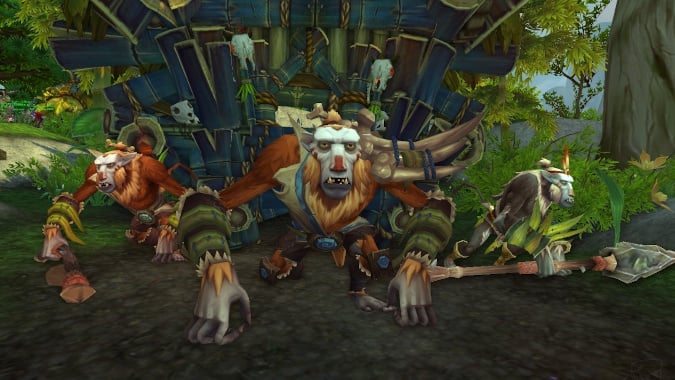 There is a new Unearthed Arcana come out for Dungeons and Dragons, Travelers of the Multiverse. This introduces six new playable races to D&D. Three of them seem very similar to races that already exist in World of Warcraft that are either already playable or players have wanted to play.

There is a construct created by the Gnomes called the Autognome that is basically the Mechagnome. The Hadozee is a simian race that’s bringing what are basically playable Hozen. And then there is an insect race that stands upright, but otherwise are shaped like ants or mantises — in other words, just like the Mantid. These last two are helping players recreate Pandaria.

Obviously it’s a lot easier to create a new race for players in D&D than in WoW. Some text, a few racial abilities, a bit of art in a book, and it’s done. There is no animation, no need to confirm if all the armor fits or clips, or to ensure there is faction balance with the racials. However, it is frustrating to see a Hozen-like race come out here, when WoW players were asking for this nine years ago.

If a race cannot be obtained in WoW, then roleplaying it in this TTRPG is the next best thing. There are a lot of races in WoW that players have not been able to play that D&D has offered. Dragonborn have been in 5th Edition since the Player’s Handbook. Leonin, and maybe even Tabaxi, fill the void of Saberon. There are Firbolg, Kobolds, Centaurs, and Yuant Ti that have a similarity to Naga.

A lot of the races in Shadowlands even have equivalents. The vampiric Venthyr have Dhampir; the Kyrians are easily represented by the Aasimar, winged messengers who work for the Celestials; Maldraxxus has the Undead lineage, that could also represent the Forsaken, as they could be any race before being undead; and Ardenweald is populated by Satyrs, Centaurs, and Fairies, all races available. It’s like D&D and Shadowlands worked together.

There are also a lot of homebrew content that fills in missing races. One fane, Blood & Thunder, is recreating WoW in D&D. And then there is the catchall Custom Lineage in D&D which is “make what you want.”

But ignoring those, and looking only at official, Wizard of the Coast, D&D races, what is missing? What race in WoW do you want to play that neither Blizzard nor D&D has given officially? If you have to homebrew it, how would you make it?