What sort of game would you like to see in the StarCraft universe? 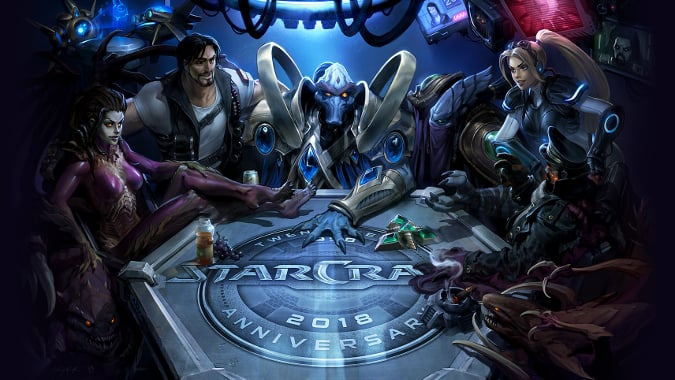 It’s been more than a year since Blizzard announced that they were no longer developing new content for StarCraft 2. Since then we haven’t heard anything about our Terran, Zerg, and Protoss friends of the Koprulu sector. What have they been up to? More importantly what sort of adventures should we go on with them?

Obviously, given the chance to play StarCraft Ghost, I’d take that in a heartbeat. I don’t know what it is about Ghost that has captured my imagination so much — but I can’t quite seem to get it out of my head. Maybe it was the unrealized potential of the game, or maybe I just really wanted to have more control over sniping Hydralisks and Archons with a giant rifle. So if Blizzard announced a new action game set in the StarCraft universe I’d be first in line.

The other thing that I’d be really interested in would be a space exploration/action game like the old Escape Velocity series. Let me take control broken-down shuttle and set out to make my fortune in the sector. There are so many potential storylines to play with! I could become a long-haul trader moving Minerals and Vespene Gas for the Kel-Morian combine dodging pirates and Protoss. Or get assimilated by the Zerg and lead their forces to conquer the sector. Maybe pull a Raynor and get in good with the Protoss so I could be the first human commander of a Carrier. Along the way always upgrading your spaceship and ferrying an inexplicable amount of passengers around the sector to pay for gas– don’t they know that there are wars on?

How about you? Would you like to see another Real-Time Strategy set in the StarCraft universe? Or are you more interested involved with getting into the nitty-gritty down in the thick of things action with an action RPG game or a third-person stealth game like StarCraft Ghost would’ve been?

Blizzard Watch is made possible by people like you.
Please consider supporting our Patreon!
Filed Under: Escape Velocity, Starcraft 3, Starcraft Ghost, What Game Should Starcraft Be Next, What’s Next For Starcraft
Advertisement