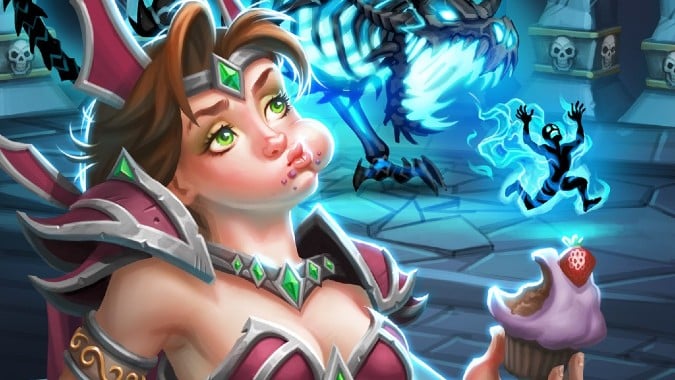 Hearthstone’s Armor system for Battlegrounds, which had been introduced in patch 21.8, and then removed once Buddies were introduced, is making its return on patch 22.6. Once again, weaker heroes will be given a better fighting chance by receiving some extra armor, which might make the overall environment more balanced.

As we all know, game design is hard in general, and making a well-balanced game is a very challenging task. If you take a game mode like Battlegrounds, with so many different heroes — each with their own completely unique Hero Power and Buddy — achieving perfect balance seems almost impossible. Yet, since it’s a game mode where all players begin each match on equal standing — being offered a selection of random heroes to pick one from — it’s crucial that those options are at least balanced enough to give all players a fighting chance, since they have no other means to increase their power.

The Armor system is an attempt to apply a solution that should work for every hero in the game: they’re placed in relative “tiers” of power, and gain a random amount of Armor at the start of every game, which is higher for each tier (and zero for tier 1, where the heroes who have been deemed the “strongest” ones are placed).

Since the previous iteration of the Armor system, those tiers have shifted considerably. A hero like A. F. Kay, who used to be a “tier 7” hero — squarely at the bottom of the food chain — has since been buffed and is now on “tier 1,” among the strongest heroes in the game. 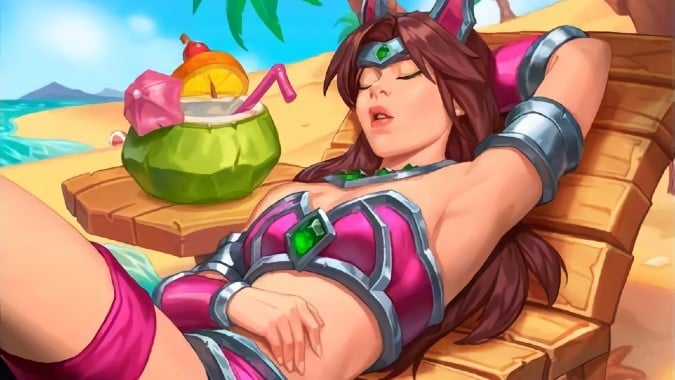 Evidence suggests that the previous time the Armor system was attempted, it did make the game more balanced. That’s because Armor — which essentially means extra health — isn’t simply a measure of how long you can last until you’re defeated: it can also be used as a resource. Certain hero powers, like that of Lich Baz’hial, will directly transform your health into an advantage in the game. Other heroes, like Patchwerk, can make use of their boosted health to be more aggressive when playing minion tribes like Demons — which have several health-draining effects in exchange for extra power.

But a strategy that any hero can adopt, making use of this extra armor, is to upgrade their Tavern Tier earlier than everyone else. After all, because of their higher health, they can “afford” to not play many minions on a given turn — accepting that their chances of losing their fight on that turn are higher than if they had purchased lots of minions to boost their Warband — in exchange for a better minion selection on the next one. The caveat is that, since Buddies were introduced, that strategy has become far less viable: losing games is counter-productive to building your Buddy meter, so more and more players are aiming to win those early games instead of aggressively upgrading their Taverns.

With all of that in mind, it remains to be seen if Armor will work as well now as it did before Buddies were in the game. Although the extra armor gained at the beginning of the game may not be much, it certainly helps, and I’m eager to see how much of an effect the reintroduction of Armor will have for the balance of Battlegrounds.

You can find the full tier list of heroes, and their initial Armor values, at the official blog.

Blizzard Watch is made possible by people like you.
Please consider supporting our Patreon!
Filed Under: Hearthstone Battlegrounds
Advertisement