The Queue: I like the cut of Jenkin’s jib 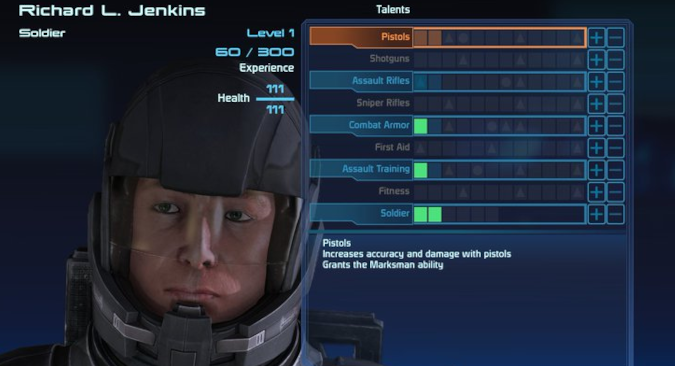 Turns out the saying “I like the cut of X person’s jib” is an old nautical reference to sailing days, when you could identify the nationality of a ship by its jib sail. Anyway, I really like this Jenkins kid. He’s really a go getter, wants to make a difference, and he’s a native of Eden Prime, the planet we’re on. I bet he’s going to distinguish himself on this ‘find the beacon’ mission. He seems affable, eager to please, and a real go getter, and displays no awful space racism at all.

QftQ: for casual players, is it worth upgrading any legendaries before 9.2 or are they just going to need upgrading again anyway?

I’m gonna say yes. I think it is worth doing now, because in 9.2 you’re going to be able to equip two legendaries, and that means you’ll probably see a rush on the AH, so save some time and money by having those legendaries ready to go as soon as 9.2 drops.

ARTHONOS? THAT SOUNDS LIKE A MADE UP NAME. MAYBE JENKINS ASKED THIS QUESTION.

I finished Outer Wilds last night. Super fun game with a really touching ending, totally gets a big recommendation from me. Now onto the DLC!

And The Outer Worlds is also very good and has good DLC.

So, faction changes after the 18th Jan won’t go onto m+ leaderboards. I’d say 9.2 is going to drop the last week in Janurary.

Q4tQ: Tiefling players, what is your deal?

There are a variety of reasons one might want to play a Tiefling. There’s the opportunity to play against type — playing a smiling, happy, bubby, super-nice Tiefling subverts peoples’ expectations of the evil blood coursing through your veins, after all.

Or you could lean in on the stereotypes. My Tiefling Barbarian is very much all about channeling the seething daemonical rage within to deal out terrifying amounts of damage. Not evil as such, but extremely chaotic and dangerous.

For others it’s just cool to be a little different and exotic, or they like the idea of playing a character who is always considered suspect and using that to give them direction in their backstory. That’s just a few reasons why you might want to play a Tiefling.

I like playing evil Aasimars more, though. Again, it subverts expectations, and an evil Aasimar can absolutely bring the menace.

Sounds like Wolves and Red Wolves are out as names for Washington’s football team. Their president cited the name being owned by other teams. I’m disappointed.

Whatever the new name and logo will be, it’ll be announced on February 2.

Considering the inept and terrible human being that owns the Washington Football Team, they could just name the team the Dan Snyders and they’d be named for the most horrific thing imaginable, a terrifying, near mindless and remorseless predator that ruins lives, the Bobby Kotick of football team owners.

What I’m saying is, he’s a bad person and his team is in terrible hands. Specifically, his terrible gropey hands.

Okay, that’s the Queue for today, now I just have to take my squad of Kaidan and Jenkins around this corner here and we’ll begin our adventure on Eden Prime. I expect nothing but greatness from this kid.

Blizzard Watch is made possible by people like you.
Please consider supporting our Patreon!
Filed Under: Maybe Jenkins Could Ride A Dinosaur In Mass Effect 2, No Dinosaurs This Week
Advertisement