Should you answer the Call of the Netherdeep, the next D&D Adventure set in the world of Critical Role? 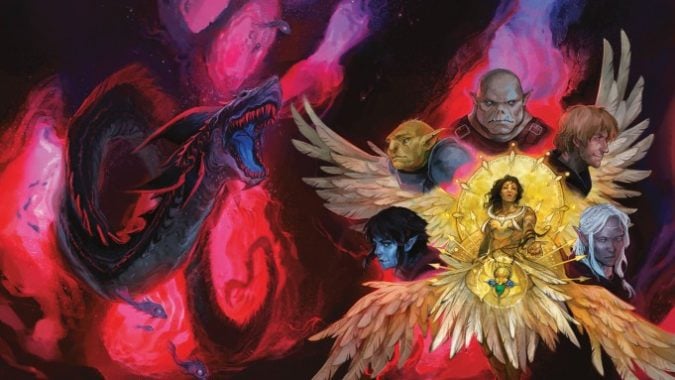 Call of the Netherdeep is the latest adventure published by Wizards of the Coast for 5th Edition Dungeons & Dragons, and it’s the first that takes place in the Critical Role setting of Exandria. Released on March 15, 2022, Call of the Netherdeep is designed for characters level 3 through 12, and is available to be prepurchased digitally at DnDBeyond and Roll20, as well as from online booksellers and your local gaming shop.

Unlike most of the D&D 5E sourcebooks, this one actually has three audiences: Critical Role fans (aka “Critters”), D&D players, and Dungeon Masters. Of the three, the player is probably the one who is least likely to need to pick up this book, as it includes no new class options and most of the information is aimed at the DM running the adventure.

Critters who want to know more about Exandria will be sorely tempted to purchase Call of the Netherdeep, but it should be noted that it’s not going to provide regional information like Explorer’s Guide to Wildemount or Tal’dorei Reborn. That said, there is information sure to be of interest to followers of Critical Role, especially the setting (and foldout map) of Ank’Harel. This major city in the continent of Marquet made an appearance during Campaign One, and considering that Campaign Three is set fully on that continent so far, it would not surprise me if it ended up there in the future. Of course, Marquet will likely get its own sourcebook in the future, so the information in Call of the Netherdeep would likely be expanded — so it may be worthwhile if you’re on a budget to wait for that.

The region of Xhorhas in the continent of Wildemount will get some additional flavor as well, as the adventure starts in the fishing village of Jigow and also heads to Bazzoxan, which was visited by the Mighty Nein in Campaign Two. Since a guide to Wildemount already exists, these areas will be given some more depth than that provided by the sourcebook, so Critters may want to pick the book up just for that.

As for the titular Netherdeep region itself, this is its first appearance in Critical Role — books or campaign — so it’s brand new for everybody. Of course, there have been some odd creatures around in Jrusar during Campaign Three, so the Netherdeep could end up playing a critical role (I apologize) in this campaign. Described as “a terrifying cross between the Far Realm and the deep ocean”, this adventure could be the only material published for it, so if that’s your type of environment it’s probably a good idea to check it out. 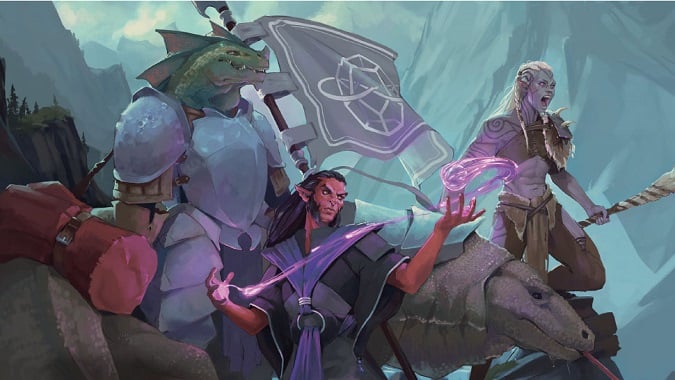 Following in the footsteps of Vox Machina and The Mighty Nein

When it comes to the DM, the decision to buy an adventure sourcebook more or less is a question of whether you want your players to partake of the adventure. That said, the 5E adventures tend to have additional content that can be used in any campaign, and Call of the Netherdeep is no different, with new monsters and magic items suitable for most campaigns.

One of the core mechanics in this adventure is the presence of a parallel NPC adventuring group on the same path as the players; how the players react to and engage with these NPCs will set the tone for the entire adventure. While this isn’t a new idea — I vaguely remember an adventure in Dungeon magazine that featured an evil-aligned party of NPCs on the same quest as the players — normally conflict is the definite end result of this mechanic. While your players could end up fighting them if they choose that path, there’s also the possibility of grudging respect or outright allying with them. This sort of roleplaying sequence across a campaign shouldn’t be unique to Critical Role adventures, so a DM looking to do something similar will find inspiration here.

The adventure starts at level 3, but if you want to start your characters at level 1 you can do so with the Explorer’s Guide to Wildemount, as that sourcebook contains four short adventures that will level characters from 1 to 3. Of the four, Unwelcome Spirits is the closest geographically to Jigow, but there’s no reason a DM couldn’t choose from the other three instead. If you don’t want to pick up the Wildemount setting, you can simply craft your own level 1-3 adventure — or start your players at the intended level for this adventure.

A full adventure in the world of Critical Role is something that a lot of D&D-playing critters will happily lap up, so DMs who have wanted to run adventures but have been hesitant to craft their own in Matt Mercer’s world should take advantage of an official campaign to give players a chance to make their own mark on the world of Exandria.

Blizzard Watch is made possible by people like you.
Please consider supporting our Patreon!
Filed Under: Call Of The Netherdeep, Critical Role, DMing, Explorer’s Guide To Wildemount, Marquet
Advertisement