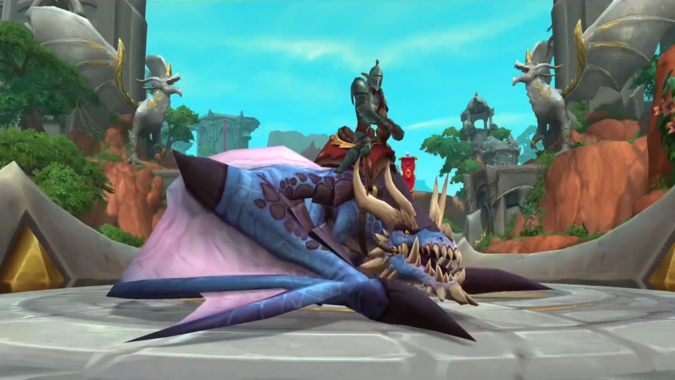 World of Warcraft’s next expansion Dragonflight will see us journeying to the long-forgotten Dragon Isles and helping the dragonflights of Azeroth. Of course, spending all of that time around Dragons with wings on their backs will probably make you wonder if you’ll be able to ride them. Or, as Ion Hazzikostas put it, “what’s the fantasy of dragons if not soaring over the land?”

Well, good news everyone — we’re going to get to tame our own dragon mount! 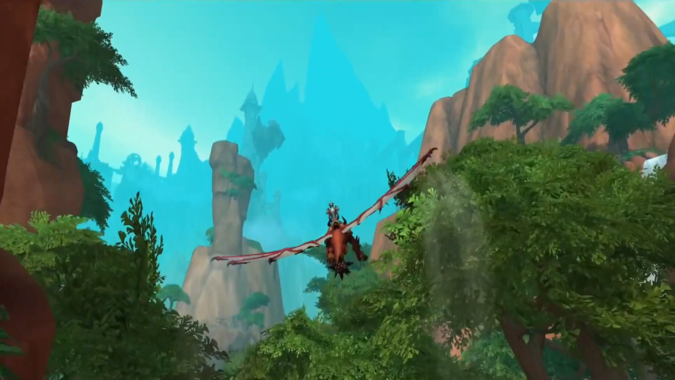 Starting from our first steps onto the isles there’ll be a flying dragon mount that we can start to work with that’ll be our method for getting around the isles. Not only will we be able to fly right from the beginning of the expansion on its back — there’ll be new flying mechanics added to Dragonriding as well, which uses in-game physics to create an experience which is like the flying we already have, but more dynamic and hopefully fun. You’ll be able to use momentum to build your speed and perform dive bombs and barrel rolls all over the island.

There’ll also be an upgrade path that you can use to make your dragon a better flyer over the course of the expansion. Although Hazzikostas was quick to reinforce once again that flying will be available from the start. 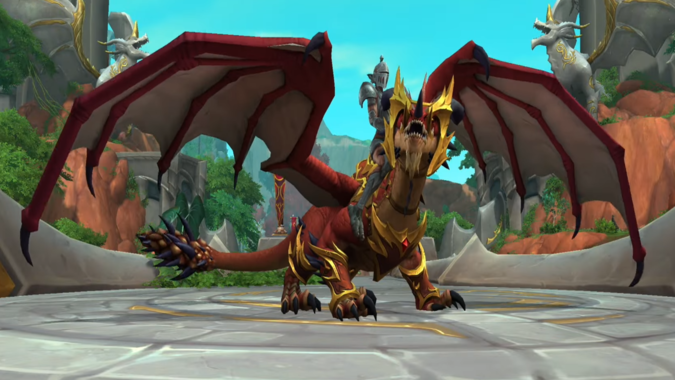 Use your new riding abilities to keep yourself and your Drake in the air—but beware! The denizens of the Dragon Isles will knock out inexperienced Dragonriders right out of the sky.

As you grow in skill, you and your Drake will master new maneuvers. Fight against exhaustion and the pull of the earth, and soar above the Dragon Isles.

Once you reach maximum level, you can conquer additional challenges all over the Dragon Isles to unlock even more customization options for your Drakes.

Of course, half the fun of having your own dragon buddy is that you can accessorize it and make it something that your character would be seen riding. These dragon mounts will have a variety of customizations. You’ll be able to change the scale color, add armor pieces, and even change the head and body shape. Do you prefer the original dragon style with the four legs? Do you miss all of the proto-drakes introduced in Wrath of the Lich King? Are wyverns your jam, or would you like something a bit sportier and similar to the pterrodax’s we’ve seen from Zandalar? These are the four options for dragon chassis that are available right now.

You’ll be able to collect the additional cosmetic options for your dragons through basically every activity. There’ll be some from exploring the world and finding treasures, raising your reputation with the factions higher, defeating raid and dungeon bosses, or even through questing.

All of those different options mean that you’ll be able to make your dragon stand out from everyone else’s dragons as Dragonflight launches. That’ll be good, as there’s bound to be a whole bunch of the new Dracthyr Evokers running around the isles.

There’s no word yet on whether we’ll get our regular flight on the Dragon Isles. However in an interview with Senior Game Designer Jackie Wiley and Associate Art Director Tina Wang they did stress that a fully upgraded Dragon Rider would be able to go faster than we’re used to flying. Who knew gravity was so powerful?

We don’t have a release date yet, but you can opt-in to be added to the Dragonflight beta when it starts.