When do you consider yourself “done” with an expansion? 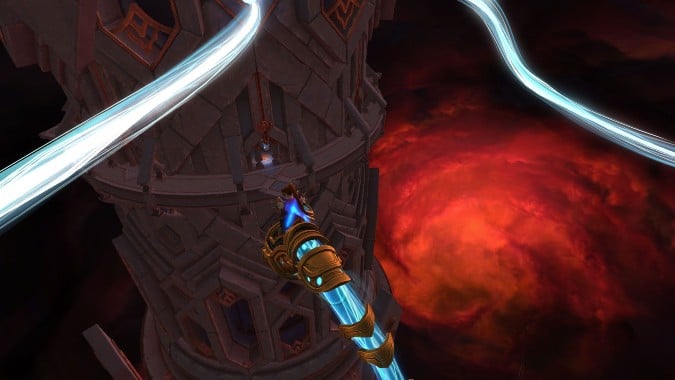 Shadowlands has just received what is very likely to be its final content patch with 9.2.5. Chances are high that the next time World of Warcraft receives new content, it’ll be on patch 10.0, laying out the groundwork for the upcoming Dragonflight expansion — we’ll be seeing things like new talent trees and other changes that are related to the future expansion, not the current one.

There’s still a lot to do in Shadowlands, but how much there is depends on the type of player you are. Raiding characters might still be working on progression — the inherent social structure that a raiding guild provides ensures that players stay committed to those goals, and that they’re less likely to say they’re “done” until the whole group achieves their goals.

Solo players, however, are more likely to have already found an endpoint. If you’re the type who pursues achievements or runs PUGs, you create your own goals, and once you reach them, there’s little to no motivation to keep working on your characters with the next expansion on the horizon, and the current one feeling like it’s “over.”

This end-of-expansion period is also a time for altoholics to thrive: many players like to take these months, where no more new content is coming, to take their oft-neglected alt characters through older content, earning them those final levels or getting them ready for the next expansion in other ways.

How about you? Have you already met all your Shadowlands goals, or are you still working on something? Do you still have story or questing content to see, or to replay on alts? Are you tackling raid bosses or trying to work on your Mythic+ rating? Perhaps you have a list of achievements to pursue, whether they’re from the current expansion or from past ones, and you’re dedicating this time to that?

Blizzard Watch is made possible by people like you.
Please consider supporting our Patreon!
Filed Under: Dragonflight, Patch 9.2.5, Shadowlands
Advertisement