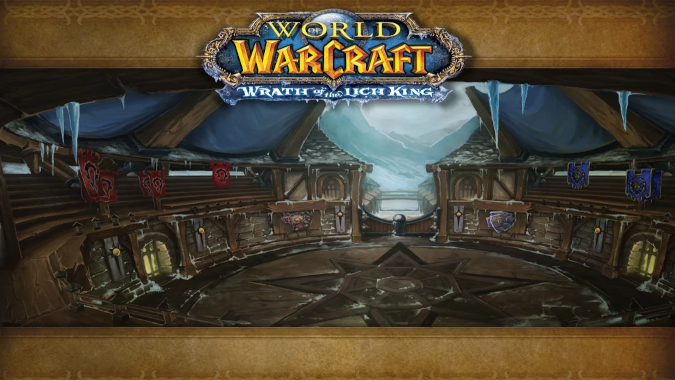 Can you make changes in order to not change something? That’s the question the World of Warcraft Classic team finds themselves grappling with, and the latest Classic developer update is a window into this nigh-paradoxical aim. Because with Wrath Classic on the horizon, the decision has been made to in fact abandon, for once and for all, the ‘no changes’ policy that guided the development and release of the game upon release. But they’re not doing so because they want to make it a wildly different game — instead, the decision has been made to instead make changes to keep the game feeling as close to that original WoW Classic as they can.

There’s a paragraph that describes social proximity, one of the ideas they’re letting guide their decision making process. They want players to make their own groups and run with people they meet through their own actions — things like going to Orgrimmar or Ironforge and soliciting players in chat, or through joining a guild, or with like minded friends they already have. The feeling is that this creates a community that combats toxicity. I don’t know that I agree with it — it seems I had a very different experience finding groups than other players did back then — but it’s the goal of these design changes, including one of the biggest changes they’re making. They’re not introducing the automated LFD/LFG tools that debuted in the original Wrath of the Lich King.

Another change they’re making is to tone down the Emblem system. You may remember by the time we hit Icecrown basically buying a whole heap of ilevel 264 gear with them well before getting very far in ICC itself. You just spent a few hours grinding some dungeons and older raids and you were ready to go. The new Emblem system will make it so current raid content drops one tier of them, while dungeons and older raids drop a second tier that allows you to buy less current gear. This is a pretty significant change, which combined with the loss of Dungeon Finder, should significantly lower the temptation of players to run a ton of older dungeons to buy badge gear almost as good as the current raid. These are Emblems of Valor for current raid tier items and Emblems of Heroism for everything else.

That’s right, you can once again ask what happens to your Valor after a patch. The answer will be nothing, it’s going to be consistent across all content patches, but hey at least you can ask again.

There are changes they didn’t make the cut — they decided not to make 10 and 25 man raids drop the same gear, because while they are making some changes they are trying to preserve how Wrath of the Lich King felt more than how it actually was. The removal of Dungeon Finder, the change to Emblems — these and other changes are designed to preserve that WoW Classic community while providing them with new content. That’s also why they’re buffing the difficulty on Naxxramas. It’s pretty clear that WoW Classic players often blow up the content as soon as it’s released, so increasing the difficulty on Naxxramas will hopefully keep it relevant longer through the content phases.

All of these changes — standardizing how you can get gear with Emblems, doing away with Dungeon Finder, beefing up Naxxramas’ difficulty, and trying to keep Heroic dungeons viable for the whole expansion — are all part of this same design philosophy. To give people an authentic Wrath of the Lich King experience inside WoW Classic, while keeping the community that has built up around it intact, you have to make changes in order to keep things the same. We’ll see how it works out in practice.

Blizzard Watch is made possible by people like you.
Please consider supporting our Patreon!
Filed Under: Some Changes, Wrath Classic, Wrath Of The Lich King
Advertisement