What do you want to see in the new Dungeons & Dragons film? 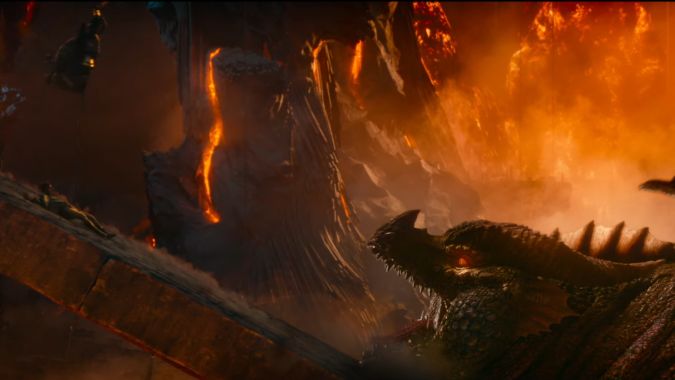 Dungeons and Dragons‘ forthcoming film Honor Among Thieves debuted its first look trailer on Thursday, the first day of the San Diego Comic Con. Starring a solid cast featuring Chris Pine and Hugh Grant, Honor seeks to erase the poor taste left by the previous cinema attempt in 2000 (there were two direct-to-video follow-ups that are generally better regarded, but frankly that isn’t saying much). The tone and plot revealed in the trailer — a band of thieves seeking to reclaim an item they stole — immediately drew positive comparisons to Guardians of the Galaxy, which considering the success of that franchise within the Marvel Cinematic Universe, is encouraging.

That said, I’m hoping that despite the light tone in the trailer the movie takes itself seriously; no meta comments (“He must have a low THAC0!”) or jokes that break the fourth wall (“I guess she failed her saving throw against getting her ass kicked”) please. It feel like if there are hopes for a new film franchise there needs to be an immersive realism that feels genuine despite the fantasy setting accoutrements. That’s not to say there can’t be a couple nods to the rulebooks — the use of abilities that identify one of the characters as a specific subclass, for example, or a Warlock that consults with their patron — just don’t do it in such a way that feels forced and hokey.

When it comes to a franchise like D&D it’s the references that will be most appreciated by the fans, and the trailer gave us plenty of them. The film takes place in the Forgotten Realms setting, with popular locations Waterdeep, Neverwinter, and the Underdark all mentioned as being visited within the film, and several iconic creatures from D&D were shown off, including a displacer beast, an owlbear, a gelatinous cube, and two large and terrifying dragons. While the Red Wizards of Thay aren’t likely to be known to those who mostly engage with D&D via Critical Role, players who have visited the Forgotten Realms over the course of their decades-long publications will likely be intimately familiar with them.

I’m not satisfied by what I saw in trailer, though, as there are several iconic creatures and NPCs I’d love to make an appearance in the film. Top of the list is the Xanathar, a Beholder crime boss located in Waterdeep. Since the main characters are of the clandestine, thieving sort I’d also like to see the Zhentarim at least get name-dropped if they aren’t a major part of the plot — the Harpers too would be nice, although they feel more appropriate for a cameo than a major presence. And while a Tarrasque feels unlikely with two dragons already shown, they should probably include the second-most scariest monster in the game: the rust monster.

But seriously, I want to see Xanathar.

What about you? Are you excited about the film, or do you expect it to be a dud? Do you want it to be a fantasy Guardians of the Galaxy, or would you prefer something closer to Captain America: Winter Soldier? And what creatures or even famous Forgotten Realm NPCs would you like to see make an appearance?

Blizzard Watch is made possible by people like you.
Please consider supporting our Patreon!
Filed Under: DnD, Honor Among Thieves
Advertisement