What kind of achievements do you enjoy in World of Warcraft? 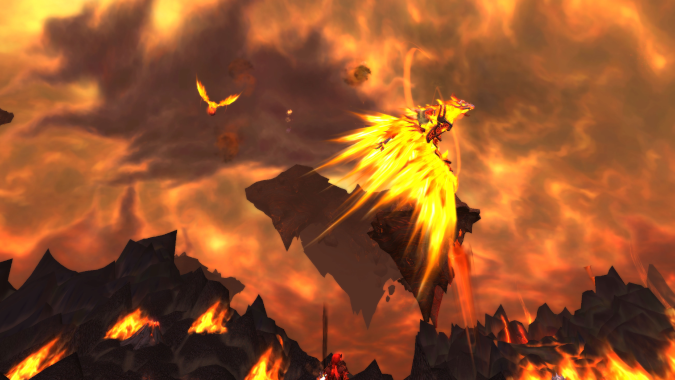 Do y’all remember when School of Hard Knocks was part of the Children’s Week meta achievement? No? Blocked it out already, have you? I remember having to run Eye of the Storm over and over again trying to get that one for my wife and just watching as it didn’t happen until I honestly thought someone was going to be consumed in flames born from the sheer violence of her hatred. I really can’t even remember if we got it or not, to be honest.

Meanwhile, one of my favorite achievements was very hard: Do A Barrel Roll from Firelands.

Now, it is very hard, and even today it can be really hard, because you have to not even get hit by the mechanics listed. At the time it was brutal, and we spent two weeks trying to get it down. But we did it, and there was a lot of camaraderie and laughing when we had to wipe the whole raid and start over on the fight and just in general, nobody was using Life Grip to pull anyone’s wife off of the flag to keep them from completing their achievement.

Which really was not cool, y’all.

Achievements are a funny thing. Some of them I’m completely meh on — couldn’t care less about the vast majority, if I were being totally honest. Some are old school feats of strength like Master of Arms, which I am absurdly proud of having considering it’s not like people can even get it nowadays. Some are just You got a Legendary or so, which is nice, and in the case of Shadowmourne I earned that thing. The Blood Queen fight was awful. And others are just fun, like Wardrobe Makeover.

But opinions are like the Islets of Langerhans. Everyone’s got them and they’re in your pancreas. Anyway, you probably have an opinion about what the most fun kind of achievements are in WoW, and here’s where you get to tell us and we all enjoy talking to each other.

Blizzard Watch is made possible by people like you.
Please consider supporting our Patreon!
Filed Under: Achievements, Do A Barrel Roll, Firelands, Master Of Arms, What A Long Strange Trip
Advertisement