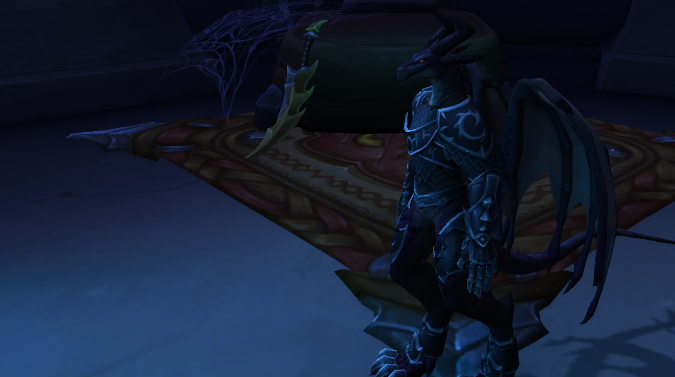 They should be a thing. Or at least a Dracthyr spec that can use 2h swords.

When does a system have depth, and when is it simply overly complicated? Inspired by both the talent rework and the professions rework. Most of us are yet to see it in action, but how relatable do we think they will be for new playerr? Will they need to be directed to addons and helpers to help them work out how to interact with them? We already know there will be Min/Max versions of the talent trees on IcyVeins etc… but will they be user friendly without that?

Okay, trying to be an optimist here. Looking over the changes that we know are coming, my first thought is that yes, you’re going to want to use guides and addons to maximize efficiency but it shouldn’t be utterly dependent on them to use the system. Recrafting seems fairly straightforward, in terms of how it works — make previously crafted items better — and in general, while there’s enough added complexity with crafting reagents like ore now having tiers of quality, I don’t think the system will be more complex than we can deal with.

But I do absolutely think that guides and addons will be a positive for most people interacting with the new system.

oh dang, i wish i had known about this before this morning, but now i want to know Mr. Rossi’s thoughts about this whole “Tyrannosaurus Rex was possibly three different species” theory. Me, not knowing anything about dinosaurs: i think it’s interesting, but probably nonsense.

Well, it’s certainly quite controversial in paleontology circles — just check out this reply to the paper proposing the rex/imperator/regina split for the carnivore that was released saying it’s wrong.

“Recently, a bold theory was announced to much fanfare: what we call T. rex was actually multiple species. It is true that the fossils we have are somewhat variable in size and shape, but as we show in our new study, that variation is minor and cannot be used to neatly separate the fossils into easily defined clusters. Based on all the fossil evidence we currently have, T. rex stands alone as the single giant apex predator from the end of the Age of Dinosaurs in North America.”

This is as close to shade as you get between paleontologists, and it’s clear that Dr. Brusatte is not having any of this. Now, I thought the original paper was interesting but I am not a paleontologist, just an interested layman. That being said, if it were found to be true, it would not be the first time a Dinosaur species was broken up or reclassified by a long shot.

Take Igunadon, for example. The current type species for the genus, Iguanodon bernissartensis, was not even discovered yet in 1825 when the species was named. Furthermore, of the original specimens that were named Iguanadon anglicus, three new species, Mantellisaurus, Barilium and Hypselospinus were eventually created, while Ignanadon anglicus was found to be a nomen dubium and essentially simply retired from use. Meanwhile, we have so many excellent specimens of I.bernissartensis that it just made sense to make it the type species.

So right now, it doesn’t appear that we have three species of Tyrannosaurus, namely rex, imperator and regina. But if the science later turns up more evidence that these really are valid species, then I would have no issue with creating regina and imperator.

Q4tQ: Are you going to make a Dracthyr even if you don’t plan on playing Evoker? If so, what primary color / flight are you leaning towards? Has the character creator tool on wowhead changed your mind at all, or reinforced your initial plans?

No, the Alpha did. Plus, I’ve wanted a new healing class for a while. I seriously would love a Dracthyr Warrior. Which is something the dressing room did help me with. 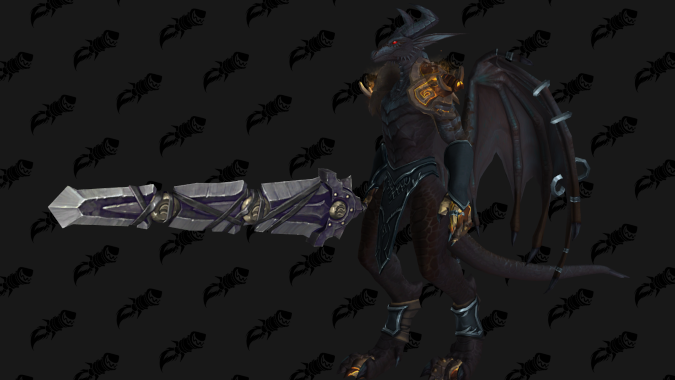 Q4tQ: If you were a big dragon and had the opportunity to stay hoarding your treasure while smoking some hookah… why wouldn’t you?

Because I don’t smoke. My mom had a 5 pack a day habit when she died and it absolutely did not help her get over the virus that killed her. And even if I suddenly became a Dragon, as long as I remembered that, I almost certainly wouldn’t take up the habit.

I mean, there are a lot of things I would do, mind you. But I don’t think smoking would be one of them.

Okay, that’s the Queue for today. Mitch is up tomorrow, make sure to keep a flashlight handy. If he comes at you, blast him in the eyes with the light, then run away while he’s sneezing.

Blizzard Watch is made possible by people like you.
Please consider supporting our Patreon!
Filed Under: Make Dracthyr Warriors
Advertisement