When Wrath of the Lich King Classic goes live next month, players will get the chance to play the Death Knight,  first hero class WoW ever got, in its original form. But if you’ve primarily played WoW Classic or have been away from the retail version of the game for a while, you may not be familiar with Death Knights, the story of how they came to be, and what we knew about them going into Wrath. So let’s take a look at the lore of the class at the beginning of the Wrath expansion.

But where did the Death Knights come from? Death Knights actually date back to everybody’s favorite Warlock. And their creation wasn’t part of a grand malevolent scheme or a furious explosion of malice from an undead being. Before the Frozen Throne crashed into Icecrown, before the lords of the Burning Legion first conceived of a weapon that would scour life from Azeroth, there was only means, motive, and opportunity… and a self-serving power hungry Warlock grasping for a tool.

Let’s dig into the history of the Death Knights, so you know where you stand when you start a new Death Knight when Wrath Classic launches. 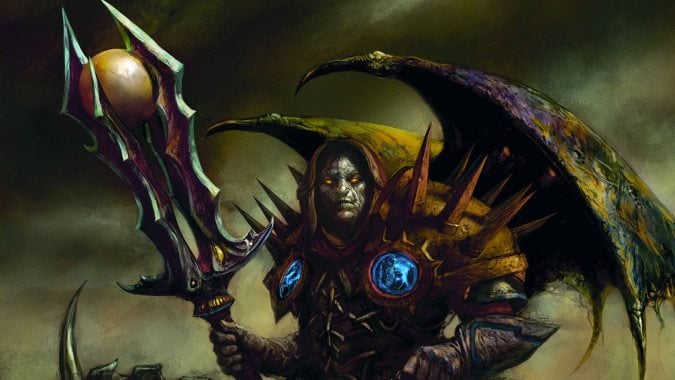 The story starts at the end of the First War, when the Orcs invaded Azeroth and destroyed Stormwind via an assassin’s blade that killed King Llane Wrynn. At the same time, the Orc Warlock Gul’dan had overreached in attempting to plunder the location of the Tomb of Sargeras from the Guardian Medivh’s mind, which caused him to fall into a coma when Medivh was killed. Gul’dan lay unconscious, near death, while his loyal necrolytes and his puppet Warchief Blackhand were struck down by Orgrim Doomhammer.

Gul’dan awoke to good news and bad news. The good news? The Orcs had succeeded in destroying Stormwind and routing the Humans. The bad news? Doomhammer, the new Warchief, hated him. With his necrolytes all dead, Gul’dan didn’t have a power base in the Horde anymore. Brought before the Warchief, Gul’dan was asked a simple question: “Why shouldn’t I kill you right now?”

Gul’dan was nothing if not all about himself. Everything he’d done since his encounter with the Legion at the Throne of the Elements was in the pursuit of personal power. So when Doomhammer asked him that question, it’s no surprise that Gul’dan was quick to answer. He knew that the Humans were far from defeated, and he could help with that: “Let me live, and I will give you a means to defend against the Human magics.”

Without the Warlocks, the Orcs had no answer to Humanity’s Priests and Mages, no means to face them openly on the battlefield. 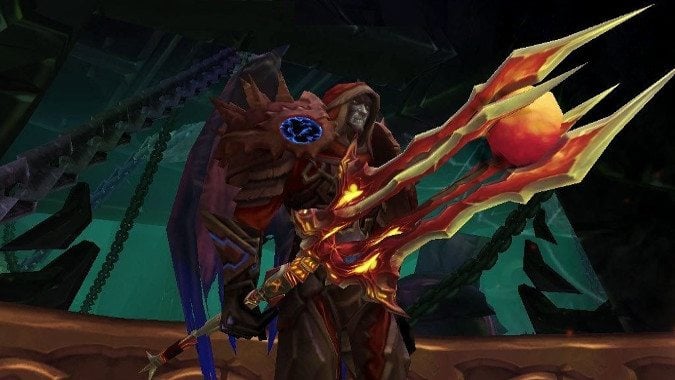 But Gul’dan’s offer was no more than words: he didn’t actually have a means to do what he had promised. and Doomhammer would only let him live so long. So he immediately set to work with what few servants had been left to him. One thing he had in abundance was raw material.

The bodies of Stormwind’s proudest defenders, the Brotherhood of the Horse, were still in Orcish hands. They’d fought and died to a man — their Armsman, Anduin Lothar. The rest of the Brotherhood had died buying time for Stormwind to evacuate. As such, they were invested with an almost supernatural dread by the Orcs they’d fought. But Gul’dan was not most Orcs.

After several ideas failed, he finally hit upon the one that would work. He killed the few remaining necrolytes and used their hearts to create magical jewels, which he then affixed to truncheons that seethed with the dead necrolyte’s power over death. Placing this truncheon in the hand of a fallen knight of Stormwind, the spirit of Gul’dan’s chief pupil Teron’gor infested the body and it arose from death as Teron Gorefiend, first of the Death Knights. Gorefiend, first of the Death Knights, served at Gul’dan’s side until his master made the fatal mistake and fell.

Gorefiend did not die alongside Gul’dan. Instead, he made his way to Draenor, where his own people quailed at the sight of him. But Gorefiend, for all his evil, had once been a Shaman of the Shadowmoon Clan. It was only after the elements had refused to answer his call that Teron’gor turned to the Fel.

As a former Shaman, Gorefiend sought out his former master, Ner’zhul. Despite Ner’zhul’s hatred for Gul’dan and those that had turned away to serve him, Teron convinced the former Elder Sage that the Orcs needed him. Together, they formed the Horde of Draenor.

This choice sealed Draenor’s fate. Teron retrieved relics for Ner’zhul to use to open portals for the Orcs to escape their dying planet. But before Ner’zhul tore his world apart with reckless sorceries, he first beheld Teron Gorefiend and all the power the Death Knight commanded. Gorefiend was the first Death Knight, the most powerful of that generation, and Ner’zhul knew exactly how powerful that was.

Rise of the Lich King

Ner’zhul ultimately got what he wanted — portals off Draenor — but he tore the planet apart in the process of creating them. Fleeing through one of those portals he found himself in the grasp of Kil’jaeden, who was enraged at Ner’zhul’s attempted betrayal and flayed his body apart while ensuring that his soul survived the process. Then, he encased Ner’zhul in the Helm of Domination, a suit of magical armor, and gave him the runeblade Frostmourne.

Once this was complete, Ner’zhul was hurled onto Azeroth’s Icecrown Glacier to begin the slow process of corrupting and destroying it on behalf of the Legion. But Ner’zhul wasn’t loyal to Kil’jaeden. What he needed most was a weapon, a means to escape the control of his Nathrezim jailors and achieve his own aims. What kind of weapon would serve?

His first step was to drive the runeblade from his prison, the Frozen Throne itself. He managed to convince the Dreadlords that the runeblade would serve in a grand scheme to convert a champion for the Scourge. And he was careful never to mention that this champion would be loyal to him and not the Legion. 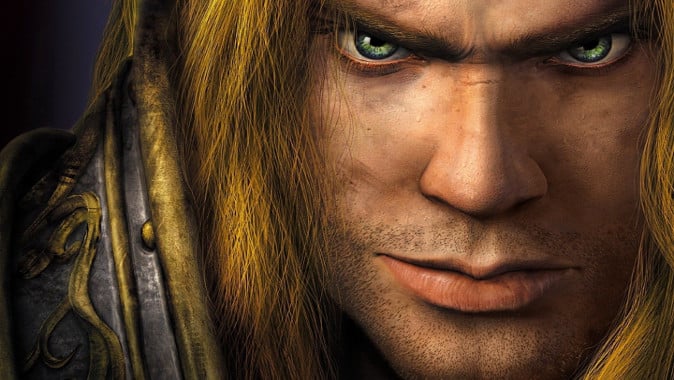 Arthas proves how powerful Death Knights can be

During the Second War, the Death Knights of Teron’s generation found themselves equally matched by the Order of the Silver Hand. Ner’zhul’s agents sought out one of the order who was powerful, a skilled warrior, and yet untested enough to potentially serve their master’s will. Kel’Thuzad and the Cult of the Damned moved to isolate Arthas Menethil from his order, from his loved ones, and in time even from himself. They drove him wild with a lust for revenge and a grudge that was deeply personal. Each time Arthas failed to prevent the Cult from unleashing a new horror, his wounded pride festered inside him.

Watching Draenor crumble while helpless to stop it taught Ner’zhul a great deal about the pain of wounded pride. Arthas was moved step by step through the kind of failure and loss that Ner’zhul had suffered. By the time he pursued Mal’Ganis to Northrend, the prince of Lordaeron was gone and a man who would burn his own ships to keep his troops from returning home had taken his place. Just as Ner’zhul had intended.

By the time Arthas took up Frostmourne, he was already gone — a reversal of how Teron’gor had become Gorefiend. There, the dead Orc’s soul had been forced to animate another’s body. Here, Arthas’ soul was stolen from him and tainted forever. When he held the runeblade and surrendered to its power he was left a husk. A gleefully evil servant of a master who intended to wipe all life from Azeroth.

Arthas was the first of a new order of Death Knights, and proved just how powerful a Death Knight could be. Ner’zhul would make others, twisting other Paladins and Warriors who fell in battle. But these would be his direct servants. Arthas still held some modicum of free will, which would lead to his becoming instrumental in Ner’zhul’s plan to escape the Frozen Throne.

The Death Knights of Acherus

After years seated atop Icecrown Glacier, the Lich King rose and strode out, beginning the events that led to the Scourge becoming active again in Wrath. He created Acherus, a vast necropolis that traveled south to the Plaguelands. There, the Lich King began recruiting a new generation of Death Knights.

Though similar to the ones created by Ner’zhul, Arthas sought more than mindless servants. He sought to create an aristocracy of death in his own image. Lords and ladies who would bring suffering and havoc to his enemies and leave only corpses in their wake. He sought, in his way, to create a peerage. Because unlike Gul’dan or Ner’zhul, Arthas actually knew what Knights truly were. He’d been raised a prince, after all. As king, he needed a court, didn’t he?

We see the results of this decision in Wrath Classic as players roll Death Knights and experience the starting zone, seeing how Arthas’ new Death Knights… essentially the third generation of Death Knights, unlike either the ones that served Gul’dan or Ner’zhul as the Lich King.

If you’re interested, in less than a month you’ll get to see it for yourself when Wrath Classic launches.