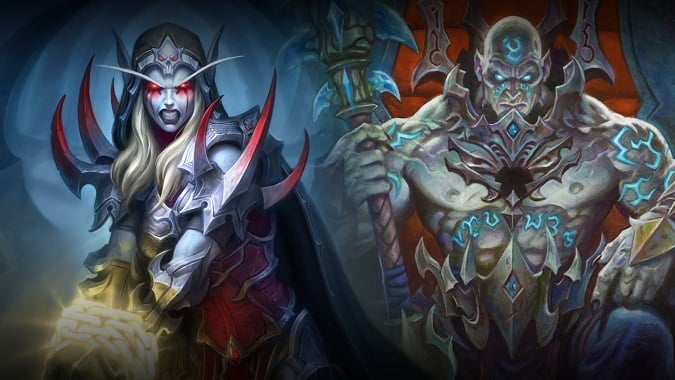 The latest Hearthstone mini-set Maw & Disorder arrives September 27 — today — and brings with it 35 new cards themed around the trial of Sylvanas for her many crimes, although specifically this time it’s for anima theft. That’s right, Sire Denathrius wasn’t actually murdered in the Murder at Castle Nathria and to make things even weirder the Jailer presides as the judge in the case while Nathanos is the defense lawyer. Clearly the Hearthstone team has a completely different vision for what the Shadowlands are capable of compared to the World of Warcraft team.

Narrative dissonance aside, Maw & Disorder brings its normal array of new cards to the game, with 5 Legendaries, 1 Epic, 14 Rares, and 16 Common cards. The pricing remains the same as previous mini-sets, with all 66 cards (one copy of each Legendary, two copies of everything else) available for 2000 gold or 1500 of the new Runestone currency (equivalent to $15 US). Those who want golden versions of the cards can obtain the “all-Golden” set for $69.99 or 7000 Runestones. If you choose not to purchase the mini-set directly you’ll be able to acquire the cards via Murder at Castle Nathria packs or by crafting them with dust. 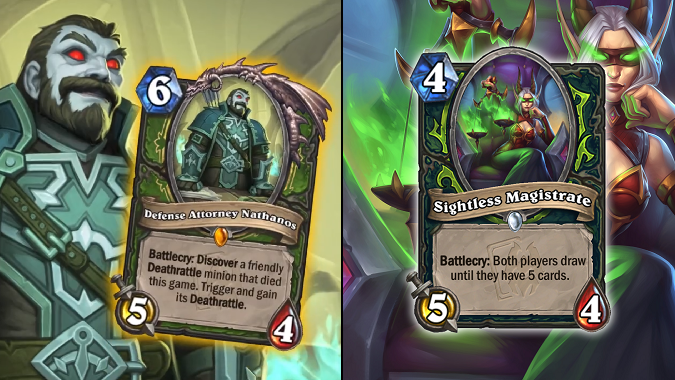 The best cards from Maw & Disorder

Maw & Disorder builds somewhat on Murder at Castle Nathria by adding more cards that work with infusion to the mix — including one that infuses cards still in your deck — but forgoes new Locations which while understandable (as there’s only 35 new cards coming in the mini-set) is a little disappointing. While the Standard play mode meta will take a little time to sort itself out, these are the cards I’m most interested in:

Will Sylvanas be found guilty and sentenced for a crime she may not have committed? Is the Jailer subtly pulling the strings of everything that has happened? And isn’t it pretty obvious that Sire Denathrius is behind it all since he faked his own death? Stay tuned to see what transpires on Maw & Disorder. DUN DUN.

Blizzard Watch is made possible by people like you.
Please consider supporting our Patreon!
Filed Under: Hearthstone Cards, Hearthstone Mini Set, Maw And Disorder, Murder At Castle Nathria
Advertisement