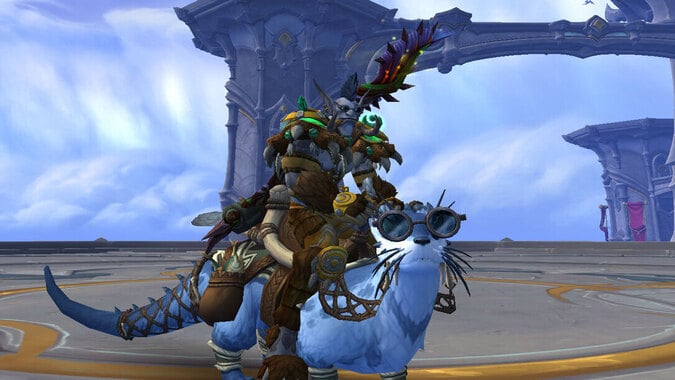 Hopefully getting your hands on Otto won’t take quite as long as the Hirukon mount did in Zereth Mortis — but be prepared for a few hours at least of fishing in the various zones of the Dragon Isles. You don’t need any specific amount of reputation with the various factions, but it can be helpful to have at least Iskaara Tuskarr at Renown 7 so you have your own Iskaaran Harpoon for Lunkers.

Crystalline Phial of Perception because that extra perception can help with fishing up rare items. 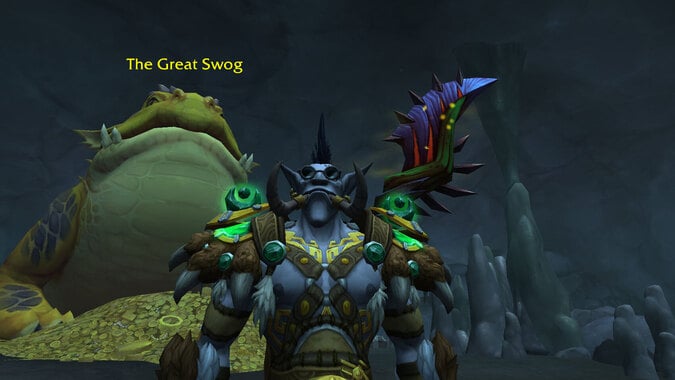 Step One: Get your own pair of cool Aquatic Sunglasses

As you spend time fishing on the Dragon Isles you’ll eventually fish up a special coin that starts a quest to go visit The Great Swog in the Ohn’ahran Plains (81.89 72.28). This giant toad will trade you bags full of useful items in exchange for Copper, Silver, and Gold coins of the Isles. The Aquatic Sunglasses is a toy that you’ll get out of the Immaculate Sac of Swog Treasures which costs a single Gold Coin of the Isles.

These coins can be fished up from any kind of fishing, you don’t have to be fishing straight out of a pool. Although sometimes there are also rare treasure pools that will guarantee you a coin. They just have a fairly low drop rate, so be prepared for a lot of fishing. You can trade 15 Copper Coins into the Great Swog to get a Silver Coin, and five Silver Coins to get a Gold Coin. So you’ll need a grand total of 75 Copper Coins in order to get your Sunglasses.

Rarely though you’ll be able to fish up a Silver or a Gold coin directly which can help shave a lot of time off of your journey, so just make sure that you’re wearing your lucky pair of socks before you set out to get Otto.

A really good option is to look in the group finder for a Lunker raid. Since the coins can drop from the Lunkers too when they’re harpooned out of the water this is a great way to work with some people to maximize the value of everyone’s Ominous Conches. Just make sure to have your harpoon ready, as actually attacking the Lunkers might remove the coins from their loot table and is a fast way to get you removed from the group. 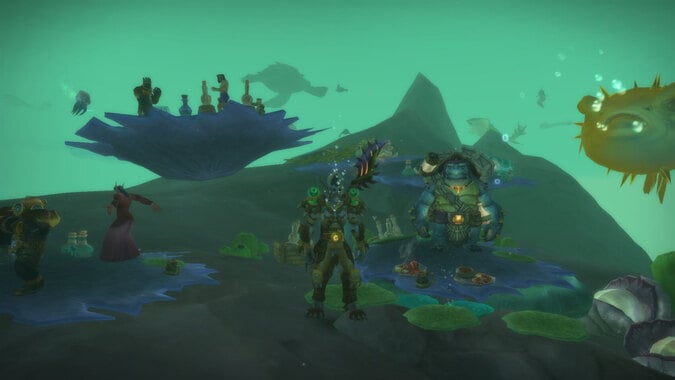 Step two: Get an empty barrel to hold a bunch of fish

Now that you’ve gotten your new pair of very stylish sunglasses you’ll be ready to start working in earnest towards getting a big barrel of fish to feed Otto. This can be found by going to visit a dive bar in the Waking Shore. It’s located on the northern coast at (19.6 36.5). Down below the surface, you’ll find a nice bar with a dance floor. Standing on the dance floor gives you the debuff Dance, Dance ‘Til You’re Dead which lasts for five minutes. At the end of those five minutes, you’ll pass out and wake up on a nearby shore next to an empty barrel. Collect your barrel and get ready to move on to the next step of the chain!

You can also collect a quest here to collect a pile of drinks for a lovely dragon just looking to have a day off. Your reward for assembling all of these drinks? The Spyragos battle-pet! 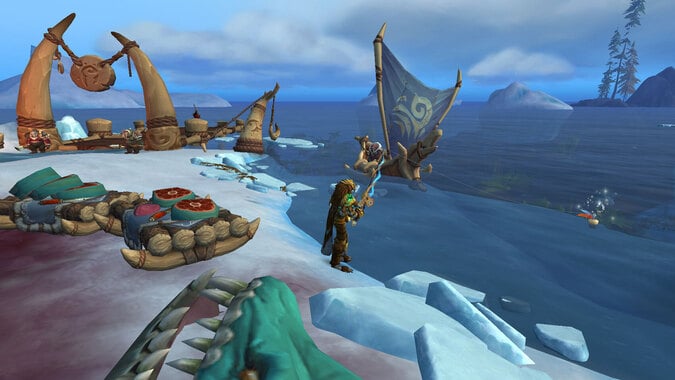 You’ll need to do some more fishing around the isles in order to fill up that very empty barrel with enough fish to tempt Otto out of hiding. Start by heading to Iskaara and fishing in the waters around it. You’ll start finding some Frigid Floe Fish along with the regular fish that you pull up. Luckily these aren’t as rare as the Copper Coins as you’ll need 100 of them. Once you get that 100 fish, you’ll have a half-full barrel and it’s time to head to a warmer climate.

Go back to the Waking Shores and head to the Obsidian Citadel. Don’t worry about needing to fight off elite Djaaradin, you’ll just need to fish in the lava outside of the citadel. Here you’re looking for Calamitous Carp. These are a little rarer than the Frigid Floe Fish, but you’ll only need 25 of them. After all the Calamitous Carp you’ll only need one more fish to top off your barrel.

Fly over to Thaldraszus and head towards the Alge’thar Academy. There’s a nice dock at roughly (56,44) that will work nicely for your purposes. Here you’re only looking for one fish: Kingfin, the Wise Whiskerfish. He may take a bunch of casts to finally show up, but keep at it, and eventually — you’ll hook him. Add him to your barrel to finally have an Overflowing Fish Barrel. 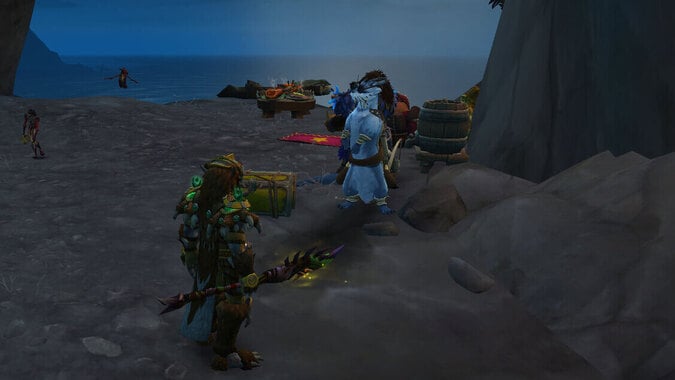 You’ve almost done it! Now all you have to do is head back to the spot you collected the barrel from in the Waking Shores (20.4 39.7) and set it out. Otto will come out of hiding and offer (otter?) to be your mount! Much like myself, the way to an Otto’s heart was food.

He’s just a regular otter in the mount guide, but if you want him to be his best self when you summon him make sure that you have your Aquatic Sunglasses on before clicking that mount button. If you do he’ll spawn in with his own rocking pair of shades. This is good because his flavor text references the future, and I hear that for some people their futures are so bright they gotta wear shades.

Now go out there and enjoy your otter-ly adorable mount!