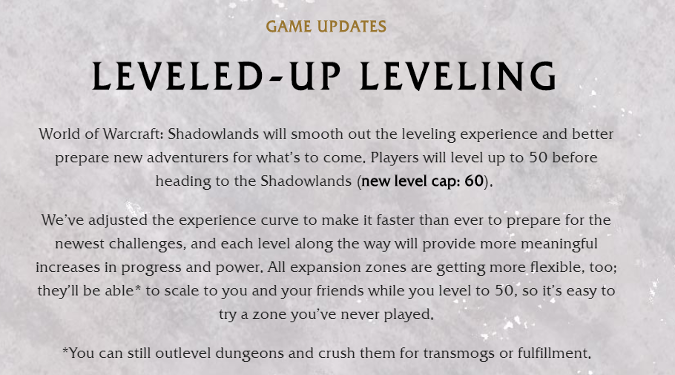 How is Shadowlands going to handle solo farming old content?

One of my favorite things in playing World of Warcraft is what I call transmog farming, even though it isn't always for transmog items -- sometimes I'll go tear my way through Black Temple or Hellfire Citadel just because it's fun for me to blow up old content.