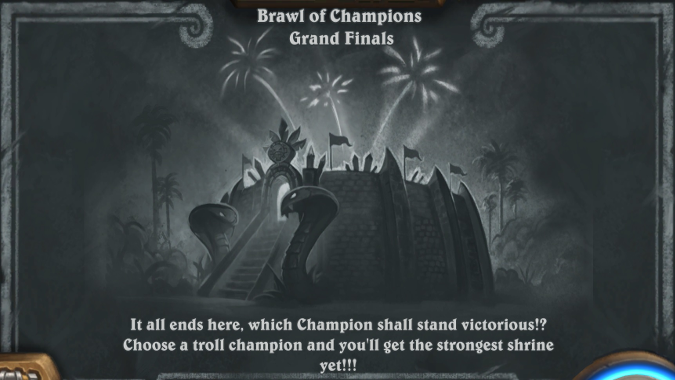 To end the Year of Dragon, we're taking a look back at Rastkahan’s Rumble in this week's Hearthstone Tavern Brawl with Brawl of Champions: Grand Final.

Balance is a tricky thing to get right.

Rastakhan's Rumble is a couple of weeks old and the community has formed a consensus around the top decks.

Rastakhan's Rumble, the latest Hearthstone expansion is here and llllllllllet's get rrrrrready to -- wait, that's a copyrighted phrase? 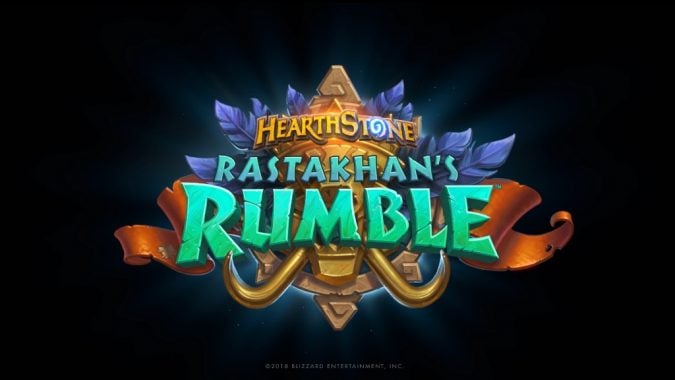 During the Puzzling Dungeons and Bewitching Hunts Panel at BlizzCon, players learned more about the history of single player gameplay in Hearthstone, as well as the first details of the Rumble Run, the single player experience in Rastakhan's Rumble. 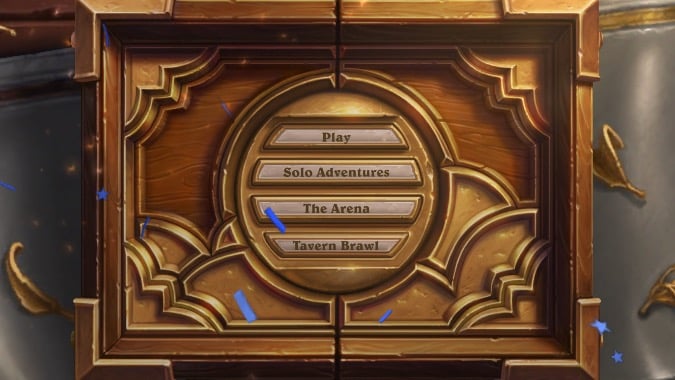 Sure, the expansion leaked early, but we still don't know all the details.

Hearthstone has, at long last, its Troll expansion.